Investigating the normal functioning of the female reproductive tract and associated diseases can present several challenges. It "is unique at many levels and although we have learned a tremendous amount using animal models, there are species differences in the anatomy and physiology of the reproductive tract. Studying the human reproductive tract is limited by obvious ethical concerns and thus what we know is based on studies that have been performed on human tissues that are otherwise discarded after surgery and pathology examination” explains Dr. J. Julie Kim, Susy Y. Hung Associate Professor of Obstetrics and Gynecology, Northwestern University.

Dr. Kim and a team of scientists from Northwestern University are hoping to overcome some of these challenges with the development of EVATAR, a 3D organ-on-a-chip model of the female reproductive tract, which can mimic a normal 28-day hormone cycle. Made up of an ovary, fallopian tube, uterus, cervix and liver, EVATAR provides a platform for studying the effects of drugs and learning more about diseases such as endometriosis and cervical cancer. It is hoped that the palm-sized model could help to advance women’s health and fertility. 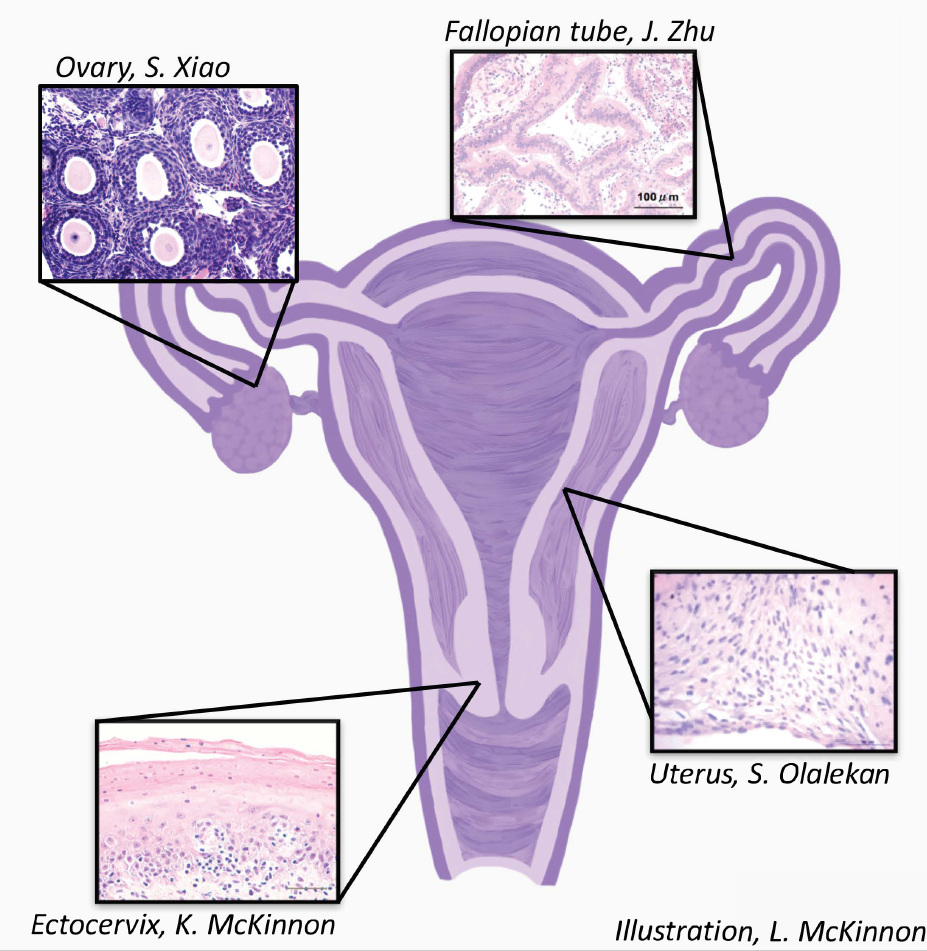 “The novelty of this technology lies in the use of human tissues, the long term culture, and the communication between 5 different tissues in a state-of-the-art microfluidic platform,” says Dr. Kim.

A vital component developed for EVATAR is a universal blood-like medium which enables the flow of hormones and nutrients between the 5 discreet tissue compartments.

“Initially we thought this would be a significant challenge.  Each of the tissue compartments were studied in isolation before EVATAR was built by the lead investigators and media was different for each of the tissues.  We learned through EVATAR that the communication of tissues was essential as the tissues were sharing all the factors that were released by each other that allowed long term survival,” explains Dr. Kim. 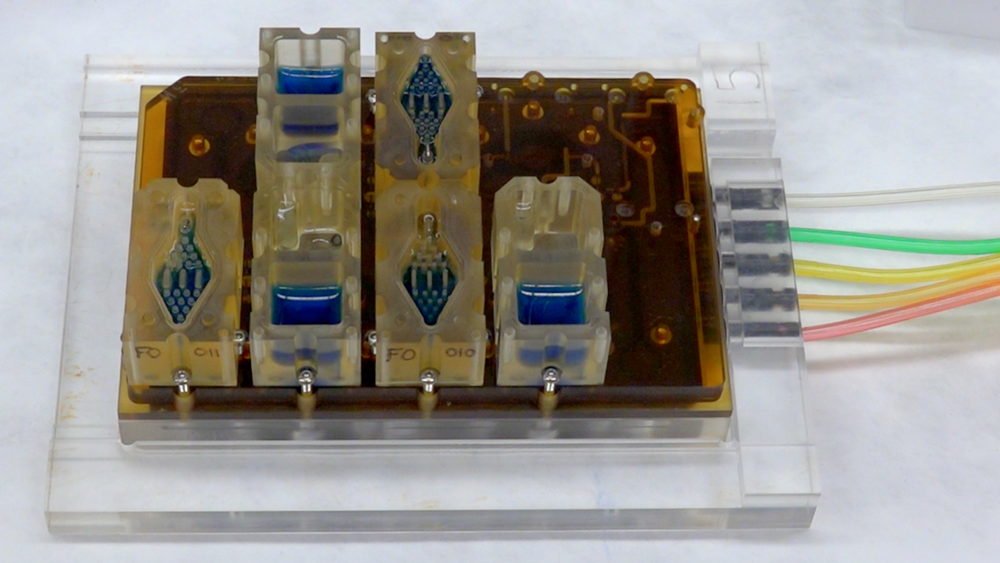 EVATAR is part of NCATS’ Tissue Chip for Drug Screening initiative. This multi-center project, which launched in 2012, aims to improve the drug discovery process by developing human tissue chips that provide more accurate representations of human organs. The hope is that these models will lead to earlier detection of toxicity or efficacy problems and reduce the amount of drugs failing in human clinical trials. Uniquely, EVATAR will enable researchers to study the effects of drugs on females, an often underrepresented population in drug discovery and safety clinical trials.

Another particularly promising application of EVATAR is the role it could play in personalized cancer treatment. “We can study human tumors in such a system as EVATAR, outside of the woman’s body, treat them long term with hormones and/or drugs and measure specific endpoints.  This system could be used to predict how tumors will respond to specific treatments and identify biomarkers as well that could benefit how women are treated in a more personalized manner” says Dr. Kim.

EVATAR is just one example of the growing trend of using microfluidic platforms in biological research. The benefits of this technology are vast, and can include smaller sample volumes and reagent use, as well as increased throughput and sensitivity.

“Microfluidics is the new frontier and will be used by research labs as conventional cell culture is used today.  We have and continue to learn a great deal using cell lines and conventional cell culture, however, we have exhausted its discovery potential and need to move to systems that more closely reflect the human condition.  We have entered into the era of big data and personalized medicine.  We need the research tools that can keep up with and make sense of all the information we are generating.  Microfluidics is one technology that allows high throughput analysis of multiple systems,” states Dr. Kim.

It seems that devices such as EVATAR could lay the foundations for the future of drug discovery, disease research and personalized healthcare. The next phase of NCATS’ Tissue Chip for Drug Screening program was announced at the end of last year, with funding of $13.5 million being provided for the Tissue Chips for Disease Modeling and Efficacy Testing initiative. This will enable the further creation of physiologically relevant models of human diseases using tissue chip technology. The ultimate aim is to create an integrated human on a chip, which could revolutionize the drug discovery and personalized medicine fields.