Alison Halliday holds a PhD in molecular genetics from the University of Newcastle. As an award-winning freelance science communications specialist, she has 20+ years of experience across academia and industry.
Learn about our editorial policies
Credit: iStock.

Complete the form below and we will email you a PDF version of "A Renaissance for Microflow Liquid Chromatography Mass Spectrometry?"

As precision medicine drives the development of more targeted drugs, demands are increasing for more complex biomarker analyses – and so researchers are striving to develop new techniques that are robust, highly sensitive, and use ever-smaller sample volumes.

Liquid chromatography coupled with mass spectrometry (LC-MS) is widely-used for separating, identifying and quantifying substances in biological samples. The first step involves pumping a sample preparation at high pressure through a chromatography column.

“Really, there are three kinds of liquid chromatography used in general practice – nanoflow, standard flow – and microflow, which is seen as a bit of a compromise,” says Scott Denham, Deputy Mass Spectrometry Core Manager at the Edinburgh Clinical Research Facility.

With each type distinguished by the choice of column size and flow rate, standard flow is usually favored for its speed and robustness – and nanoflow for its sensitivity. Although there’s no universal definition of microflow, it sits somewhere in between.

Despite being around since the 1970s, microflow has not been widely adopted by mass spectrometry laboratories – but it may now be experiencing a comeback.

Dr Natalie Homer, Mass Spectrometry Core Manager in the same laboratory in Edinburgh, explains why they recently decided to invest in a new instrument: “We’d been exploring the notion of microflow as an extra tool in our kit – what directed us to the idea was the increase in sensitivity and the possibility of using smaller sample volumes.” 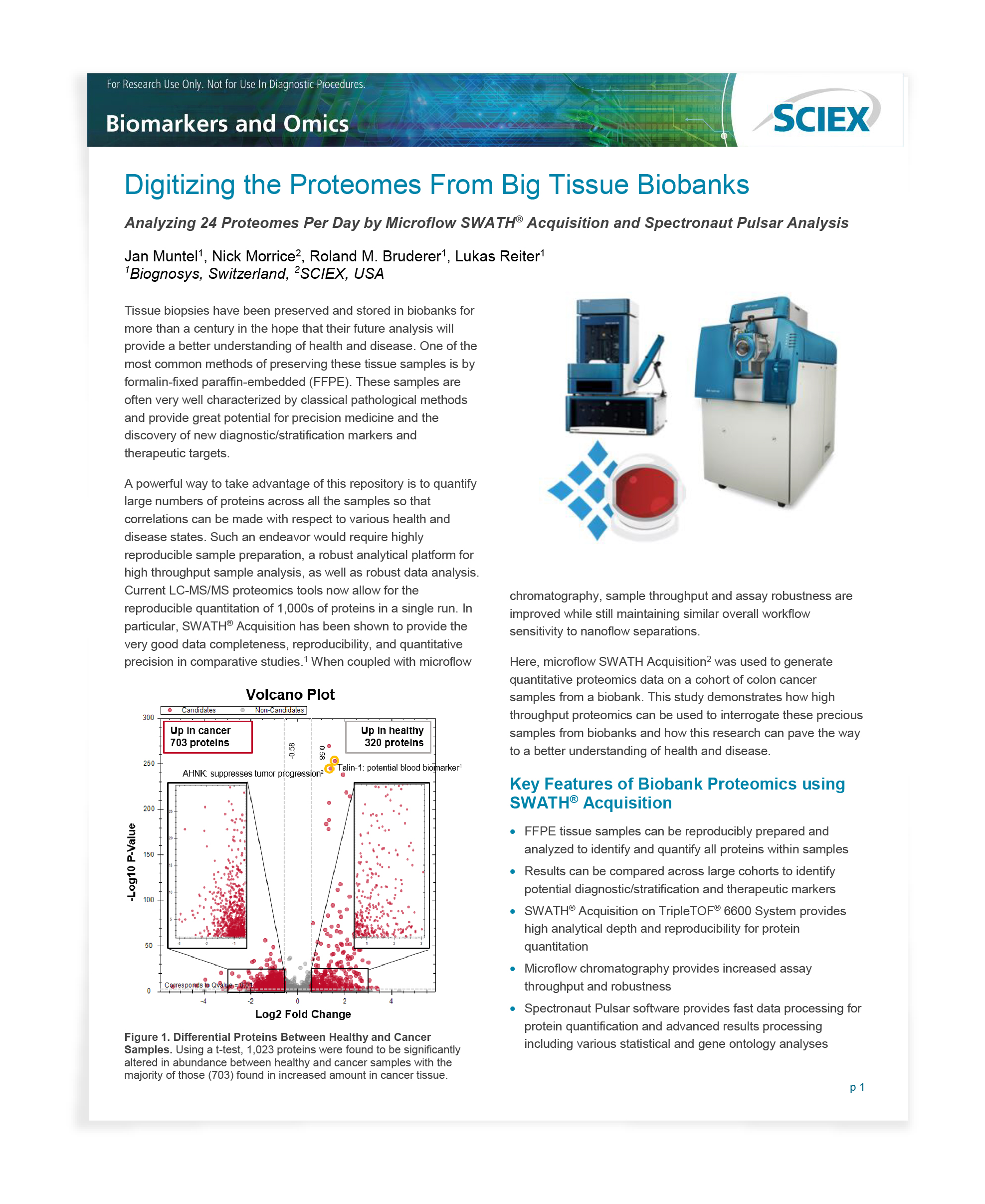 Download this Tech Note to learn how you can obtain high throughput analysis, high analytical depth and fast data analysis and results processing.

Microflow offers a ‘middle ground’ for speed and sensitivity

Standard flow techniques are very popular as they offer both speed and robustness, while nanoflow offers the ultimate in sensitivity – with this increase due to the extremely small amount of liquid entering the ion source at a given time, which results in more efficient ion formation.

“We use nanoflow for the analysis of proteins and their post-translational modifications, so we require very sensitive analytical techniques,” explains Dr Pedro Cutillas, Turing Fellow at the Alan Turing Institute in London.

But its drawbacks include complexity and slowness – nanoflow methods can take hours to run.

“We have to use very narrow capillaries, so we can have issues with clogging – and we need longer times for columns to be equilibrated and conditioned so that has an impact on throughput,” says Cutillas.

Standard flow methods are much faster, but the payback is a loss of sensitivity.

“Microflow kind of sits in that middle ground – although it’s not as sensitive as nanoflow, it’s faster,” says Denham.

Improved levels of sensitivity of microflow are target-specific but can be significant compared to standard flow.

In theory, there could be even higher increases in sensitivity with other molecules - although the sensitivity improvement refers to injecting the same amount of sample.

“But this is not possible using direct injection with microflow – as you would exceed the capacity of the column,” says Denham.

In order to inject equivalent volumes to standard flow requires the use a two-dimensional approach known as trap-and-elute. 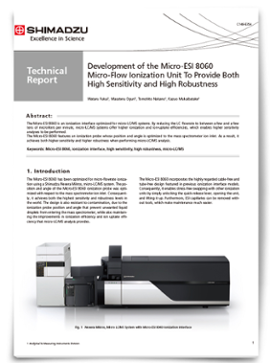 The Micro-ESI 8060 is an ionization interface that has been optimized for micro-flowrate ionization, using a Shimadzu Nexera Mikros, micro-LC/MS system.

Download this tech note to learn how you can enhance ionization, sensitivity, ion uptake efficiency and robustness.

However, while not as fiddly as nanoflow, the additional complexity required to carry out microflow does mean a greater potential for things to go wrong – with diagnosing leaks still one of its biggest challenges.

“Using standard flow methods, it is easy for an operator to physically ‘see’ if the system is leaking – but in microflow, you just won’t know you have a leak because it’s such a low flow rate – all you’ll see is that your chromatography just looks bizarre or wrong,” says Denham.

But the software on many systems is improving and can now tell if there’s a leak – and other improvements in technologies are also helping to improve its robustness.

“For example, we switched to a new kind of tubing that meant we could ensure there was no dead-volume at connections between the valves and the columns – and this was extremely significant,” explains Denham.

With the help of such advancements, microflow offers attractive opportunities for more robust, high-throughput analyses – with better sensitivity than standard flow.

“It’s not until recently it was considered robust enough to do high-throughput targeted analysis, which is what you’re generally doing in a bioanalytical laboratory,” explains Denham.

“We can either take the same amount and get greater sensitivity – or use less of a sample and get the same sensitivity,” says Denham.

Using lower volumes to achieve the same result can be equally as important to consider as improved sensitivity – enabling researchers to extract more information from their precious clinical samples.

“Especially if you work in a drug trial, there may be a demand to measure a lot of things – so you might have to measure your drugs, as well as five or six biomarkers. So, the amount of sample available for an individual analysis is getting more and more restricted,” says Denham.

Another factor in favor of microflow is its environmental sustainability, with the technique using almost 200 times less solvent compared to standard flow.

“We calculated that a standard flow system running for 24 hours uses maybe over 700 ml of solvent – whereas the microflow only uses about 4 to 5 ml,” explains Denham.

The need for less solvent may also reduce machine downtime due to reducing the frequency of cleaning cycles required.

“These instruments are costly and being able to keep them up and running as long as possible is actually really advantageous because downtime costs us analytical time,” says Homer.

Best of both worlds?

As we shift towards the delivery of precision medicine, this brings with it an ever-increasing demand for more complex biomarker analyses. But with ethical approval limiting clinical sample volumes, there is a balance to achieve between sensitivity and the amount of sample required for an analysis.

“We’re always interested in trying to improve the sensitivity of our assays – and the less sample we need, the happier the researcher is!” says Homer.

Microflow, now more robust than ever before, could be poised to fill an important niche between standard and nanoflow techniques.

“Microflow is a kind of ‘best of both worlds’ – it’s more sensitive than standard flow and more robust than nanoflow,” says Cutillas.

Complete the form below to unlock access to this Audio Article: "A Renaissance for Microflow Liquid Chromatography Mass Spectrometry?"

How Foods Impact Our Health: What Do We Know?