Cation vs Anion: Definition, Chart and the Periodic Table

Cation vs Anion: Definition, Chart and the Periodic Table

Complete the form below and we will email you a PDF version of "Cation vs Anion: Definition, Chart and the Periodic Table"

If an atom, or atoms, has a balanced number of electrons (negative charge) and protons (positive charge) they are neutral overall. However, if they are not balanced, they will be charged. These charged species are called ions.

What is a cation?

A cation has more protons than electrons, consequently giving it a net positive charge. For a cation to form, one or more electrons must be lost, typically pulled away by atoms with a stronger affinity for them. The number of electrons lost, and so the charge of the ion, is indicated after the chemical symbol, e.g. silver (Ag) loses one electron to become Ag+, whilst zinc (Zn) loses two electrons to become Zn2+. 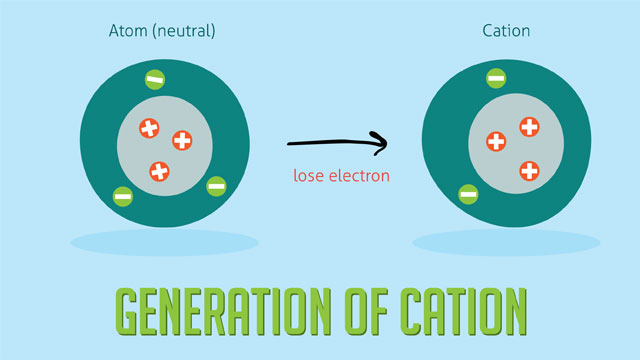 What is an anion?

An anion has more electrons than protons, consequently giving it a net negative charge. For an anion to form, one or more electrons must be gained, typically pulled away from other atoms with a weaker affinity for them. The number of electrons gained, and so the charge of the ion, is indicated after the chemical symbol, e.g. chlorine (Cl) gains one electron to become Cl-, whilst oxygen (O) gains two electrons to become O2-. 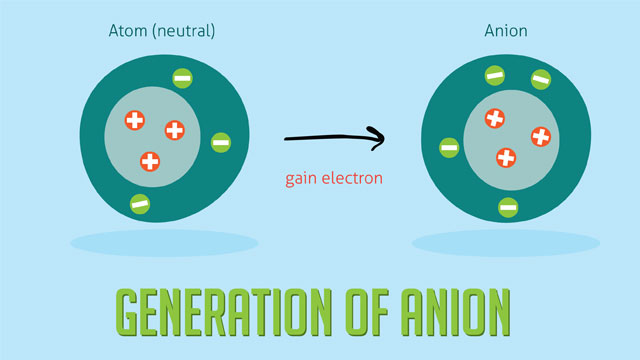 The main differences between cations and anions are summarized in the table below.

It can be possible to predict whether an atom will form a cation or an anion based on its position on the periodic table. Halogens always form anions, alkali metals and alkaline earth metals always form cations. Most other metals form cations (e.g. iron, silver, nickel), whilst most other nonmetals typically form anions (e.g. oxygen, carbon, sulfur). However, some elements are capable of forming both cations and anions given the right conditions. One example is hydrogen, which may gain (H-) or lose (H+) an electron, forming hydride compounds such as ZnH2 (where it is an anion) and hydron compounds such as H2O (where it is a cation).

Elements in group 18 of the periodic table – the “noble gases”, tend not to form ions due to the arrangement of their electrons which makes them generally unreactive. 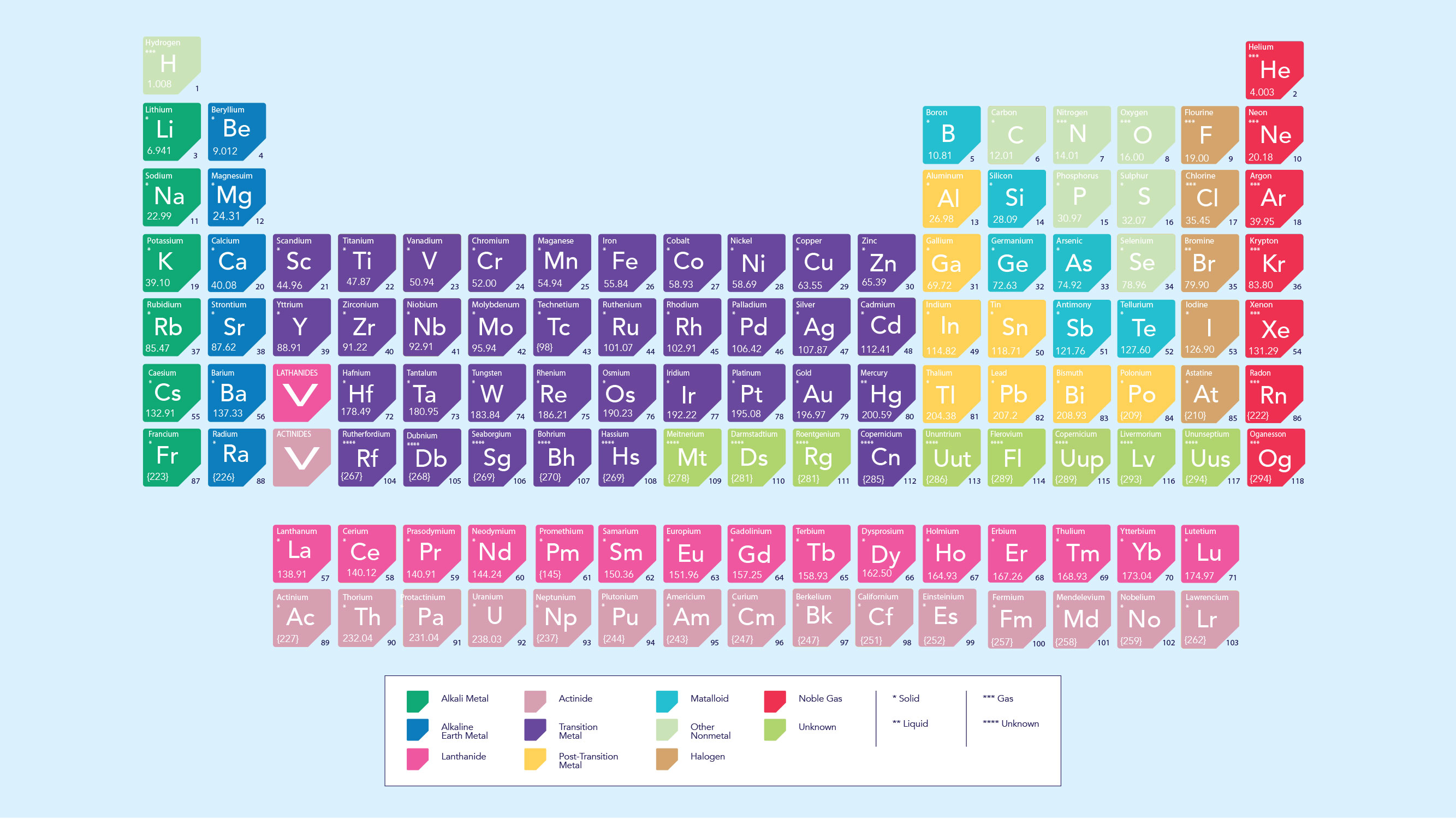 Cations and anions come in many sizes across the periodic table, as seen in this video.

Ionic properties can be exploited by chemists for a range of purposes. Ion-exchange chromatography for example relies on the affinity of the molecules being separated for the stationary phase based on their charge properties to enable separation.

Ionic properties are central to the function of batteries too. Batteries have two electrodes made of conductive material, the cathode which is the positive end where the electrical current leaves/electrons enter, and the anode where the electrical current enters/ electrons leave. In between the electrodes is an electrolyte liquid or gel that contains charged particles – ions. As this ionic substance reacts with the electrodes it generates electrical current. In single use, dry cell batteries, zinc is commonly used as the anode whilst manganese dioxide is a popular choice for the electrolyte cathode. The zinc anode also acts as the battery’s container in zinc-carbon batteries so as it oxidizes during use, the contents can start to leak over time. 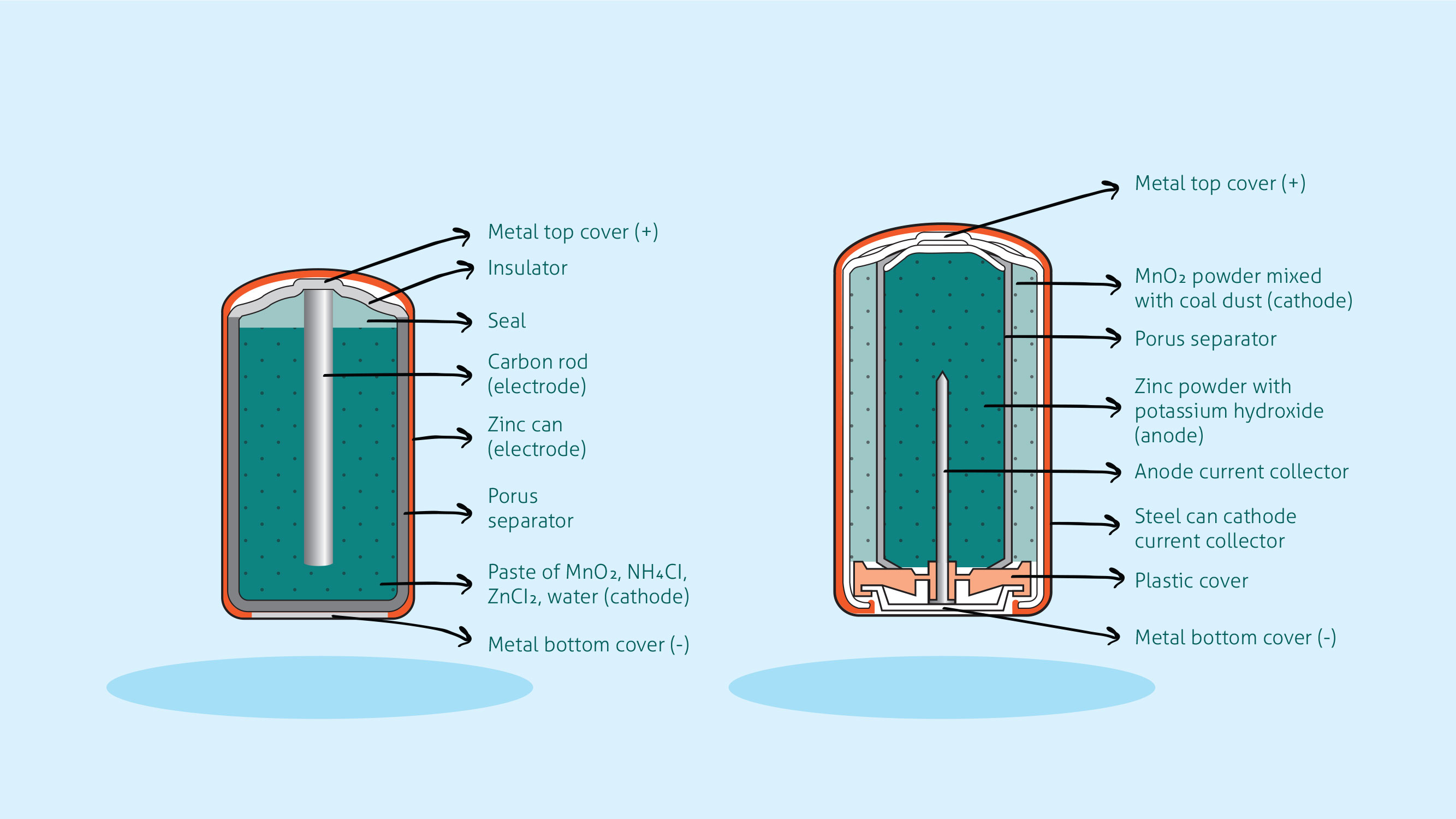 In rechargeable batteries, such as many lithium-ion batteries, this chemical process is reversible and the internal structure different which allows the batteries to be recharged.

Due to the ionic properties of salt water, scientists are now striving to exploit the ionic electricity-generating potential of salinity gradients where salt water and fresh water mix as a green source of energy generation for the future.