Improving a Satellite’s Vision of Glaciers at 500 km

Improving a Satellite’s Vision of Glaciers at 500 km

From the ground, to space, technologies are developed and deployed to help us protect and better understand the world around us, improve the human condition, and contribute to the advancement of technologies that further our understanding in those fields.

On 15th September 2018, NASA launched the ICESat-2 satellite [1] with a mission to measure the changing heights of glaciers on Earth (Figure 1) in an effort to better monitor changes of our warming planet. New laser-based technologies (Q-Switch) were an important part of the glacier height detection system and a Cary 7000 Universal Measurement Spectrophotometer (UMS) was employed to help develop and verify the critical laser optics used in the system.

The difficulties in detecting glacial height changes from a satellite orbiting 500 km (310 miles) above the earth should not be underestimated. It’s akin to trying to visually determine if a single sheet of paper is missing from a ream of 500 sheets while standing at the opposite end of a football pitch. The harshly cold space environment only adds to the challenge, as does the lasers high power which can easily damage optics it interacts with before leaving the satellite.

“It’s very critical when you fire the lasers that you don’t have contaminants because you could damage the optics,” said Donya Douglas-Bradshaw, the project manager for ICESat-2’s sole instrument [2].

A rapidly pulsed green laser sends 300 trillion photons to the ground and measures the time of travel of the few photons that manage to make the return journey [2]. The critical optics used, based on RTP crystals (Figure 2), are widely used for electro-optical and high damage threshold applications [2]. Optical coatings are often applied to reduce reflection from a material (to enhance transmission) or sometimes to the contrary, to enhance reflection (and reduce transmission). 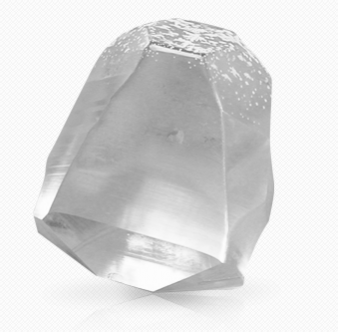 The Cary 7000 UMS (Figure 3) is a UV-Vis-NIR spectrophotometer designed to measure angular reflectance and transmittance of samples in wavelengths from the ultra-violet (250 nm), through visible (including green laser wavelength’s) to near infrared (2500 nm). 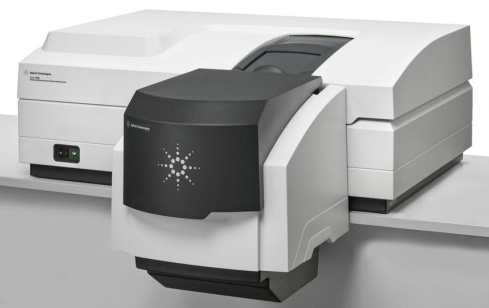 In the case of the ICE-SAT2 Q-Switch laser, it was the instrument of choice used to precisely check, and characterize, the effectiveness of optically coated, or uncoated, RTP crystals used in the Q-switch laser system.

The criticality of the quality of optical coatings in high powered lasers is best appreciated by considering laser-based systems that are designed to cut through sheet metal. Before the laser beam exits the laser, the laser’s own internal optics must contain and control that energy before it directed toward the metal sheets. Q-switch lasers can harness high peak power output (Giga Watt pulses) requiring that its windows have high transmission and very low absorption, and its mirrors have extraordinary high reflectivity (>99.9%).

Accurate characterization of a lasers components using a spectrophotometer ensures that the ICE-SAT2 satellite can performs its role of detecting glacial height changes. In June 2019 the scientific community was given its first opportunity to review ICE-SAT2 data, and regular updates can be found on the NASA ICE-SAT2 website.