JPK NanoWizard® Applied to a Wide Range of Research

JPK NanoWizard® Applied to a Wide Range of Research 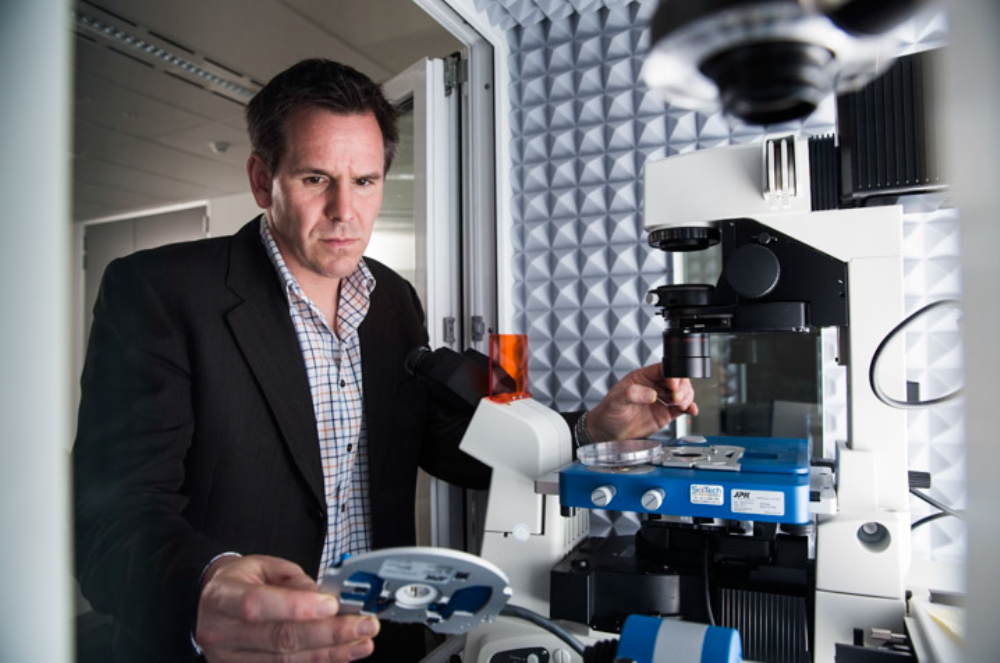 JPK Instruments reports on the use of their NanoWizard® AFM system at the University of South Australia, Adelaide. AFM is being applied to many areas including smart wound healing, plant toxicology and novel methods of nanoparticle characterization.

Dr Gordon McPhee is head of production for NextCell Pty in Adelaide, Australia. Situated on the Mawson Lakes Campus, he is located next to the University of South Australia (UniSA), Australia's leading university for interdisciplinary research, where he has access to their instrumentation as part of the group of Professor Nico Voelcker at the Future Industries Institute. Here, he uses JPK's NanoWizard® AFM system in multiple programs. These include investigating advanced materials for smart wound healing alternatives; characterization of live cell behaviour as influenced by substrate properties for skin graft improvements; new methods of mass spectrometry (MS) sample characterization leading to refined MS data analysis; understanding plant resistance methods to toxins; and novel methods of nanoparticle visualization.

Describing the uses of the NanoWizard®, Dr McPhee says “Often the AFM can contribute to more than one aspect of a project. For example, Quantitative Imaging or QI™ mode can deliver data on cell elasticity/morphology complemented by force spectroscopy performed on the substrate of choice. The ability to easily work on temperature controlled liquid immersed samples is also very useful for polymer material investigations. The instrument has proven a versatile addition to a very multidisciplinary group.”

Talking of the benefits of the design and operation of the NanoWizard®, Dr McPhee says “The tip-scanning approach of JPK versus the stage scanning approach of some other commercial designs of AFM is essential for combined fluorescence/AFM imaging and other biological applications. Integration with the JPK TopViewOptics™ allows accurate tip positioning on opaque samples such as porous silicon. The BioCell™ makes temperature control in liquids simple and allows live cell work to be performed. The variety of operating modes such as QI™, Force Mapping, conductive and traditional imaging, plus the ability to switch between them without changing any hardware is very convenient.”