Triggering All Arms of Immunity

Maximising the efficacy of a vaccine, whilst keeping side effects to a minimum, is one of the biggest challenges vaccine developers face.
We spoke to Ted Fjällman, PhD, Chief Executive Officer at Prokarium, to learn how their platform is helping to overcome this challenge and develop new vaccines against emerging diseases and potential bio-terrorist threats.
AM: Prokarium has recently been awarded £2M funding from the UK and Mexican Governments. Can you tell us more about what this funding will be used for?
TF: Certainly, it will firstly be used to exemplify the wide applicability of our oral vaccine platform, Vaxonella, and secondly to test Vaxonella as an integrated system in the clinic for the first time. Specifically, we’ll use half of the £2M to bring a plague vaccine into a phase 1 clinical study at our UK clinical CRO site Biokinetic Europe. This will demonstrate both the safety and immunogenicity of Vaxonella-based vaccines in humans. About a quarter of the money will be used to test our Vaxonella platform’s ability to deliver a Zika vaccine, while the remaining money will be used to test the manufacture of thermostable Vaxonella-based vaccines, which will be stable at 40oC for more than 12 weeks – something which could revolutionise vaccine delivery in hot countries with little rural infrastructure, like Mexico.
AM: Why is a vaccine for the prevention of plague so important in today’s world?
TF: Everybody knows that plague wiped out many tens of millions of people in the middle ages. What few people know is that it is still out there and rears its ugly head every now and then. Because of improved hygiene, we are not being killed in the millions anymore, but still many hundreds die every year around the world. But the reason it is so important in today’s world is that the bacterium responsible for causing plague, namely Yersinia pestis, is quite easy to culture and can be made into an aerosol, and thus is something that terrorists could make into a weapon. Once infection occurs, Plague has a very high mortality rate, so the only way to really defend ourselves against such a threat would be to create a vaccine.
AM: What challenges need to be considered when developing a vaccine against plague, and how does Prokarium’s new vaccine meet these?
TF: The challenge is to distribute such a vaccine to the population very quickly in response to a bioterror threat or attack and also to store the vaccine for long periods in preparation for such an attack. Prokarium’s Vaxonella platform is stable at 4oC for over three years, so can be stockpiled by governments, can be self-administered orally and is stable at 40oC for more than 12 weeks. This means that you can literally post capsules to people anywhere and they can take the vaccine quickly, without having to visit medical centres and wait for specially-trained nurses to give them injections. It also means that once the oral, thermostable vaccine is available it could be distributed to areas where plague is still a naturally occurring disease also, like in Madagascar.
AM: Prokarium’s Vaxonella® platform will be used in the project. Can you tell us more about this platform and the benefits it offers?

TF: Vaxonella-based vaccines are unlike any others, because one does not actually swallow a vaccine, but instead one swallows a bacterium, which produces the vaccine from within the body’s own immune cells. You simply swallow a capsule or drink a liquid (this is needed for young children who cannot swallow capsules), the bacteria survive the stomach and enter into the small intestine, where they cross the gut lining and are taken up by the body’s own immune cells. This is all part of the natural way the immune system takes up foreign substances and happens daily. What is different is that we’ve programmed these bacteria to start making vaccine once they are engulfed by the body’s immune cells, also called ‘antigen presenting cells’, because they ‘present foreign molecules or antigens’ to the rest of the immune system. This is exactly the place you want to be in the body to create a strong immune system response, but minimise side effects. In comparison, injected vaccines use adjuvants that cause a lot of pain and circulate throughout the body, even to places where they do no good and might even do some harm. It is also important to point out that the body defends itself against invading diseases in different ways, not only with antibodies that bind foreign substances, but also with so called T-cells, which provide defence against diseases that invade cells. Only by mimicking a disease that invades cells, can a vaccine trigger all arms of immunity, and unlike injected vaccines Vaxonella does just that! 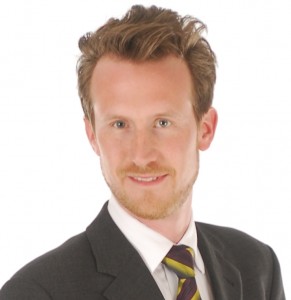