Call for Clarity After EU Ruling on Gene-Edited Crops

The John Innes Centre has joined a call for the Government to address the implications of a European Union judicial ruling that classes gene-edited crops as Genetically Modified Organisms (GMOs).

The group of 33 signatories, which also includes farmer and landowner organisations, collectively undertakes hundreds of millions of pounds of private and public-funded research and development into plant science every year, employing hundreds of scientists and crop specialists across the UK. 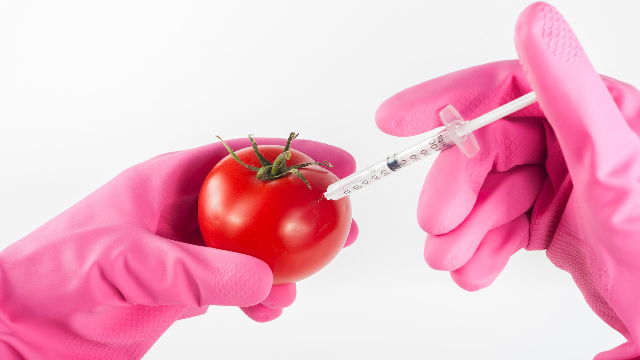 END_OF_DOCUMENT_TOKEN_TO_BE_REPLACED

The letter requests a round-table meeting involving all stakeholders and Defra to agree a clear way forward on research and future use of new plant-breeding technologies.

It adds: “We feel there are significant questions that must be addressed urgently by government if the UK is to retain its strength in plant genetics, to use innovation to boost productivity and competitiveness, and to meet the challenges of nutritional health and environmental protection.”

The move follows the shock ruling in July by the Court of Justice of the European Union (CJEU) that concluded organisms obtained by newer forms of mutagenesis, such as gene-editing, are GMOs.

Unlike traditional genetic modification which may involve insertion of foreign DNA into an organism, gene-editing is a group of technologies involving the precise replacement of one DNA sequence with another.

This ruling went against the recommendation to exempt new techniques, made by the EU Advocate General in January. It also differs from the position taken by other global authorities, such as those in the US and China, that they should be treated as bred by conventional techniques.

Defra has since reiterated its view that “gene-edited organisms should not be regulated as GMOs if the changes to their DNA could have occurred naturally or through traditional breeding methods”.

The views expressed in the letter were drawn together by Oxfordshire farmer and editor of Crop Production Magazine Tom Allen-Stevens, working with the National Farmers’ Union.

“As a farmer myself, I’m greatly concerned that as a result of this ruling, the fruits of this valuable research may never reach my farm, and that research into gene-edited crops in the UK may cease altogether,” he said.

The CJEU ruling in July drew widespread concern from many research organisations at the cutting edge of plant science.

Professor Wendy Harwood, of the department of Crop Genetics at the John Innes Centre said: “The CJEU decision could have major negative impacts on our ability to respond rapidly to the challenges of providing sufficient, nutritious food, under increasingly challenging conditions.”

Professor Nick Talbot, director of The Sainsbury Laboratory, Norwich, described the ruling as: “a retrograde step that is not based on any scientific evidence,” adding. “Precise modern gene editing technologies allow accurate, predictable changes to be made in a genome. To classify gene edited crops as GMOs and equivalent to transgenic crops is completely incorrect by any scientific definition.”

The 33 signatories of the letter are:

This article has been republished from materials provided by the John Innes Centre. Note: material may have been edited for length and content. For further information, please contact the cited source.