Could Brew Method – and Gender – Be Linked to Coffee’s Association With Increased Cholesterol?

Could Brew Method – and Gender – Be Linked to Coffee’s Association With Increased Cholesterol?

Complete the form below and we will email you a PDF version of "Could Brew Method – and Gender – Be Linked to Coffee’s Association With Increased Cholesterol?"

A new observational study has explored the effect of coffee consumption on serum total cholesterol (STC) levels in adult populations. The research team also collected data on how different brewing methods affect STC, discovering an association that differed across sexes. Their work is published in Open Heart.

How does coffee impact our health?

In March, the National Coffee Association announced that coffee consumption had hit a two-decade high, with 66% of the US population drinking coffee each day, an increase of 14% from January 2021. On a global scale, coffee is the most widely consumed beverage: statistics suggest that approximately two billion cups are drunk every day.

As coffee consumption has continued to increase, the scientific community has published a plethora of research examining whether it carries any potential health benefits or adverse effects. 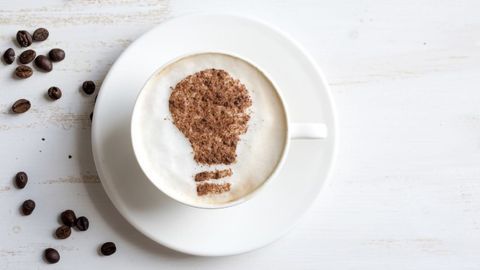 END_OF_DOCUMENT_TOKEN_TO_BE_REPLACED

Cholesterol is a type of fat that is produced by the body and also consumed via animal products. It is required for membranes to support our cells, and also for the production of certain hormones, such as vitamin D. STC refers to the overall measure of cholesterol in your body.

Cholesterol is transported around the body with the help of carrier proteins, known as lipoproteins. There are different categories of such proteins, including:

High density lipoprotein (HDL) – often nicknamed “good” cholesterol, HDL transports cholesterol away from the arteries, preventing it from being deposited and forming plaques.

Low density lipoprotein (LDL) – often nicknamed “bad” cholesterol, LDL can accumulate in artery walls where the cholesterol can cause a narrowing and reduce or prevent blood flow.

Previous research had demonstrated that certain compounds found in coffee may affect levels of cholesterol in the body. “It well known that terpenoids (kahweol and cafestol) found in coffee increase blood cholesterol quite substantially,” Dr. Thomas Sanders, professor emeritus of nutrition and dietetics at King’s College London said. Sanders is not a corresponding author of this study but has research interests in lipids and dietary influences on cardiovascular risk.

To investigate how espresso coffee, specifically, may affect STC levels, the researchers turned to a large data repository in Norway, the Tromsø Study. The study is cited as the “most comprehensive and most participated population study” in Norway and has enrolled over 45,000 participants since 1974. It has been repeated every six to seven years during 1974–2016.

Svatun and colleagues utilized data from the seventh Tromsø Study, conducted between 2015–2016. From the total Tromsø Study cohort invited to be involved, 21, 083 participants (including 11,074 women and 10,000 men) aged 40 years and older enrolled.

The study adopted a self-report questionnaire and measured body measurements in addition to taking blood samples in order to quantify STC levels and observe how this varied depending on coffee consumption.

In the questionnaire, participants were asked how many cups of coffee they drank each day. If participants did consume coffee, they were invited also to report their method of brewing: French/ plunger, filtered coffee, instant coffee and espresso coffee from machines or pods. It’s important to note here that the researchers did not provide suggestions for a standard cup size in the questionnaire.

When compared to drinking 0 cups of coffee each day, participants that drank between three and five cups of espresso were found to have significantly increased STC levels. This increase was higher in men (0.16 mmol/L) than in women (0.09 mmol/L).

For French / plunger coffee, a total intake of six cups or more was also associated with increased STC levels, but this increase was found to be similar across both men (0.23 mmol/L) and women (0.30 mmol/L).

Consuming six or more cups of filter coffee was found to be associated with increased STC in women (0.11 mmol/L), but not in men.

While these observational findings might suggest that gender, and the type of brewing method, could influence how coffee effects STC levels, there are several limitations to the study that must be considered.

“While the variation in association between coffee consumption and cholesterol levels observed when stratifying the population by sex and method of brewing coffee are interesting, caution should be taken in interpreting causal effects, Dr. Dipender Gill, NIHR clinical lecturer in clinical pharmacology and therapeutics at St George’s University of London said. The differences observed might be explained by other, unrelated factors, he adds: “Specifically, men and individuals with a preference for a certain type of coffee may happen also to have other lifestyle factors that affect their cholesterol levels.”

Gill emphasized that, generally, observational studies can be limited in terms of demonstrating causation, and randomized clinical trials are most often required.

In addition, the researchers did not gather data on the size of the coffee cup. It has been noted that, in Norway, espresso cups can be larger than those in other regions, making it difficult to generalize the observed findings.

In addition, the authors gathered data on STC levels, which does not differentiate between the different types of cholesterol circulating in the blood stream.

June Davison, senior cardiac nurse at the British Heart Foundation said, “They also didn’t account for factors such as adding milk or sugar to coffee, which could have an impact on people’s health. More research is needed to look into this further.”

Davison emphasized that the findings of this study shouldn’t worry you if you are partial to a cup of coffee. “For most people, a moderate amount of coffee is fine,” she said. However, she offered a word of caution if you are a fan of adding flavored syrup, or a whip of cream on top of your cup of joe: : “These can increase your sugar and saturated fat intake,” which can of course have a wider impact on cholesterol and general health.