Molly Campbell is a senior science writer at Technology Networks. She holds a first-class honors degree in neuroscience. In 2021 Molly was shortlisted for the Women in Journalism Georgina Henry Award.
Learn about our editorial policies
Credit:Kelly Sikkema on Unsplash.

A study by the Environmental Working Group (EWG) has identified high levels of “forever chemicals” in freshwater fish consumed in the United States (U.S.).

Per- and polyfluoroalkyl substances (PFAS) are a group of toxic fluorinated chemicals, often referred to as “forever chemicals” due to their resistance to environmental breakdown. 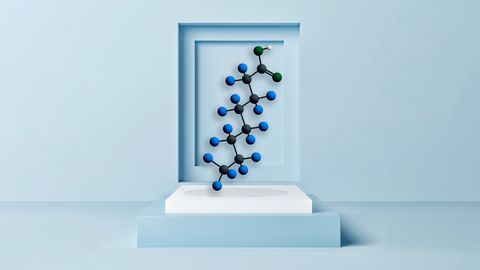 The Emerging Crisis of “Forever” Chemicals

END_OF_DOCUMENT_TOKEN_TO_BE_REPLACED

PFAS have been used in consumer products for many decades, and it’s only recently that their potentially harmful effects on the environment and human health have been unraveled. By this point, however, PFAS have made their way to some of the most remote corners of the globe. They are ubiquitous in the environment, contaminating air, water, soil and the food we eat.

Researchers from the EWG are calling for strict regulations on PFOS and other members of the PFAS group. In a new study published in Environmental Research, it has investigated fish as a dietary exposure to such chemicals. “The present study provides the first analysis to estimate the relationship between fish consumption and PFAS in serum in the U.S. population and to compare PFAS in freshwater fish with commercial seafood samples in the U.S.,” the authors write.

The research team collected data on over 500 samples of fish fillets obtained in the US between 2013–2015 under monitoring programs by the United States Environmental Protection Agency, the National Rivers and Streams Assessment and the Great Lakes Human Health Fish Fillet Tissue Study.

The EWG found that the median level of PFAS in freshwater fish was 280 times greater than PFAS detected in commercially caught and sold fish – a figure it describes as “astounding”. Of all the PFAS chemicals tested, PFOS was found at the greatest concentration in freshwater fish. Consuming one meal of freshwater fish could lead to similar PFAS exposure as consuming store-bought fish every day for a year.

“People who consume freshwater fish, especially those who catch and eat fish regularly, are at risk of alarming levels of PFAS in their bodies,” said Dr. David Andrews, EWG senior scientist and one of the study’s lead authors. “Growing up, I went fishing every week and ate those fish. But now when I see fish, all I think about is PFAS contamination.”

Freshwater fish are a critical source of protein for many populations. Consumption of contaminated fish – even in small amounts – can elevate the levels of “forever chemicals” in individuals’ bloodstreams, causing potential health risks, the EWG emphasized.

"PFAS contaminate fish across the US, with higher levels in the Great Lakes and fish caught in urban areas,” said Dr. Tasha Stoiber, an EWG senior scientist and co-author of the study. “PFAS do not disappear when products are thrown or flushed away. Our research shows that the most common disposal methods may end up leading to further environmental pollution.”

This article is a rework of a press release issued by the Environmental Working Group. Material has been edited for length and content.