How to Predict Plant Size

How to Predict Plant Size

Thanks to this method, which is based on the knowledge that a set of genes is associated with the final size of a leaf, scientists will be able to significantly accelerate plant breeding programs. The VIB/UGent scientists were able to identify this set of genes through advanced and highly detailed analyses. Expression analysis of specific genes will help breeders select the most useful crossing products at a very early stage.

Smart breeding thanks to good understanding of genetic processes

It takes a long time to develop new strains of plants with a greater yield or greater resistance to disease. Selecting the most useful crossing products, in particular, is a labor-intensive, time-consuming and expensive process. At present, breeding products must be manually infected to determine whether they are disease-resistant, while corn plants must first produce ears before their yield can be determined. This selection process can be made much more efficient by choosing plants on the basis of genetic data rather than on the basis of external characteristics. After all, many external properties are contained in DNA. 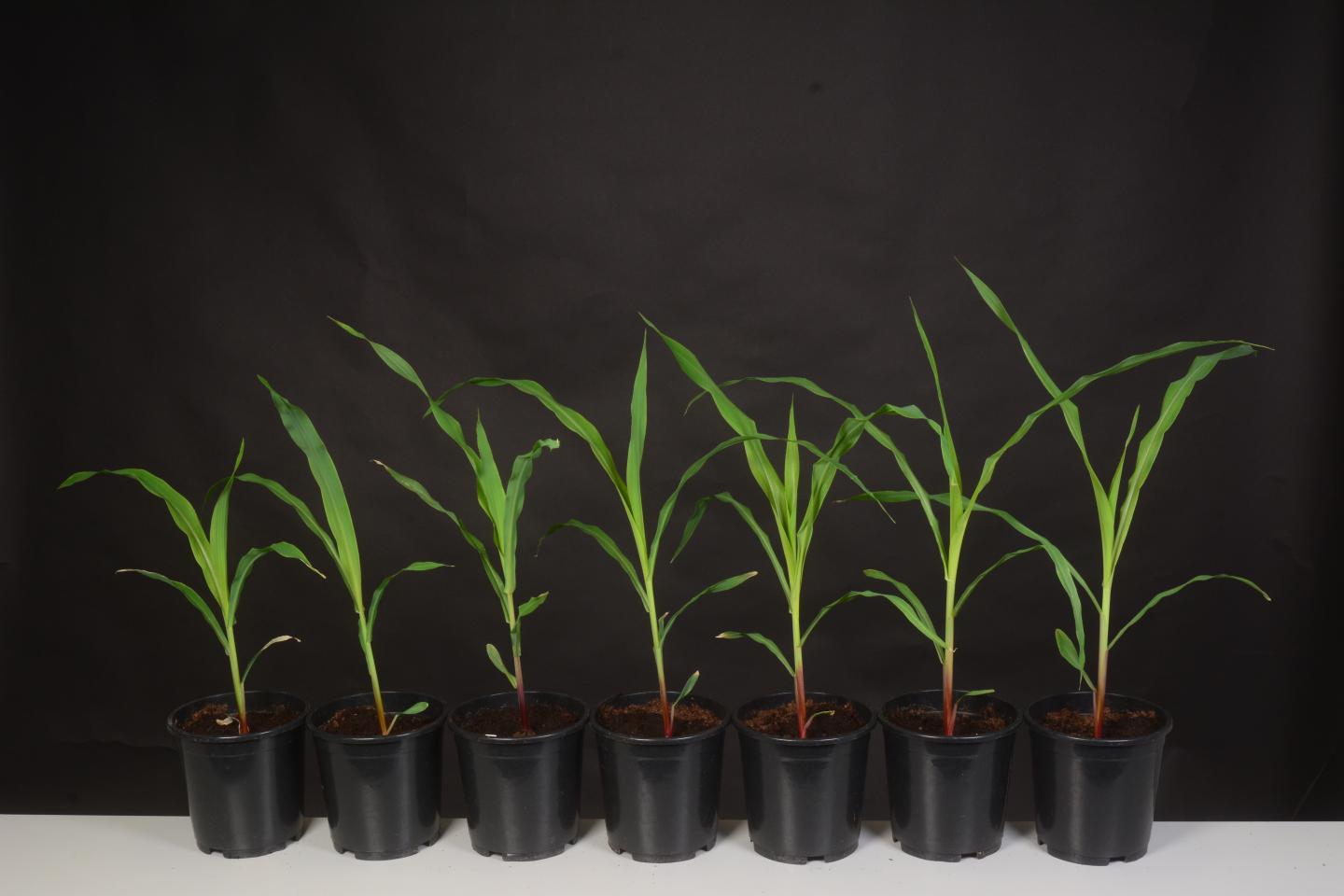 Thanks to an improved understanding of how plant growth and development are regulated at the molecular level, it is now known to a large extent which DNA sequences are responsible for which traits. By identifying the presence of such DNA sequences (also known as genetic markers) in seedlings, it is possible to  predict at a very early stage whether the fully grown plants will be disease-resistant, even without having to infect the plants. This type of breeding is called marker-assisted breeding. A team of scientists from VIB and UGent, led by Prof. Dirk Inzé, developed a new method designed to predict the size of the leaves of a fully grown corn plant while the plant itself is still a seedling. This method is RNA-based rather than DNA-based.

RNA rather than DNA

Hereditary information is contained in DNA. However, not all information is needed in every plant cell. For instance,  the genetic sequence causing plants to flower should not be activated in the roots. Before hereditary information can be expressed, the information in DNA must be transcribed to an RNA molecule, which is then translated into a protein . In other words, the set of all RNA molecules (also known as the transcriptome) provides a much greater insight into which genes actively contribute to a growth process. Plant scientist Dr. Joke Baute, a member of Prof. Dirk Inzé’s VIB research group, and fellow scientists from the Italian Institute of Life Sciences in Pisa conducted a study into the transcriptome of the cell division zone in leaves of corn seedlings. The scientists were able to link a set of RNA molecules to external properties, which are not expressed until much later in the growth process, such as final leaf size and biomass production. This knowledge will allow breeders to make much more specific choices in the plant breeding process in the future.

Agriculture is facing great challenges worldwide. Although the United Nations has predicted that food production will have to increase by 70% by 2050 to feed the world’s population, production levels are under pressure due to climate change and the demand for more environmentally friendly agricultural methods. Innovative strategies for plant breeding, soil management and cultivation methods will be required to achieve the necessary level of agricultural productivity without further destruction to valuable natural ecosystems.

VIB/UGent scientist Dirk Inzé: “We are world leaders in investigating the mechanisms which determine plant growth and plant size. These new insights will help us to accelerate the plant breeding process. In the long term, breeders will be able to select the most useful plants at a very early stage, which will considerably speed up breeding programs.”