Molly Campbell is a senior science writer at Technology Networks. She holds a first-class honors degree in neuroscience. In 2021 Molly was shortlisted for the Women in Journalism Georgina Henry Award.
Learn about our editorial policies
Credit: Petr Magera on Unsplash.
Read time:

Long-term space missions will expose humans to extended periods of microgravity, resulting in a loss of bone mass. Could transgenic lettuce, engineered to produce a hormone capable of enhancing bone growth, offer a solution?

For many of us, a trip to space in our lifetime is unlikely.

For astronauts however, frequent long-haul space flights can take their toll on the human body. The further we venture from planet Earth, the lower the gravitational force, meaning space travelers can spend extended periods of time living in microgravity conditions. A potential consequence of this is a reduction in bone mass. It is estimated that, over a six-month journey in space, the proximal femoral bone loses approximately 10% of its mass. Recovery upon returning to Earth can take up to four years.

“Bone is constantly broken down and reformed to regulate calcium in the blood and to repair microfractures. In microgravity, the balance of these processes shifts such that there is a net loss of bone mineral density,” explains Kevin Yates, a researcher in the McDonald/Nandi laboratory at the University of California Davis (UC Davis). “The shift likely occurs because many bones no longer bear a gravity-induced load. A fracture in space or on Mars would be dangerous and difficult to treat.”

Yates’ research is part of the NASA CUBES (Center for the Utilization of Biological Engineering in Space). The goal of CUBES is to recycle in situ resources to drive the manufacturing of products that can meet a long-standing need for space missions. He is currently focusing on the development of transgenic foods that can synthesize biologically active substances to help combat the adverse effects space travel can have on the human body.

At the spring meeting of the American Chemical Society (2022), Yates and colleagues presented their latest research, developing a transgenic lettuce to target the issue of bone density loss.

What do we mean by transgenic?

Transgenic refers to the introduction of a DNA sequence from another species that is introduced via artificial means.

Drugs can be prescribed to stimulate the formation of bone, such as a medication containing a peptide fragment of the human parathyroid hormone (PTH). However, administration of such medication is often via injection, posing an inconvenience as transportation and storage of syringes and vials is required – not ideal when there are specific weight restrictions for space missions.

But, astronauts have to eat – right? What if there was a method by which they could obtain the medication via their daily food intake? That was the idea behind Yates and colleagues’ latest work. By attaching the fragment crystallizable (Fc) domain of a human antibody to the sequence encoding PTH, they generated a stable and bioavailable form of the medication, PTH-Fc.

Next, they sought methods by which lettuce could produce the peptide fragment. Agrobacterium tumefaciens is a phytopathogen that infects plant wound sites and causes specific diseases via delivery of transferred DNA into the host plant cell. Extensive research and study of the molecular biology involved in this process has led to A. tumefaciens becoming  the most popular bacterium to deliver specific genes into plant cells – a method known as genetic transformation.

Using A. tumefaciens, Yates and colleagues inserted the gene encoding PTH-Fc into lettuce plant cells, and then studied protein levels to decipher whether the peptide was being expressed. On average, the plants were found to express between 10–12 mg of PTH-Fc per kg of fresh lettuce. Space travelers eating the transgenic lettuce would therefore require approximately 380 g of lettuce each day to obtain the required dosage. While lettuce can be delicious in a summer salad or a sumptuous burger, as the saying goes – you can get too much of a good thing. To reduce the quantity of lettuce that the astronauts would be required to eat, Yates is screening the transgenic cell lines: “We are measuring the amount expressed in different lines of transgenic plants and selecting those which express the highest amount,” he says.

Regulatory approvals on Earth Vs space

The lettuce has not yet received a taste test by the research team, as its safety has not yet been determined. However, thorough testing will be conducted, Yates confirms: “In general, transgenic food is tightly regulated [and] therefore thoroughly tested for safety. We are not altering growth characteristics in our lettuce such as by adding drought tolerance; we have only added a gene for PTH-Fc production. The safety and efficacy of PTH-Fc on its own will be established through clinical trials.”

The tight regulations Yates refers to can be a barrier to the accessibility of transgenic foods. Regulatory approvals must be obtained before such products can be marketed, at least on Earth. But what about in space? “I am not an expert on this, but it's likely that the United States Department of Agriculture (USDA) and the US Food and Drug Administration (FDA) would regulate these foods,” says Yates.

The next steps for advancing this research, according to Yates, is to establish the pharmacokinetic and pharmacodynamic behavior of the transgenically produced PTH-Fc. 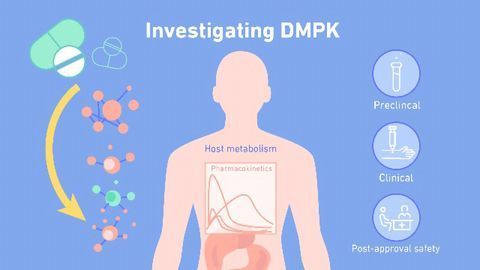 END_OF_DOCUMENT_TOKEN_TO_BE_REPLACED

The team’s vision for transgenic foods extends beyond the leafy greens of the salad bowl, though. In addition to the hormone producing lettuce, the research team are working on a number of other model crops, such as rice, wheat and tomatoes. “We chose lettuce [for this research] because we know it can be grown successfully in microgravity and would likely be included as a crop on long-duration missions. It could be possible to produce biopharmaceuticals in these other plants as well. As part of CUBES, another food source, Arthrospira platensis (commonly known as spirulina), has been modified to produce acetaminophen,” Yates says.

Using plants to manufacture biologically active compounds is not a novel concept. It is a key application of the synthetic biology field, whereby living organisms are “engineered” to produce a specific function or product, such as a biopharmaceutical, a biosensor or a biofuel, to list a few examples. The work of Yates and his colleagues could have more local implications here on Earth, as transgenic foods present an opportunity to overcome global issues in agriculture, such as food shortages and the effect of climate change on crops. “Plant-based production offers a host of new solutions to many diverse kinds of challenges,” Yates concludes.