New research focused on the personal microbial cloud -- the airborne microbes we emit into the air -- examined the microbial connection we have with the air around us. The findings demonstrate the extent to which humans possess a unique 'microbial cloud signature'.

To test the individualized nature of the personal microbial cloud, University of Oregon researchers sequenced microbes from the air surrounding 11 different people in a sanitized experimental chamber. The study found that most of the occupants sitting alone in the chamber could be identified within 4 hours just by the unique combinations of bacteria in the surrounding air.

The striking results were driven by several groups of bacteria that are ubiquitous on and in humans, such as Streptococcus, which is commonly found in the mouth, and Propionibacterium and Corynebacterium, both common skin residents. While these common human-associated microbes were detected in the air around all people in the study, the authors found that the different combinations of those bacteria were the key to distinguishing among individual people. 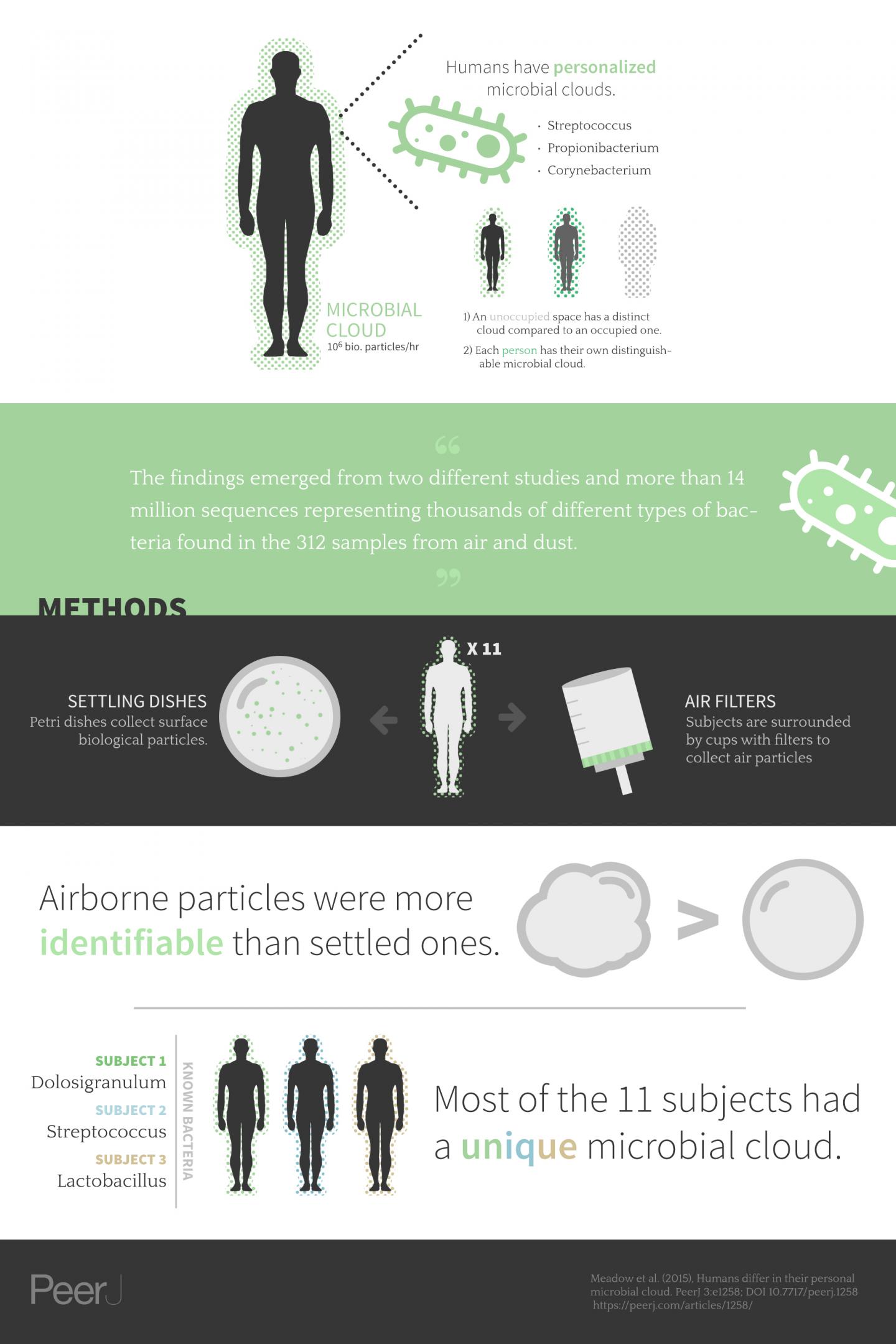 The analyses, utilizing analysis of suspended particulate matter and short-read 16S sequencing, focused on categorizing whole microbial communities rather than identifying pathogens. The findings emerged from two different studies and more than 14 million sequences representing thousands of different types of bacteria found in the 312 samples from air and dust from the experimental chamber.

"We expected that we would be able to detect the human microbiome in the air around a person, but we were surprised to find that we could identify most of the occupants just by sampling their microbial cloud," said lead author James F. Meadow, a postdoctoral researcher formerly from the Biology and the Built Environment Center at the University of Oregon.

"Our results confirm that an occupied space is microbially distinct from an unoccupied one, and and demonstrate for the first time that individuals release their own personalized microbial cloud," the authors concluded.

The research sheds light on the extent to which we release our human microbiome to our surrounding environment, and might help understand the mechanisms involved in the spread of infectious diseases in buildings. The results also suggest potential forensic applications, for example to identify or determine where a person has been, though it is unclear whether individual occupants can be detected in a crowd of other people.