Playing 'Tag' with Pollution lets Scientists See Who's It

Playing 'Tag' with Pollution lets Scientists See Who's It

Complete the form below to unlock access to this Audio Article: "Playing 'Tag' with Pollution lets Scientists See Who's It"

The model can also suggest the most effective way to reduce soot on the plateau, easing the amount of warming the region undergoes.

The work, which appeared in Atmospheric Chemistry and Physics in June, shows that soot pollution on and above the Himalayan-Tibetan Plateau area warms the region enough to contribute to earlier snowmelt and shrinking glaciers. A major source of water, such changes could affect the people living there. The study might help policy makers target pollution reduction efforts by pinpointing the sources that make the biggest difference when cut.

"If we really want to address the issue of soot on the Tibetan Plateau," said Yun Qian, a study co-author at the Department of Energy's Pacific Northwest National Laboratory, "we need to know where we should start." 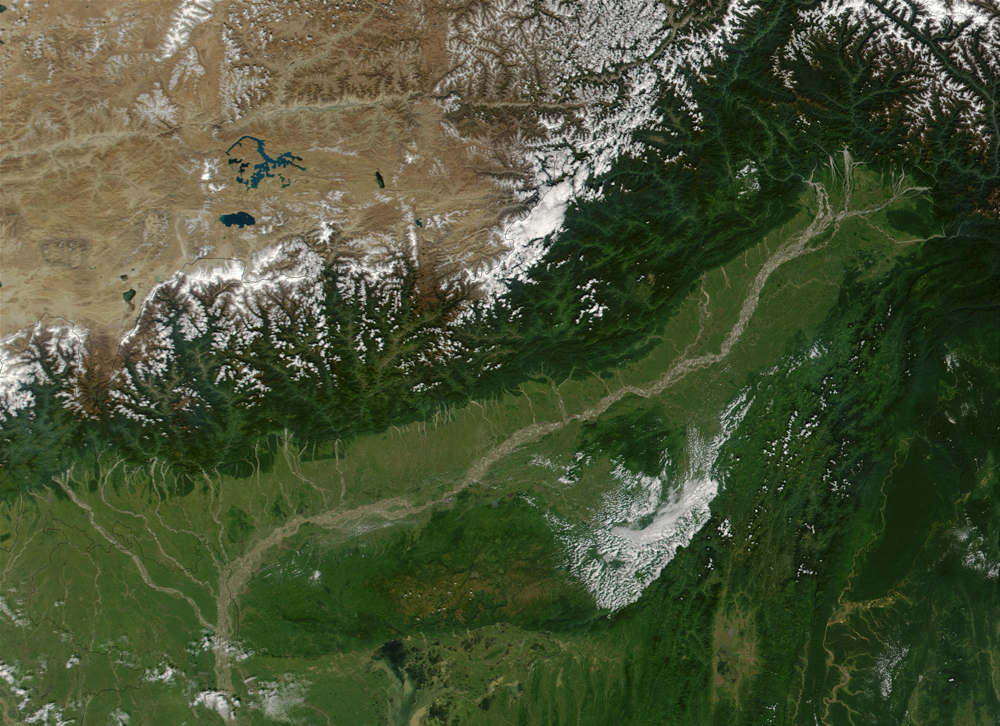 The researchers identified where the soot went and also determined how much warming it caused there. In addition to confirming previous work that soot causes net warming over the entire Himalayan-Tibetan Plateau region, one area stood out. Soot increased the amount of warming on the snowy northwest Plateau in the spring by more than 10 times the annual average of the entire plateau.

"Soot on snow in the northwest plateau causes more warming than all other sources in the area," said corresponding author Hailong Wang, an atmospheric scientist at PNNL. "It's bigger than the effect of greenhouse gases and soot in the atmosphere. The strong heating caused by soot on snow and in the atmosphere can change air circulation over the Plateau, leading to a broader impact on climate."

Often called the Third Pole due to how much ice and snow accumulates there, the Himalayas and Tibetan Plateau are the source of major rivers in nearby countries and changes to them can affect the largest populations in China and India. The mass of frozen water also contributes to the global climate, which is changing as Earth's temperature rises.

Although earlier work showed soot's warming effect over the whole region, the researchers wanted to pinpoint what kind of sources contribute. The team looked specifically at fossil fuel sources, biofuel and biomass sources of soot. For example, people in the surrounding countries use much wood, grass and agricultural wastes to cook with, which the team categorized as biofuel.

To track the soot, the team developed a new way to tag the soot particles emitted from individual sources within a climate model. The method had advantages over other source-attribution methods, which either don't completely isolate contributions from particular sources or require running the model many times to turn the sources off and on one at a time.

Essentially, the team "dyed" 16 sources of soot in a well-known climate model called the Community Atmosphere Model version 5, also known as CAM5. After running the model, the team compared the model's results to actual soot data taken from seven sites in the Tibetan Plateau/Himalayan region and to satellite data of snow cover to see how well it represented soot and snowfall. The model performed well, and taking into consideration the strengths and weaknesses of the model, the team focused on the soot.

While the soot tracker showed where the soot fell or where it hovered in the air above ground, the tracker also showed the path the soot took to its ending position.

"We got a vertical and horizontal view of the pathways," said Wang. "Not only where the soot came from, but also how the air moves it, and how much got removed on its path."

By zooming in on the plateau, the scientists got a great bit of detail, more than would have shown up on a global map. In the close up, the majority of soot that arrives in the Himalayas and the central Plateau comes from biofuel and fossil fuel burning in India; soot arriving in the northeast Plateau in all seasons and the southeast Plateau in the summer come from fossil fuel and biomass burning in China. In the northwest Plateau, emissions from central Asia and the Middle East also contribute significantly.

Running the computer model in this way not only showed which source sent the most soot over, but also can determine which source would make the biggest impact if emissions are cut. The soot destination that changed the most was the northwest Plateau by cuts in central Asia's fossil fuel burning. Cuts in South Asia can effectively reduce the soot level on the entire plateau, especially in the Himalayas.

"The model can be used to test how efficient it would be to cut any particular amount of worldwide emissions," said Wang. "For example, if we wanted to cut global emissions by an eighth, our results can tell us where to cut from to make the biggest reduction on the Tibetan Plateau."

The authors suggest this type of research could be helpful to policymakers interested in reducing the effects of climate change at the Third Pole.