Pouring Fire on Fuels at the Nanoscale

Pouring Fire on Fuels at the Nanoscale

There are no magic bullets for global energy needs. But fuel cells in which electrical energy is harnessed directly from live, self-sustaining chemical reactions promise cheaper alternatives to fossil fuels.

To facilitate faster energy conversion in these cells, scientists disperse nanoparticles made from special metals called ‘noble’ metals, for example gold, silver and platinum along the surface of an electrode. These metals are not as chemically responsive as other metals at the macroscale but their atoms become more responsive at the nanoscale. Nanoparticles made from these metals act as a catalyst, enhancing the rate of the necessary chemical reaction that liberates electrons from the fuel.  While the nanoparticles are being sputtered onto the electrode they squash together like putty, forming larger clusters.  This compacting tendency, called sintering, reduces the overall surface area available to molecules of the fuel to interact with the catalytic nanoparticles, thus preventing them from realizing their full potential in these fuel cells. 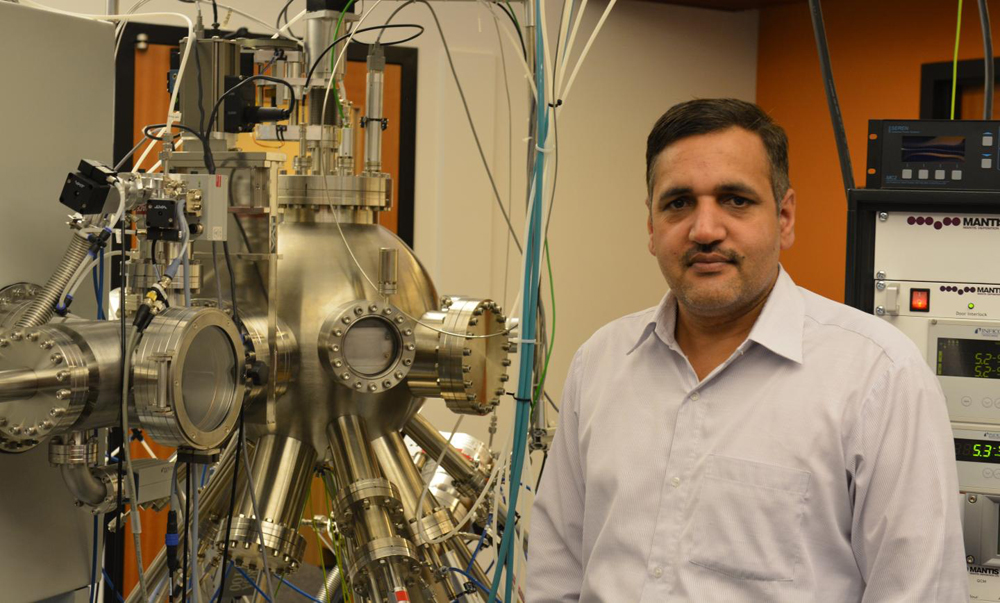 Research by the Nanoparticles by Design Unit at the Okinawa Institute of Science and Technology Graduate University (OIST), in collaboration with the SLAC National Laboratory in the USA and the Austrian Centre for Electron Microscopy and Nanoanalysis, has developed a way to prevent noble metal nanoparticles from compacting, by encapsulating them individually inside a porous shell made of a metal oxide. Their work has immediate applications in the field of nano-catalysis for the manufacturing of more efficient fuel cells.

The OIST researchers had previously realized that Magnesium oxide nanoparticles could form porous shells around noble metal nanoparticles while studying Magnesium and Palladium nanoparticles separately.  The porosity of this added armor ensures it does not screen molecules of the fuel from reaching the encapsulated Palladium.  Electron microscopy images confirmed that the Magnesium oxide shell simply acts as a spacer between the Palladium cores as they try to stick to each other, letting each to realize its full reactive potential.

The advanced nanoparticle deposition system at OIST allowed the researchers to fine tune the experimental parameters and vary the thickness of the encapsulating shell as well as the number of Palladium nanoparticles in the core with relative ease. Tuning sizes and structures of nanoparticles alters their physical and chemical properties for different applications.

“More core-shell combinations can be tried using our technique, with metals cheaper than Palladium for instance, like Nickel or Iron.  Our results show enough promise to continue in this new direction,” said Vidyadhar Singh, the paper’s first author, and postdoctoral fellow under the supervision of Prof. Mukhles Sowwan, the director of OIST’s Nanoparticles by Design Unit, who was also a corresponding author of the paper.