That running waters emit significant amounts of carbon dioxide is already known. Therefore, there is concern that the emissions of carbon dioxide from streams and rivers may increase due to climate change, accelerating the growth of this greenhouse gas in the atmosphere. Where the carbon dioxide comes from has been a source of debate among researchers over the past decade. Small streams receive water from the surrounding land, and the most accepted idea has been that the carbon dioxide emitted from streams is exported from the land adjacent to the stream. Now a research team from Umeå University, in collaboration with researchers at the Swedish University of Agricultural Sciences and in the US (at the University of Wyoming and University of Washington), has shown that a significant part comes from the respiration of organisms living in the streams and rivers. 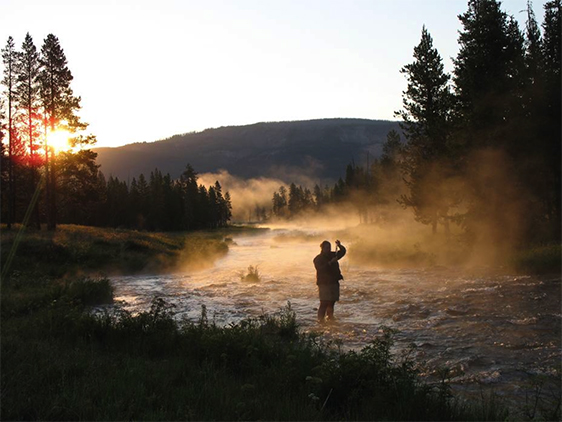 “Even fungi and bacteria have to breathe, and when they do, through the degradation of terrestrial organic carbon, they release carbon dioxide, which makes up about 30 percent of all carbon dioxide released from streams and rivers”, explains Erin Hotchkiss, a researcher at the Department of Ecology and Environmental Science, Umeå University.

The research team has estimated how much of the carbon dioxide is released by respiration, from the smallest creeks to the Mississippi River in the continental United States. They show that respiration supports carbon dioxide emissions in even the smallest streams, but also that the role of respiration increases with stream and river size. That significant amounts come from respiratory processes means that the decomposition of terrestrial organic carbon in running waters may be higher than previously thought.

“Streams and rivers are not only passive conduits of water and terrestrial carbon dioxide, but also function as reactors that generate and release carbon dioxide during transport downstream”, said Erin Hotchkiss.

To understand the mechanisms behind the production of carbon dioxide in running waters is essential. It increases the ability to predict how changes in land use or climate warming could affect the sources and global concentrations of greenhouse gases in the atmosphere.

“It is very important to know the sources of carbon dioxide in running waters as well as the processes controlling respiration and emissions if we are to understand what happens when the environment changes”, says Erin Hotchkiss, researcher at Umeå University.