Silk – A Biodegradable Alternative to Microplastics?

Silk – A Biodegradable Alternative to Microplastics?

Molly Campbell is a senior science writer at Technology Networks. She holds a first-class honors degree in neuroscience. In 2021 Molly was shortlisted for the Women in Journalism Georgina Henry Award.
Learn about our editorial policies
Credit: Susan Wilkinson on Unsplash.
Read time:

Complete the form below and we will email you a PDF version of "Silk – A Biodegradable Alternative to Microplastics?"

A research team has developed an inexpensive and simple-to-manufacture alternative to microplastic-based encapsulations, using silk. The novel process is published in the journal Small.

The problem with microplastics

Microplastics – tiny pieces of plastic less than 5 mm in diameter – are now being detected in some of the Earth’s most remote locations and even in the human bloodstream. 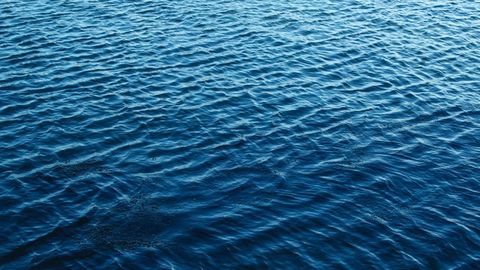 END_OF_DOCUMENT_TOKEN_TO_BE_REPLACED

The sources of microplastics vary. As plastic doesn’t biodegrade, it can be broken into increasingly smaller pieces that eventually form microplastics. Sometimes microplastics are even intentionally added to products, such as beauty exfoliants or toothpaste.

The full effects of microplastics on the environment, animal health and human health aren’t fully understood by scientists yet. Ingestion by marine organisms is a welfare concern, as is the potential toxicity threat posed by the toxic chemicals that can bind to the surface of microplastics.

In 2019 the European Chemicals Agency proposed restrictions to microplastics to restrict and reduce their release. Over a period of 20 years, it’s estimated that 500,000 tonnes of microplastics will be prevented from entering the environment.

Aside from introducing restrictions, how else might we be able to reduce the amount of microplastics released into the environment?

It’s estimated that the intentional use of microplastics accounts for 10–15% of the total amount found in the environment. Their use often centers around a requirement for an active ingredient to be released gradually over time. For example, a drug may be encased in a microcapsule to delay its absorption, distribution and subsequent metabolism. In agriculture, a pesticide may be encapsulated to ensure measured release without killing the crop.

An alternative, biodegradable source for such applications of plastic has been long sought after. Researchers including Dr. Muchun Liu, a postdoc at MIT, and Benedetto Marelli, professor of civil and environmental engineering (also at MIT), believe a system based on silk may hold promise as a substitute.

Silk is safe for use in food or in medicinal products due to the fact it degrades naturally within the body. High-grade silk, often found in clothing, can be expensive and is arguably not a suitable source for an encapsulation material. In this study, the researchers focused on silk obtained from non-textile quality cocoons.

Studies to date on silk’s potential as a coating material have shown promise but have been small-scale. “There is a strong need to achieve encapsulation of high-content actives to open the door to commercial use. The only way to have an impact is where we can not only replace a synthetic polymer with a biodegradable counterpart, but also achieve performance that is the same, if not better,” Marelli says.

To make a material that is competitive with current plastic-based options, both in terms of manufacturing and efficacy when used for specific applications, the researchers say that the biodegradable alternative needs to be “tunable”. In the new process, this is achieved by adjusting the arrangement of the polymer chains of the silk and adding a surfactant. Once the coating hardens, its properties can be fine-tuned.

“To encapsulate different materials, we have to study how the polymer chains interact and whether they are compatible with different active materials in suspension,” Liu says.

Using the new method, the encapsulation material can be hydrophobic, hydrophilic or “anywhere in between” – in effect, it can be customized to meet the needs of its application. Liu and colleagues tested the silk-based coating material to demonstrate its suitability for standard spray-based manufacturing processes used to produce a water-soluble microencapsulated herbicide. Their research found that the process worked, outperforming current methods using synthetic plastic coatings and causing less damage to the plants.

Low-grade silk that has been discarded can be utilized for the new method, reducing waste and providing opportunities for scale-up should the method become widely adopted.

"This elegant and clever study describes a sustainable and biodegradable silk-based replacement for microplastic encapsulants, which are a pressing environmental challenge,” says Alon Gorodetsky, an associate professor of chemical and biomolecular engineering at the University of California at Irvine, who was not involved in the research. “The modularity of the described materials and the scalability of the manufacturing processes are key advantages that portend well for translation to real-world applications,” he concludes.

This article is a rework of a press release issued by The Massachusetts Institute of Technology. Material has been edited for length and content.