Single-Use Plastics Found at the Deepest Points of the Ocean

Molly Campbell is a senior science writer at Technology Networks. She holds a first-class honors degree in neuroscience. In 2021 Molly was shortlisted for the Women in Journalism Georgina Henry Award.
Learn about our editorial policies
An aluminium foil balloon found on the deep-sea floor beneath the Kuroshio Extension. Credit: Nakajima.

Plastic is "missing" in the ocean

Single-use plastics are, as the name suggests, manufactured for one use before being disposed of. Examples include the plastic cutlery that accompanies your takeout meal, straws, wrappers or general food packaging. Of the 300 million tons of plastic we produce yearly, 50% is attributed to single-use plastics.

Between 117-320 million tons of plastics are currently present in the ocean. However, the amount of plastic debris that has been quantified on the ocean surface is less than one percent of this total figure. Where is the rest of the plastic? 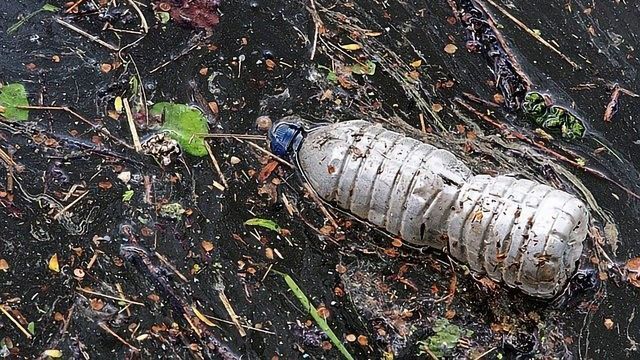 END_OF_DOCUMENT_TOKEN_TO_BE_REPLACED

Scientists acknowledge that a large amount of plastic in the ocean is effectively missing. It "goes off the radar", moving from the ocean surface and shallow waters to the deeper ocean. It is likely that some plastic will be degraded by one of three pathways: mechanical, photodegradation or biological degradation; however, research suggests that it can take years, perhaps even centuries, for different plastics to undergo complete degradation by such methods – if they are able to occur at the deepest points of the ocean.

"Many scientists believe floating plastics eventually sink into the deeper ocean, yet we haven’t reached a consensus regarding the amount of plastic debris that has accumulated on the deep seafloor and how these debris were transported there," explains Ryota Nakajima, biological oceanographer at the Japan Agency for Marine Science and Technology (JAMSTEC).

Nakajima is one of the scientists behind a new body of work published in Marine Pollution Bulletin that presents the first study of microplastics on the abyssal seafloor beneath the Kuroshio Extension (KE) and the KE recirculation gyre.

What is an abyssal?

An abyssal plain refers to a large, flat area of the ocean floor that is typically between 4000-6000 m deep.

What is a gyre?

Across the globe there are many different rotating ocean currents that are created by the wind, tides, temperature and salinity. Collectively, the larger and more permanent currents are traditionally referred to as gyres. The emergence of plastic debris in such regions has led to gyre also being used to refer to a collection of plastic waste.

"Why Japanese deep-sea? Because most of the plastic is coming from the Asian continent. A previous study (Jambeck et al. 2015) estimated the top 20 contributors of mismanaged plastic waste available to enter the ocean in 2010.2 Nations on the Asian continent represented 12 of the top 20 countries, with China way out ahead of the pack […] Japan is located in the area where a large amount of plastic waste is transported from these massive waste producers via ocean currents such as Kuroshio, so the seas around Japan could be a hotspot of plastic debris," Nakajima says.

Nakajima and colleagues conducted video observations and physical sampling of plastic debris from multiple deep-sea floor sites beneath the KE and its recirculation gyre, a depth of approximately 5700-5800m, using a human occupied submersible, the Shinkai 6500.

"When we dived and observed the seafloor of 5700-5800 m depth, we noticed that finding debris was so easy. Soon after we settled on the seafloor, I clearly remember the conversation between two pilots: 'See, there is plastic. Again! More plastic there'. Plastics were everywhere, even on the abyssal plain," Nakajima recalls.

The researchers found that the majority of the debris was single-use plastics, such as plastic bags and food packaging. The mean number of items per km2 was approximately 4561, the highest on record for an abyssal plain.

The specific items collected by the team were varied, including clothes, a toothpaste tube and steak packaging that was dated September 1984 – meaning it was 35 years old at the time of collection. The packaging can be seen as visually intact in the image below. "This is an interesting example of the persistence of plastic debris in the marine environment. UV radiation and thermal oxidation are the primary factors to degrade plastics, but these factors are completely missing in the deep-sea environment. Plastic debris on the deep seafloor will most likely persist for at least a century," Nakajima explains. 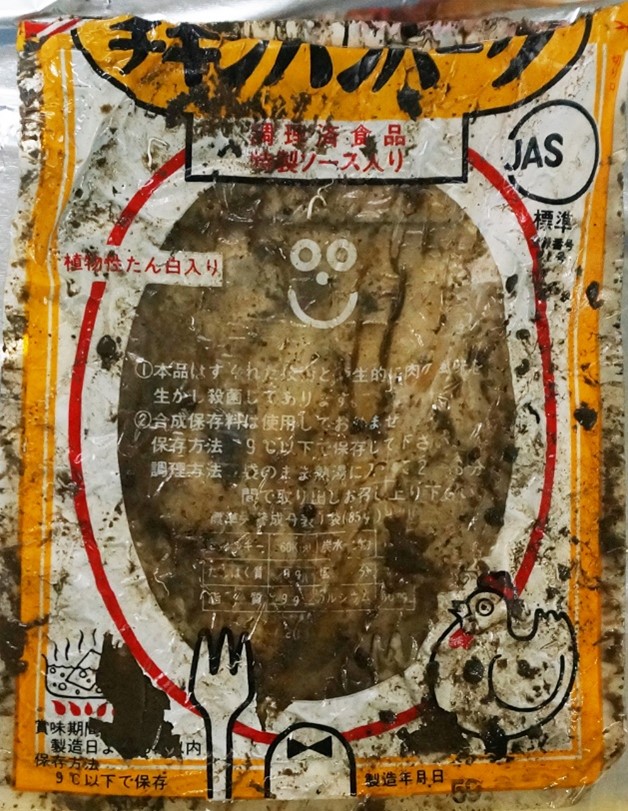 Chicken steak packaging discovered by the research team. Credit: Nakajima.
Nakajima discusses one item in particular that triggered emotion: "We found an aluminium foil balloon where the foil had decomposed, and the inner plastic film was bare. This is the deepest record of balloon debris. The balloon debris comes with a brittle star that reads: 'I ALWAYS WANT more love' … so do the deep-sea creatures!"

The overall findings were, as Nakajima and team had hypothesized, that the deep-sea floor beneath the KE and its recirculation gyre act as a significant reservoir of plastic debris.

When asked what can be done to reduce the amount of plastic entering the oceans, Nakajima states that the issue should not be a case of "it's out of sight, therefore it's out of mind". "The abundance of plastic debris leaking into the ocean continues to increase, but the floating plastic debris on the surface of the ocean eventually is transported into the deeper water.  This will foster illusions in your mind that debris is not increasing. But the truth is, plastic debris accumulates on the deep-sea floor as 'undying garbage'." Measures to halt the leakage of single-use plastic into the ocean are urgent and mandatory, he emphasizes.

The researchers believe that the journey to find missing plastics in the ocean has barely begun. Next summer, the team will target the deep-sea floor beneath the other recirculation gyre of the Kuroshio Current, named the Kuroshio recirculation gyre, which is located to the south of the Japanese archipelago.