Masha Savelieff holds a PhD in chemistry from the University of Illinois. She completed postdoctoral training in Alzheimer’s disease, cancer research and metabolic disease at the University of Michigan.
Learn about our editorial policies
Credit: iStock

Biotherapeutics are products generated in living hosts. For most biotherapeutics, also abridged to biologics, cell lines are the bedrock of the manufacturing process. Among biologics with regulatory approval, the manufacturing platforms span bacterial (e.g., E. coli), yeast (e.g., S. cerevisiae), insect and mammalian cell lines. Of biologics generated in mammalian cells, the dominant platform, the vast majority, around 70%, are in Chinese hamster ovary (CHO) cell-based systems. CHO cells are the workhorse of mammalian hosts because they are easy to transfect with the transgene coding the protein therapeutic, usually a monoclonal antibody. CHO cells also glycosylate proteins in a manner like human proteins, making them amenable to the production of protein therapeutics with good activity and suitable for humans. Further, from a process perspective, they are easy to grow in suspension format and to a high density, enhancing the amounts of biologics produced. Since they are of hamster origin, CHO cells are less likely to propagate human viruses. Although CHO cells are at the forefront of biotherapeutic production, other cell lines are also used, such as the murine myeloma-derived NS0 line and the mouse spleen myeloma hybridoma Sp2/0 line.

Susan Sharfstein, professor of nanobioscience at the College of Nanoscale Science and Engineering, SUNY Polytechnic Institute, seeks to understand how culture conditions and cell physiology influence the production of therapeutic proteins and carbohydrates in mammalian cell lines. She leverages rational design and “omics” tools to identify these factors with the goal of engineering cell lines and culture conditions that optimize protein and carbohydrate therapeutics production.

The manufacturing process for protein therapeutics begins by transfecting the host cell with instructions to make the protein. It is a templated process, whereby the instructions specify the sequence of amino acids needed to generate the protein therapeutic. In contrast, glycosylation, the formation of carbohydrate (or “glycosidic”) bonds to a molecule, either protein or carbohydrate, is a non-templated process, generated by a multi-enzyme biosynthetic pathway. Therefore, glycosylation results in a heterogeneous mixture of alternative glycoforms of the glycoprotein or carbohydrate. All mammalian cells, including CHO cells, generate glycosylated proteins. However, the biosynthetic pathways that dictate glycosylation are presently not fully understood, making it difficult to control the heterogeneity of the resultant glycoprotein or carbohydrate biologics.

Glycoforms differ in potency, stability and plasma half-life, affecting efficacy and dosing requirements of the glycoprotein biologic. They also differ in immunogenicity, which could affect the rate of adverse reactions in patients. Therefore, there is interest in engineering mammalian cell lines to steer production of the glycoprotein or carbohydrate biologic towards the best glycoforms. The Sharfstein laboratory is particularly interested in the carbohydrate drug heparin, the most widely used anticoagulant drug in the world. “Heparin is a slaughter-house product, much like insulin was before the advent of recombinant DNA technology allowed for production of the recombinant human insulin,” explained Sharfstein. “Our goal is to create a new paradigm where carbohydrate drug manufacturing (e.g., heparin) moves to the same level, being produced as a bioengineered product under cGMP (current good manufacturing practices) conditions.” 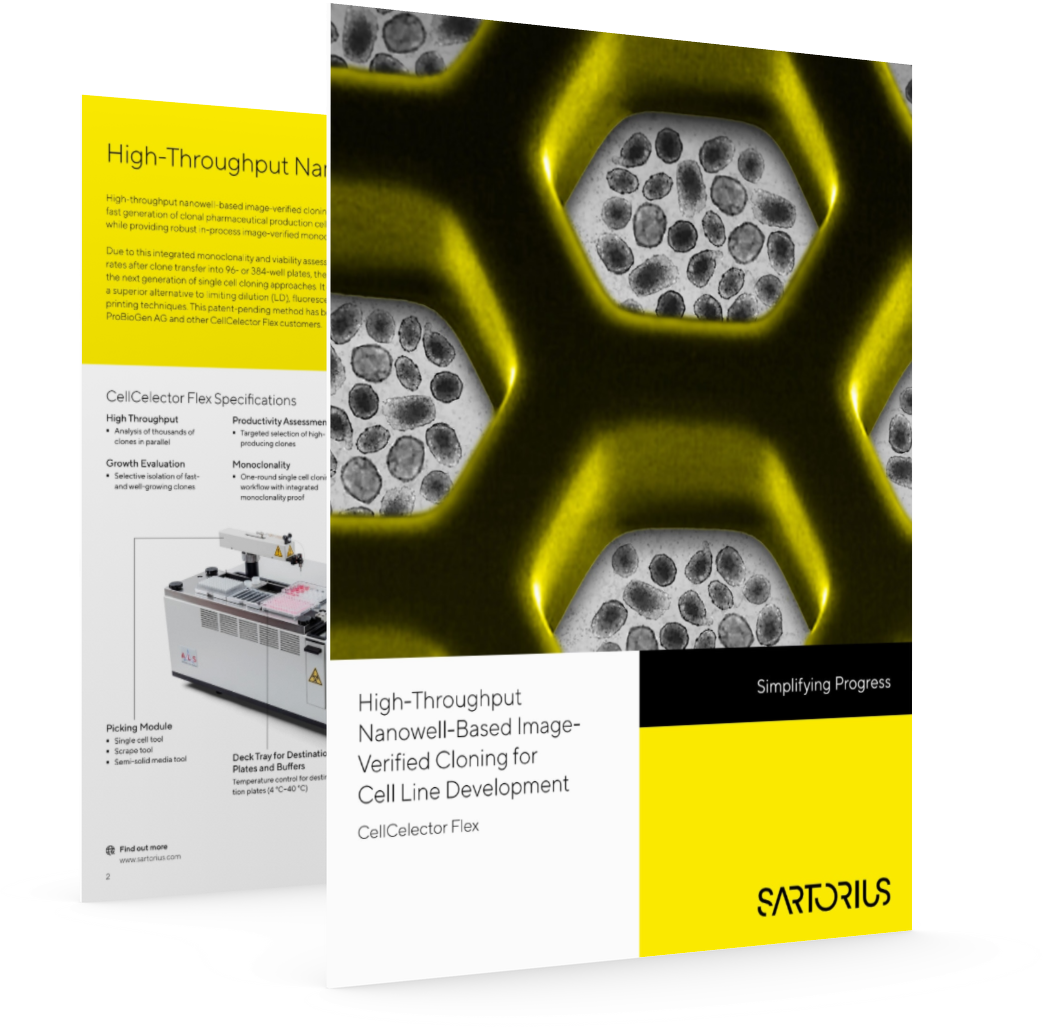 Working in the CHO cell line, a suite of omics methods, including transcriptomic, proteomic, phosphoproteomic and epigenomics, was applied to compare low- versus high-yielding CHO clones producing a monoclonal antibody under the control of the cytomegalovirus (CMV). The study found that the transcription factor cAMP response element binding protein 1 (CREB1) interacts with the CMV promotor in the CHO clone with higher monoclonal antibody productivity. CREB1 must be phosphorylated to become active; thus, the nuclear proteome and phosphoproteome regulate the final productivity of recombinant proteins in CHO cells. “Furthermore, we have a significant amount of data demonstrating that low versus high productivity clones differ in energy pathways and ribosome and proteosome activity,” Sharfstein discussed of the study findings.

Once omics analysis pinpoints actionable targets that influence clone productivity, these characteristics can be engineered into cell lines to develop high-yielding clones. “In theory, we can leverage our omics discoveries and modeling to rationally design and engineer cell lines to interface with bioprocess development. With the development of CRISPR technology, it becomes much easier to knock-in or knock-out biological activities to yield better, more productive host cells, and we anticipate this will become a large aspect of future cell line development,” concluded Sharfstein. 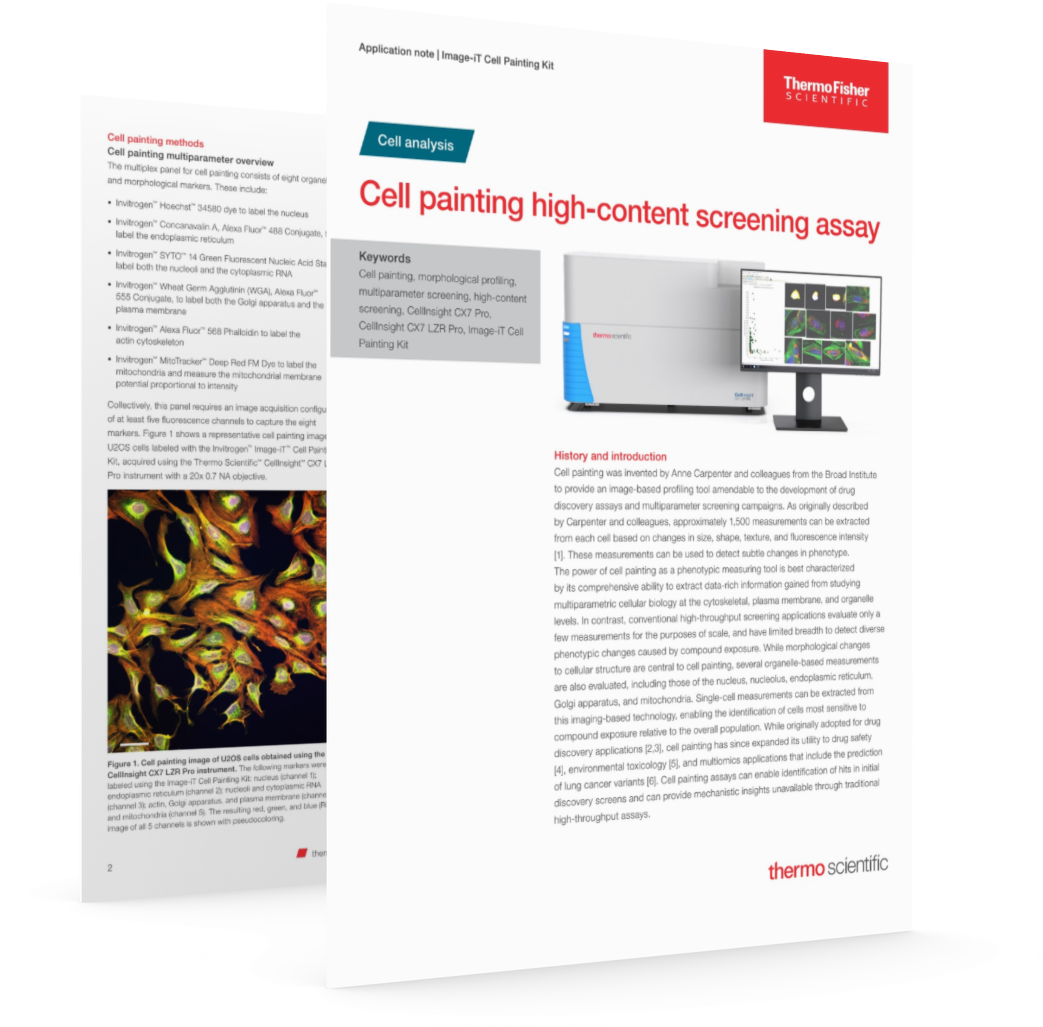 Lawrence Chasin, professor emeritus, Department of Biological Sciences, Columbia University, uses computational methods in his research to uncover the complex mechanisms of mRNA splicing, including in CHO cells. More recently, he and his laboratory have been interested in engineering CHO cell lines to help select high-yielding clones. “The selection process for high-yielding, stably expressing CHO clones can be lengthy and labor intensive. It can begin by introducing drug-resistance genes into normal CHO cells or genes that correct a biosynthetic deficiency into auxotrophic CHO cells,” explained Chasin of the process. Auxotrophs are mutant organisms or cells that cannot survive without exogenously adding a specific nutrient, which the normal strain does not require to survive because it produces the nutrient endogenously via biosynthetic pathways. “One widely used type of CHO cells used for recombinant protein production specifically lacks the dihydrofolate reductase (dhfr) gene, which renders the strain incapable of surviving without adding glycine, hypoxanthine, and thymidine, a mixture of nutrients abbreviated to GHT, to the growth media,” continued Chasin. “The CHO cells are transfected with the gene of interest, coding the protein therapeutic, along with the dhfr gene, both of which are integrated into the genome at diverse locations across the various clones. CHO cells that gain the ability to survive in growth media lacking GHT have stably incorporated dhfr along with the gene of interest.”

Following this phase, single clones are isolated that express a high level of DHFR with a concomitant high level of the protein interest, usually because they harbor a high number of gene copies. The highest-yielding clones with the best growth characteristics are then selected to manufacture the protein therapeutic. “The yield is dependent on the location the gene integrated into the genome, which is a stochastic process left to chance,” Chasin elaborated. “Clones that have integrated multiple copy numbers of the gene can also have higher expression levels. Although a stochastic process as well, the copy number selection can be enhanced by treating cells with the DHFR inhibitor, methotrexate. Cells with a sufficiently high number of dhfr genes will synthesize enough DHFR to overcome the inhibitor and so will be selected, along with a comparably high number of the neighboring therapeutic transgene.” Subsequent selection for even more copies of dhfr genes takes advantage of gene amplification, a phenomenon that can occur spontaneously in CHO cells. High-yielding clones are generated by multiple rounds of pool amplification with increasing methotrexate doses. In this way, clones with over 100 copies of the dhfr gene can be isolated. “The disadvantages of this strategy are that it is time consuming, and that high gene copy numbers do not always insure high levels of expression. An alternative that also works is a targeted integration of the selectable gene into a site(s) on the genome that allows very high levels of gene expression,” explained Chasin. 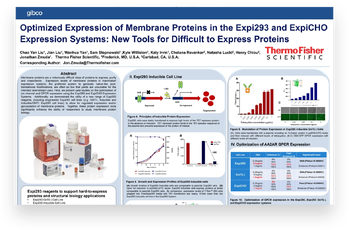 Download this poster to discover tools that support hard-to-express proteins, enhance the ability of researchers to study membrane protein biology and can be utilized for the optimization of ion channel and GPCR expression.

Chasin and his team also recently created a multiauxotrophic CHO cell line (CHO8A), which can be used to select multiple copies of integrated transgenes in one fell scoop, obviating the requirement for several rounds of selection. This approach also circumvents the need to treat the cells with synthetic reagents or antibiotics, which is advantageous. “We knocked out a series of genes coding for many enzymatic steps in the biosynthetic pathways to the purine and pyrimidine building blocks of RNA and DNA. This resulted in an auxotrophic CHO cell line, CHO8A, lacking the ability to survive without the provision [of] five natural nutrients,” Chasin described of the novel approach. “We then cotransfect the deficient CHO8A cells with a pool of eight plasmids, each harboring a transgene along with a different rescue gene (i.e., coding for one of the purine or pyrimidine biosynthetic enzymes that had been knocked out of CHO8A) and with a neighboring monoclonal antibody light or heavy chain.”

Only transfected clones that integrate all eight genes will survive and grow in popular growth media lacking purines and pyrimidines. Furthermore, the probability of eight integrations automatically selects transfectant clones that have accumulated a high copy number (40-120) of total plasmids. “As a result, we found that the expression of the neighboring monoclonal antibody gene reached levels comparable to those used in manufacturing. Another use of this multiauxotrophic CHO cell line would be the ability to select up to 8 different proteins or protein subunits at once. Furthermore, this strategy could be applied to other cell lines as well,” concluded Chasin of their approach.

When asked about future research directions in cell line development for biotherapeutic production, Chasin replied that the present bottleneck in productivity now seems likely to be a limitation in secretion. “Genetic engineering and selection methods for host cells capable of significantly higher secretion should cut manufacturing costs, an important goal for industry and society.”

Complete the form below to unlock access to this Audio Article: "Advances in Cell Line Development To Enhance Biotherapeutic Production"