How Are We Developing Vaccines for the Future?

How Are We Developing Vaccines for the Future?

Complete the form below and we will email you a PDF version of "How Are We Developing Vaccines for the Future? "

Bill Gates recently announced that he has teamed up with Larry Page, the co-founder of Google, to provide funding for the development of a universal flu vaccine.

Efforts are already being made to develop a universal vaccine that protects against all strains of flu but Bill Gates has challenged scientists to go one step further. He has asked them to develop a vaccine that will protect against current and emerging strains for three to five years.

He did this as we mark 100 years since the deadliest flu pandemic. Since then we have had several other flu pandemics with the latest killing at least 18,000 people in 2009, although some estimate the real death toll could be more than 284,000.

When he made the announcement at the end of April, Bill Gates said: “This should concern us all, because if history has taught us anything, it’s that there will be another deadly global pandemic.”

Although annual flu vaccinations still save lives, their success rate falls short of many other vaccines. Flu vaccines are approximately 40 to 60% effective compared to others like MMR which have success rates as high as 97%. This is partly because flu strains mutate quickly and it takes time to develop and manufacture new vaccines.

Flu is just one of several illnesses that are proving difficult to develop vaccines for. Scientists are now dealing with more complex diseases and conditions than in the past, like malaria, cancer, AIDS and Alzheimer’s. Certain pandemics, like the Zika and Ebola outbreaks, can also spread faster than we can develop new vaccines.

To tackle these challenges, some new trends in developing future vaccines are emerging.

A new type of vaccine

For example, some cell-based vaccines have been approved in recent years as an alternative to traditional egg-based vaccines. Such vaccines are faster and easier to produce and also overcome the issue of egg allergies.

Egg-based flu vaccines have been criticized for being inefficient for a number of reasons including poor antibody-antigen binding affinity.

Because recombinant and cell-based vaccines can be produced more quickly, they are better suited to responding to a pandemic.

DNA vaccines are a promising new area of development too. DNA vaccines take the DNA which encodes a particular antigen and injects it directly into the muscle or skin.

DNA vaccines are relatively easy to produce and provide long-lasting immunity with few side effects. They are also cheaper than other vaccines and easier to transport which is particularly useful when they are needed in developing countries.

However, DNA vaccines have not yet been found to produce a strong enough immune response, so further development needs to be done in this area. Adjuvants that assist DNA to enter cells or target it towards specific cells could be one way to improve the efficacy of such vaccines.

Future vaccines are also likely to be delivered in a variety of ways.

Nasal sprays are already being used as a pain-free way to deliver the flu vaccine to children and in the future we may see other pain-free vaccines.

Patches which deliver vaccines through a matrix of extremely tiny needles are one alternative in development. They don’t need to be delivered by a health professional which makes them ideal for use in remote areas.

Vaccines which overcome the cold-chain problem are also needed. Many vaccines need to be stored at cold temperatures to remain viable which can create a problem when transporting them. When the Icelandic volcano Eyjafjallajokull erupted in 2010, it grounded planes carrying 15 million doses of polio vaccine, which caused concerns that the disease would spread.

We must understand the immune system more

Undoubtedly, if new vaccines are to be developed, a better understanding of the immune system is also necessary. Advances in areas like genomics, bioinformatics and artificial intelligence can help scientists unravel the complexities of the immune system and develop more innovative vaccines.

Although developing new vaccines is challenging, their potential to save millions of lives throughout the world makes the effort and costs involved worthwhile. 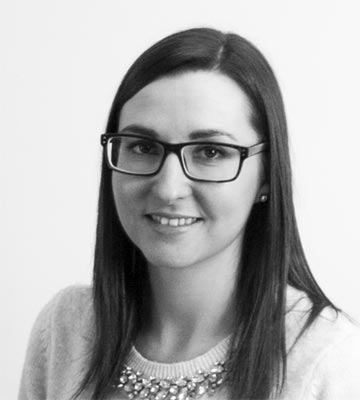