Scientific technology has advanced in leaps and bounds in the twenty first century. In turn, this has bolstered our understanding of cell physiology at both the molecular and systemic level, enhancing our knowledge of human health and disease.

The field of regenerative medicine is accelerating at a phenomenal rate and shows no indication of slowing down any time soon. Scientists continue to push the boundaries of what we deem possible, with one particular area of medicine reaping the benefits: transplant research.

Here, we revisit some of the biggest "game changer" studies in transplant research published this year.

1. Discovery of New Liver Cell Could Mean Liver Transplants Become Redundant
﻿In July of this year, scientists from King's College London published a study in Nature Communications outlining their discovery of a novel type of cell: hepatobiliary hybrid progenitor (HHyP) cells.1 Despite these cells forming during early development in the womb, the study identified that they also persist in smaller quantities in adults, and that they can grow into the main two types of adult liver cells: hepatocytes and cholangiocytes.

The team of researchers analyzed HHyPs and discovered that they resemble stem cells which have been shown to rapidly repair mice liver following injury. Such injury might be cirrhosis, in which scarring of the liver can eventually lead to liver failure.

Liver disease can prove extremely debilitating for a patient and, in the most severe cases, a liver transplant is the only viable treatment option. Of course, a liver transplant in itself is a major life-changing surgery that runs its own risk of complications. The need for donor organs also greatly outweighs the increasing demands. 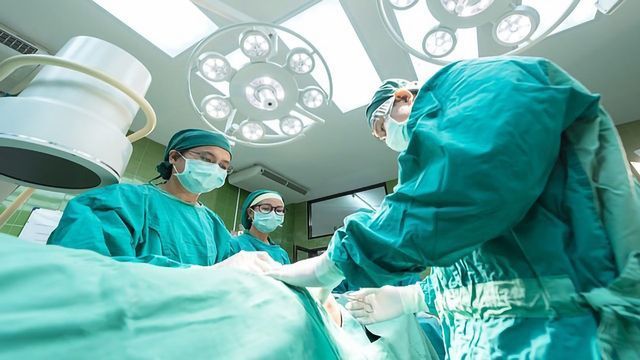 END_OF_DOCUMENT_TOKEN_TO_BE_REPLACED
How might this research make a difference? Dr Tamir Rashid from the Centre for Stem Cells and Regenerative Medicine explains: "For the first time, we have found that cells with true stem cell-like properties may well exist in the human liver. This, in turn, could provide a wide range of regenerative medicine applications for treating liver disease, including the possibility of bypassing the need for liver transplants."
The scientists are now working on unlocking the physiological mechanisms that convert pluripotent stem cells into HHyPs so that they can be transplanted into patients. "We will also be working to see if we can reprogram HHyPs in the body using traditional pharmacological drugs to repair diseased livers without either cell or organ transplantation," Rashid concludes.
2. Regeneration of Severely Damaged Lungs for Transplantation ﻿﻿
For patients with end-stage lung disease, the only life-saving therapy currently available is lung transplantation. However, the number of patients requiring donor lungs greatly exceeds the numbers of available donor organs.

Currently, up to 80% of donor lungs are rejected for serious but potentially reversible injuries. Since the beginning of transplantation in the 1960s, clinicians and scientists have been trying to address the critical shortage of donor organs.

In May of this year, a multidisciplinary team from Columbia Engineering and Vanderbilt University published a study in Nature Communications  where—for the first time—they demonstrated in a clinically relevant model that severely damaged lungs can be regenerated to meet transplantation criteria.2 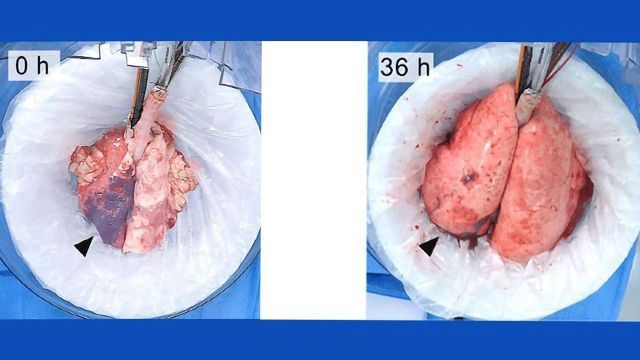 END_OF_DOCUMENT_TOKEN_TO_BE_REPLACED
In a previous study by the team, they demonstrated a cross-circulation platform that maintained the viability and function of donor lungs for 36 hours. However, in the new study, the scientists were able to use their advanced support system of bioengineers, surgeons, pulmonologists, and pathologists to fully recover the functionality of lungs injured by ischemia and make them suitable for transplant.

“For seven years, we have diligently worked to develop new technologies for the maintenance and recovery of donor organs. This paper represents a culmination of fundamental and translational studies of lung bioengineering that have converged into a system capable to recover severely damaged lungs. We now have the team and technology to bring this research to the patients, by making more donor lungs available for transplant,” says Gordana Vunjak-Novakovic, co-lead author.
3. How Viagra Could Transform Bone Marrow Transplants
﻿
Each year, over 25,000 hematopoietic stem cell transplantations (HSCTs) are performed as a curative treatment for conditions such as lymphoma, leukemia, hemoglobinopathies, myelodysplastic and myeloproliferative syndromes.

HSCs are characterized by their ability to self-renew and differentiate into all mature blood lineages. Their transplantation to treat the aforementioned syndromes involves replacing abnormal blood-forming stem cells with healthy cells. Currently, multi-day injections of the pharmacological agent granulocyte-colony stimulating factor, or G-CSF, are used to encourage stem cell mobilization from the bone marrow to the blood stream. This approach is limited by adverse effects such as fatigue, bone pain and nausea, and is therefore unsuitable for certain patients.

Earlier this month, a new study published by the Camilla Forsberg lab in Stem Cell Reports explored whether Viagra might be a viable option for HSCT to help overcome the issue of stem cell mobility.3 A vasodilator, Viagra was first developed to treat patients with high blood pressure, heart disease, and associated vascular disorders. 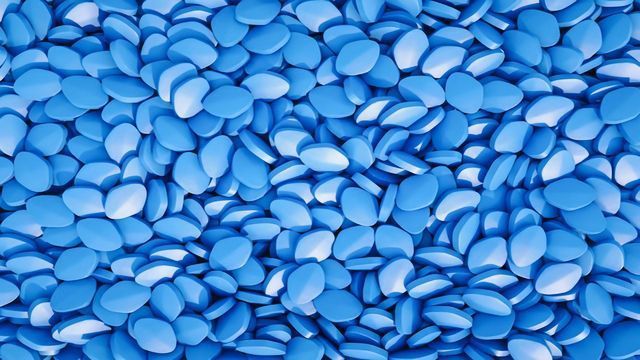 END_OF_DOCUMENT_TOKEN_TO_BE_REPLACED
In a mouse study, the scientists found that three days of oral Viagra, when combined with a single injection of Plerixafor, resulted in an 8.4-fold increase in HSCs compared to control mice.

The stem cells were transplanted into recipient mice, and the scientists found that a combination of Plerixafor and Viagra resulted in the long-term engraftment of functional, self-renewing, multipotent hematopoietic stem cells. The results of the study therefore suggest that this approach may be a suitable option for HSCT in patients.

"Given that both drugs are FDA approved, they could be relatively quickly tested in human volunteers," says Forsberg, a stem cell biologist at the University of California, Santa Cruz. If proven safe and effective in human clinical studies, "Clinicians could consider these findings when selecting treatment strategies for their patients and for volunteer donors of hematopoietic cells used in transplantation therapies."
4. Transplanted Brain Stem Cells Survive in Mice Without Anti-rejection Drugs
﻿A rare yet devastating class of genetic diseases in which myelin, the coating that protects neurons and aids in neurotransmission, does not form properly, affect 1 in every 100,000 children born in the U.S.

Being able to transplant healthy cells into the brain successfully without the need for anti-rejection drugs would majorly advance therapeutics in this area.

In September of this year, Johns Hopkins Medicine researchers published a study in Brain in which they developed a novel way to successfully transplant certain protective brain cells without the need for lifelong anti-rejection drugs.4 To stop the immune system's "go" signal, the researchers used two antibodies: CTLA4-Ig and anti-CD154, which prevent T cells from attacking when encountering a foreign particle. This combination of antibodies had been explored previously in solid organ transplants in animals but had not been tested for cell transplants to repair myelin in the brain. 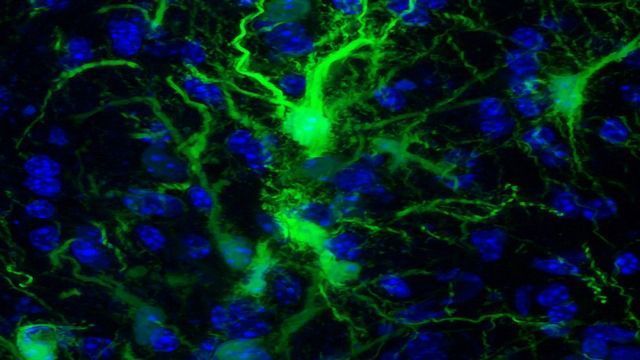 END_OF_DOCUMENT_TOKEN_TO_BE_REPLACED
The team of scientists, led by Piotr Walczak, injected mouse brains with protective glial cells that produce the myelin sheath. These cells had been genetically engineered to glow so that the researchers could visualize them. The glial cells were transplanted into three types of mice: mice genetically engineered to not form the glial cells that create the myelin sheath, normal mice and mice bred to be unable to mount an immune response. The antibodies were then applied to block the immune response for six days.
Walczak and team found that the transplanted cells were able to thrive and assume their normal physiological function of protecting neurons in the brain, without anti-rejection drugs.

The scientists did, however, note that these results are preliminary. They hope that in the future they can combine their findings with studies exploring cell delivery methods to the brain to help repair the brain on a more global scale.
5. Can Transplanted Foot Cells Relieve Amputees' Stump Injuries?
Prosthetics offer amputees the chance to experience a degree of mobility and independence. However, 75% of prosthetic-wearing amputees experience issues such as skin tears, blisters and ulceration.

“Many amputees use prosthetics to try to emulate the freedom of movement and independence that able-bodied people have. Prosthetic hands, for example, can let amputees pick up objects, and prosthetic legs can help them walk again. For this reason, prosthetics are invaluable – but they’re also fraught with problems," says Claire Higgins, Ph.D., Imperial’s Department of Bioengineering.

In a study published this month in Science Advances, Higgins and colleagues looked to re-engineer stump skin to become resistant to rubbing, by making it thicker and better at bearing weight and mechanical force.5 Their approach was to use computational models to analyze sole skin – the skin on the plantar surface of the footd – to see how it behaves differently to regular skin under pressure. They discovered that the outermost layer of sole skin, known as the stratum corneum, helps to protect the skin from tears and blisters, and is much thicker than other skin types. 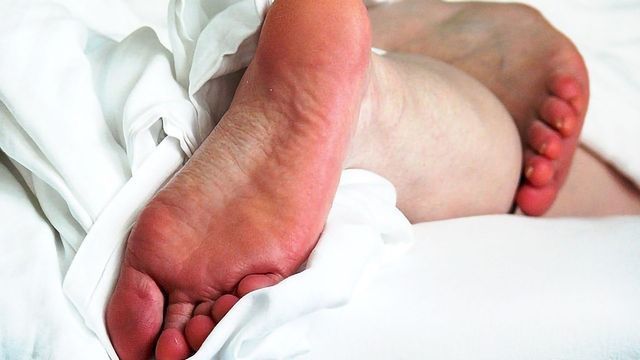 The scientists now know that stump skin requires thicker collagen fibers, thicker bundles of collagen and different types of keratin to behave as sole skin. They next want to work out how to create this. "It’s a big challenge logistically to translate to patients, but scientifically we have already defined several potential avenues which we hope will be fruitful – the main ones being incorporating genetic material into stump skin to help it grow thicker, and using sole skin-inspired skin grafts," Higgins concludes.