Acquired nerve damage can be caused by a variety of different factors, including but not limited to a physical injury (the most common cause) such as a sporting accident, an automobile accident or a fall, whilst diabetes, vascular conditions, autoimmune diseases, nutritional imbalances and certain infections can attack nerve tissue.

The current treatment options for nerve damage are arguably sub optimal and, as a result, patients often express that they experience low quality of life and feel debilitated by their nerve damage.1

A fascinating quality of the nervous system is its ability to regenerate. Peripheral nerves that have been damaged can grow up to a third of an inch on their own without intervention. However, if the damaged section of the nerve exceeds that length, the nerve can become disorientated and knot.

For individuals who have suffered damage to a longer nerve, one treatment option is to remove a sensory nerve from the back of the leg, divide it into thirds and attach these segments on to the end of the damaged motor nerve. At best, this restores 40-60% functional recovery to the nerve.

Kacey Marra, Professor of Plastic Surgery at the University of Pittsburgh School of Medicine likens this process to replacing a piece of linguine with a bundle of angel hair pasta: "It just doesn't work as well." 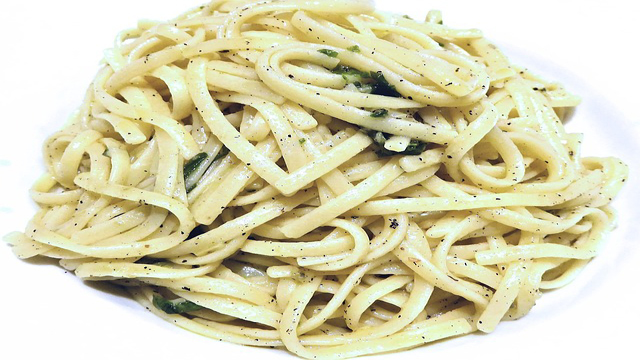 In a new study published in Science Translational Medicine, Marra and a team of researchers have explored a novel solution to nerve damage treatment.2

The scientists have created a biodegradable nerve guide consisting of a polymer tube filled with a growth-promoting protein, glial cell-derived neurotrophic factor, or GDNF. "GDNF is a protein that is naturally found in the body. Schwann cells upregulate GDNF immediately following a peripheral nerve injury in order to start the nerve regeneration process," Marra told Technology Networks.

The study outlines their exploration of the device in a monkey model of nerve damage. Marra says the guide proved "Comparable to, and in some ways better than, a nerve graft."

In the experiment the scientists compared the novel biodegradable guide to an empty polymer tube and a nerve graft as controls.

The nerve guide used in the study could be considered superior to the nerve grafts adopted in standard of care. Why? Well, monkeys have shorter legs than humans, and so the usual nerve graft procedure adopted in humans wouldn't work.

As an alternative, Marra et al removed a two-inch segment of nerve from the monkey's forearm, flipped it around and sewed it into place. In contrast to replacing linguini with angel hair pasta, Marrah likened this to replacing linguine with linguine, thereby setting a "high bar" for the nerve guide to match.

She describes the study in her own words, "We used adult male rhesus macaque monkeys, training them to use a forefinger and thumb pinch to eat, focusing on the regeneration of the injured median nerve. We had created a 5 cm gap in the median nerve in the forearm and then repaired the gap with our nerve guide filled with GDNF, our nerve guide containing no GDNF, and autografting the monkey's own nerve."

When looking to treat nerve damage, timing is extremely important, particularly in the case of motor nerves. Muscle fibers can undergo atrophy just three weeks after denervation, and after approximately two years irreversible muscle fibrosis occurs in addition to muscle degeneration.1 Marra and team found that, in both the guide filled with GDNF and the nerve graft conditions, the nerve took one year to regrow. But what about functional recovery?

"The empty nerve guide demonstrated very little recovery, while the nerve guide containing GDNF was comparable to the standard of care, the autograft. This was very exciting," Marra comments.

The results from the study look promising and have encouraged the scientists to pursue human clinical trials. Marra is currently working with the Food and Drug Administration (FDA) on a first-in-human trial in addition to creating a start-up company to potentially commercialize the guide.

"There are no hollow tubes on the market that are approved by the FDA for nerve gaps greater than an inch. Once you get past that, no off-the-shelf tube has been shown to work," Marra said. "That's what's amazing here."

When asked about next steps, Marra says "We are currently scaling up the size of the nerve guide so it will be applicable in human arms and legs and are working with the FDA to obtain approval."