Biomarker Predicting Transplant Complications May be Key to Treating Them

In the study researchers said that blocking the activity of the protein called ST2 offers a potential new treatment for graft-versus host-disease, an immune problem that affects many transplant recipients.

In previous research, Sophie Paczesny, M.D., Ph.D., professor of pediatrics and of microbiology and immunology, and colleagues reported that patients with a high level of ST2 were more than twice as likely to have graft-versus-host disease that resisted standard treatment with steroids; and nearly four times as likely to die within six months of the transplant. 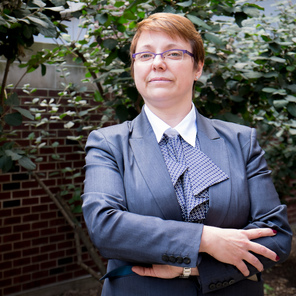 In the new research, Paczesny and colleagues determined that the version, or isoform, of ST2 associated with graft-versus-host disease is produced at high levels in the intestines, where much of the damage from the disease occurs.

Using mouse models of the disease, the researchers found that blocking the activity of ST2 resulted in reduced severity of graft-versus-host disease and lower mortality. In addition, blocking ST2 did not reduce the effectiveness of the transplant as a treatment for leukemia.

The results, said Dr. Paczesny, "provide a proof of principle that this molecule and associated pathways are potential targets for new therapies that could provide targeted treatment for patients most at risk for severe graft-versus-host disease."

Approximately 20,000 allogeneic stem cell transplants were performed worldwide in 2012. Thirty to 40 percent of stem cell transplant recipients whose donor is related will experience graft-versus-host disease. The percentage can rise to 60 to 80 percent if the patient and donor are not related.

The researchers said the findings could also prove relevant to other immune system disorders where the same molecular pathways are involved.