Molly Campbell is a senior science writer at Technology Networks. She holds a first-class honors degree in neuroscience. In 2021 Molly was shortlisted for the Women in Journalism Georgina Henry Award.
Learn about our editorial policies
Credit: Sarah Cervantes on Unsplash.
Read time:

Complete the form below and we will email you a PDF version of "Clinical Trial Results: Immune Therapy Reduces Risk of Aggressive Breast Cancer Recurrence"

Positive results from a clinical trial exploring the use of an immune therapy for triple negative breast cancer have been published in the New England Journal of Medicine.

Triple negative breast cancer (TNBC) is a less common type of breast cancer that is complex to treat for a variety of reasons. Occurring in approximately one in five women with breast cancer (15-20%), TNBCs are cancers whose cells lack the receptors for:

Unfortunately, many targeted cancer treatments bind to these receptors, and so such therapies are ineffective in TNBC patients. Consequently, the main treatment adopted is chemotherapy.

Recurrence of the cancer is an additional concern in TNBC. Research has demonstrated that patients whose tumors are completely eradicated following chemotherapy have over a 90% likelihood of being cured from the cancer. However, for women with residual cancer post chemotherapy prior to having surgery to remove tumors, there is a 40-50% probability that the disease will return, regardless of the fact the cancer is completely removed in the surgery.

An international clinical trial led by Peter Schmid, a Professor at Queen Mary University of London and Barts Health NHS Trust, aimed to evaluate the efficacy and safety of immune therapy plus chemotherapy as a neoadjuvant therapy, and immune therapy vs placebo as an adjuvant therapy in participants who have TNBC. The trial participants included 1,174 patients from across 21 countries diagnosed with Stage II and Stage III TNBC. Study criteria outlined that the disease must not yet have spread beyond the breast and the lymph nodes. 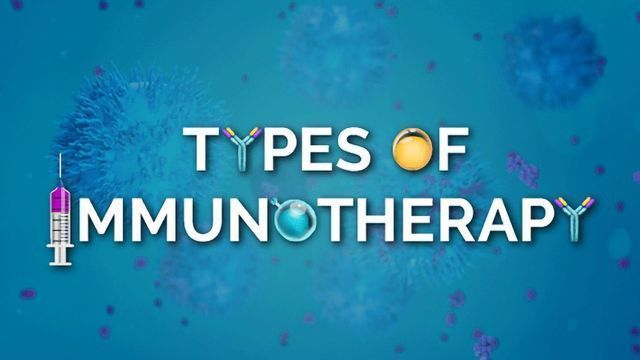 END_OF_DOCUMENT_TOKEN_TO_BE_REPLACED

The immune therapy adopted in the clinical trial was pembrolizumab, also known as Keytruda. The biological therapy exerts its therapeutic effects by targeting and blocking the PD-1 protein on the surface of T-cells, triggering the T-cells to find and destroy cancer cells.

The results are in

The patients with early stage TNBC received pembrolizumab in addition to cytotoxic chemotherapy in order to shrink the tumor prior to having surgery. In this cohort, the trial results show that 64.8% of the women did not have residual cancer in the breast prior to surgery. This was compared with the women receiving placebo, for which only 51.2% had no residual cancer. The researchers note that this result alone is excellent for standard treatment but demonstrates the effectiveness of combining immunotherapy and chemotherapy.

Schmid said, "We saw a nearly 14 percent increase in the number of women with no cancer following chemotherapy, which is a massive step forward. It's long been established that women with no residual cancer after preoperative treatment stand a much better chance of remaining cancer-free; so being able to substantially improve these numbers is truly exciting. This would be the first targeted treatment open to all women with early triple negative breast cancer."

Whilst none of the participants had secondary stage cancers, some women did have disease in their lymph nodes, indicating that the cancer was more advanced. Typically, such patients would have a higher risk of disease reoccurrence, but the trial results demonstrate that, in this cohort, 20% more women were disease free following treatment in the treatment group compared to the control group.

The trial participants are now being followed up to assess the long-term effects of this treatment strategy. On average, most of the women are now one year-post surgery, and the data looks encouraging.

Schmid cautions that it's important to not get excited too prematurely as, statistically, recurrence rates would be low at this point in time anyway. He comments, "However, even with this short timescale, patients on immunotherapy seem to be doing much better. The data to date suggest that the combination of immunotherapy and chemotherapy may be preventing around a third of recurrences - though it's too early as yet for a definitive answer on that."

As the waiting game commences to confirm the long-term efficacy and safety of this approach, Schmid and team are optimistic, and believe that the findings thus far could warrant licensing of the drug for use in the near future.