A new study published in Obstetrics & Gynecology found that COVID-19 vaccination may cause a small change to the timing of the menstrual cycle, but that this change is temporary.

Shortly after the global COVID-19 vaccination efforts began, reports of individual’s experiencing changes to their menstrual cycle started to emerge. These experiences were communicated via formal channels, such as the UK’s Yellow Card Scheme, as well as social media. The potential impact of various authorized vaccines on menstrual cycles was not tested during initial clinical trials.

Subsequently, with an increasing number of vaccines being administered and more reports surfacing, calls for this phenomenon to be further explored increased. The scientific community responded, and in August 2021 the National Institutes of Health (NIH) declared $1.67 million worth of funding dedicated to this research space.

A handful of studies emerged in the second half of 2021, however they were associated with some limitations. Dr. Victoria Male, lecturer in reproductive immunology at Imperial College London explains, “Although there have already been a handful of studies on how COVID-19 vaccination may affect the menstrual cycle, all the ones we have so far have been retrospective.”

The research was conducted in the US, where the interval between dose one and dose two of the COVID-19 vaccine is between three-to-four weeks. This timeframe varies in different countries; for example, the UK dosage interval is approximately eight weeks.

Edelman and colleagues collected data on 3,959 individuals from a US Food and Drug Administration approved birth control application, “Natural Cycles”, where users can log and track their menstrual cycles. Study participants authorized their data to be de-identified and analyzed to compare cycles between those that had been vaccinated (2,403 individuals) and those that had not (1,556 individuals). Of the different COVID-19 vaccines available, 55% of the participants received Pfizer–BioNTech’s mRNA vaccine BNT162b2, 35% received Moderna’s mRNA-1273 and seven percent received Johnson & Johnson/ Janssen’s JNJ-78436735.

The study findings show that, on average, individuals experienced a delay to their menstrual cycle of less than one day following vaccination. Participants that received both doses of a vaccine within the same menstrual cycle – due to the three-to-four-week interval dose – experienced a two-day delay to their period. “However, their periods returned to normal within two cycles […] These results are reassuring, showing that most people do not experience a significant change to their cycle after COVID-19 vaccination and in those that do (people who receive both doses in a single cycle), their cycle returns to normal quickly,” says Male.

The timing of periods varies for an individual and between individuals. Any changes that are less than eight days are not of clinical concern. “There’s no evidence from this study of any clinically concerning change. And the small changes that were observed went back to normal very quickly. We also know from other studies that there’s no effect of COVID-19 vaccination on female fertility,” Male emphasizes.

Male notes that differences in dosing schedules across countries may explain why such changes have not been detected in research studies conducted thus far. “In countries like the UK, where we leave eight weeks between doses, it’s not possible to have both doses in a single cycle, so we expect not to see this happening here [the UK],” she says. In 2021, Male led a UK-based study that recruited a cohort of 1273 female participants to retrospectively analyze changes in menstrual cycle following COVID-19 vaccination. The study was not able to identify any strong links. “To be really sure of this [finding from the US-based study], we need to do a similar analysis using UK cycle tracking data – this is underway,” she adds.

What is causing the changes?

While the change to menstrual cycles identified in this study is not cause for concern, it’s important that research continues to explore the biological mechanisms as to why this may be happening. A firm conclusion is yet to be made, but there are several hypotheses. The immune system and the reproductive system are interlinked, and thus there may be signaling mechanisms that occur following vaccination that subsequently impact the menstrual cycle timing. 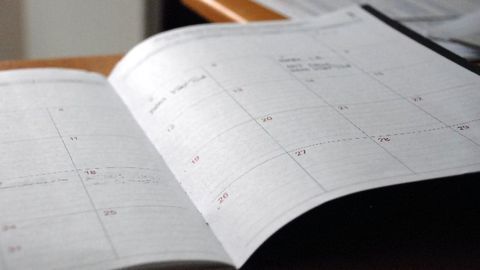 END_OF_DOCUMENT_TOKEN_TO_BE_REPLACED

The author’s note that, in addition to the reassuring data obtained from the study, the work is a success because it was prompted by the “public’s interest in menstrual health”. Pontsho Pilane, head of communications at the Wits Reproductive Health and HIV Institute and co-author of the book Flow, says that this is a positive sign that scientists are listening to populations’ concerns: “As a menstruating woman and a menstrual health and justice advocate, I’m particularly happy to see this data analysis as it gives some light to questions people who menstruate have been grappling with on and off-line as vaccination programs roll out across the globe.”

“Science has a particularly thorny history when it comes to looking at issues that affect people with uteruses,” she adds. “We cannot deny the racist and unethical origins of gynecology as we know it today […] The politics of gender and scientific research remain contentious until this day. While a lot has changed since then, it’s great to see menstruators leading the research, as it is a step in the right direction of community-led research.”