Molly Campbell is a senior science writer at Technology Networks. She holds a first-class honors degree in neuroscience. In 2021 Molly was shortlisted for the Women in Journalism Georgina Henry Award.
Learn about our editorial policies
Credit: Tim Mossholder on Unsplash.
Read time:

A new study by scientists at Imperial College London explores whether the hormone kisspeptin could be utilized in the treatment of men with sexual problems that are psychological in origin, an example being low libido.

Literature says that beauty is in the eye of the beholder. Science agrees, but in a (somewhat) less poetic fashion, depicting attraction as an "innate process that relies on the integration of multimodal sensory cues with appropriate emotional and behavioral outputs."1

The "innate processes" that underpin human attraction have remained elusive. Considering that attraction is often a steppingstone towards sexual arousal and sexual activity, this lack of understanding can be problematic. Approximately one in three individuals worldwide have a psychosexual disorder/ dysfunction, whereby an individual experiences issues getting sexually aroused or feeling sexual satisfaction.

"Psychosexual disorders have a major detrimental impact on wellbeing and can be highly distressing not only to those affected but also their partners. Despite the high numbers of people with these disorders there are currently limited treatment options," says Alexander Comninos, Honorary Clinical Senior Lecturer at Imperial College London, Consultant Endocrinologist at Imperial College Healthcare NHS Trust.

"It is crucial to better understand the processes involved in attraction in humans so that we can ultimately design safe and more effective treatments for patients with related disorders," Comninos told Technology Networks. He is the co-senior author of a new study published in the journal JCI Insight that explores the potential of a novel avenue for the treatment of psychosexual disorders – increasing levels of the hormone kisspeptin.

Sometimes nicknamed "mental viagra", kisspeptin is a hormone produced in the hypothalamus that facilitates the release of other reproductive hormones within the body, such as luteinizing hormone (LH).

Previously, researchers at Imperial demonstrated that kisspeptin can enhance the body's processing of sexual arousal. To advance this work, they next wanted to investigate whether the hormone can be utilized to stimulate the regions of the brain involved in attraction.

In the study published in JCI Insight, Comninos et al. performed a randomized, double-blind placebo-controlled trial in 33 heterosexual men aged 18-34 years with healthy libidos.1 The subjects were given either an IV infusion of kisspeptin or a placebo between 2018-2019 at Hammersmith Hospital.

They used brain imaging, hormonal and psychometric tests to investigate the effects of kisspeptin on brain processing during olfactory (smell) and facial attractiveness tasks.

Comninos et al. found that an IV kisspeptin infusion of 1nmol/kg/hr significantly increased circulating kisspeptin levels from baseline measures, and that the increase was sustained for the duration of the brain imaging and other tasks. To confirm that the dose was biologically active, the scientists monitored whether administration of kisspeptin resulted in a subsequent increase in LH hormone levels, which it did.

The famous words of Marilyn Monroe from a 1952 interview resulted in Chanel No.5 becoming somewhat symbolic of sexual desire and lust. Whilst this may sound like a clever marketing campaign, Monroe was on to something. Research has demonstrated that the scent activates limbic regions of the brain that are associated with sexual arousal. For that very reason, in the olfactory part of the experiment, Chanel No.5 was delivered nasally to the participants. Whilst they sniffed the scent, the activity of their brain was monitored via fMRI scans. 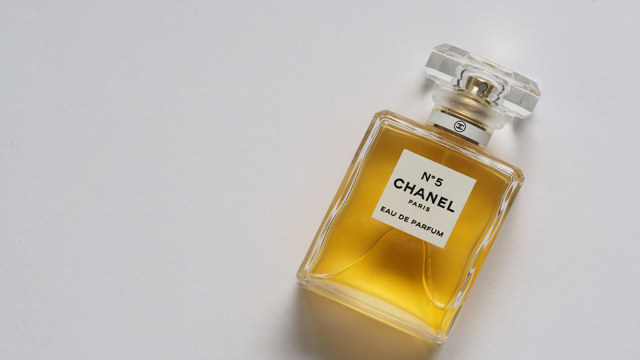 
The scientists discovered that the injection of kisspeptin "enhanced" attraction pathways in the brain when they smelt the perfume compared to placebo.

I asked Comninos how this "enhancement" is quantified. He says, "This was quantified by examining brain activity (measured by analyzing blood oxygen levels by MRI) in various areas of the brain whilst they [the participants] were smelling the female perfume. We compared this activity whilst they were being infused with kisspeptin to when they were being infused with placebo. The volunteers were unaware of which one they were receiving. By examining which brain areas were enhanced we could generate a map of the various olfactory, reward, motivation and arousal areas involved."

The participants also completed a task in which they viewed images of 60 different female faces categorized as high, medium and low in attractiveness. Again, upon viewing the faces, the samples' brains were scanned via fMRI. Kisspeptin also enhanced the response to the images in certain regions of the brain.

"The main region we saw enhancement in was a region at the front of the brain called the medial prefrontal cortex. This area is known to be involved in the appreciation of aesthetic beauty including faces. The fact that kisspeptin boosted activity here on viewing female faces was really intriguing," Comninos remarks.

Would the outcome be the same in a homosexual individual?

The sample utilized in the study is all heterosexual males. I ask Comninos whether he would anticipate the results to be similar in a homosexual male: "It is difficult to say but something that would be fascinating to examine."

"This builds on our previous work that identified a role for kisspeptin in sexual arousal. Now we have found that kisspeptin may actually enhance the processing of smell and facial attraction, which are often the first steps to sexual arousal. We hope our growing understanding of how kisspeptin boosts parts of the brain involved in attraction and arousal can ultimately lead to new ways of treating people affected. However, we still have a long way to go," comments Professor Waljit Dhillo, NIHR Research Professor in Endocrinology and Metabolism at Imperial College London and co-senior author of the study.

Comninos adds, "We would like to look the effects of kisspeptin on patients with distressing low sexual desire – can kisspeptin be a possible treatment down the line? Let's wait and see."