Molly Campbell is a senior science writer at Technology Networks. She holds a first-class honors degree in neuroscience. In 2021 Molly was shortlisted for the Women in Journalism Georgina Henry Award.
Learn about our editorial policies
Credit: torstensimon from Pixabay.
Read time:

Complete the form below and we will email you a PDF version of "Interim Analysis Suggests Novavax's COVID-19 Vaccine Has 89.3% Efficacy Rate"

The biotechnology company Novavax has announced that its COVID-19 vaccine, NVX-CoV2373, demonstrated an 89.3% efficacy rate in a Phase III clinical trial taking place in the UK.

The press release states that the 89.3% efficacy rate has been determined from data including ~15,000 participants aged 18-84-years-old. Twenty-seven percent of the population in this data set are aged 65 and over. Like Oxford/Astrazeneca's ChAdOx1 and Pfizer/BioNTech's BNT162b2, NVX-CoV2373 is administered via intramuscular injection in a two-part dosing schedule. There are 21 days between the first dose and the second dose being administered.

END_OF_DOCUMENT_TOKEN_TO_BE_REPLACED

How do you calculate vaccine efficacy?

In a clinical trial, vaccine efficacy is determined by calculating the number of people in the unvaccinated group that are diagnosed with the disease and comparing this to the number of people diagnosed in the vaccinated group.
In the UK trial of Novavax's COVID-19 vaccine, the first interim analysis is based on 62 positive PCR-confirmed cases of COVID-19. Fifty-six of these cases occurred in the placebo group, and six occurred in the NVX-CoV2373-vaccinated group. Collectively, these data produce an estimated vaccine efficacy of 89.3%. Notably, the trial assessed NVX-CoV2373's efficacy during a time-period where transmission was high in the UK and the new COVID-19 variant – B.1.1.7 – was circulating. Of the 62 confirmed cases in the interim analysis, 32 have been attributed to the UK variant, 24 non-variant and six unknowns.

The press release also shares initial findings from a Phase IIb trial of NVX-CoV2373 that is taking place in South Africa, where a variant of the B.1.351 lineage is circling and causing concern due to some evidence that indicates "one of the spike protein mutations, E484K, may affect neutralization by some polyclonal and monoclonal antibodies," as stated by the CDC.

The Novavax press releases said, "In the South Africa Phase 2b clinical trial, 60% efficacy for the prevention of mild, moderate and severe COVID-19 disease was observed in the 94% of the study population that was HIV-negative," it states. Of these confirmed cases, 29 occurred in the placebo group and 15 in the vaccinated group. Professor Paul Hunter from the Norwich School of Medicine said that although this efficacy was lower than against the other variants, it is "still a worthwhile level of immunity".

NVX-CoV2373 is a protein-subunit vaccine, and so it is developed to produce an immune response in a different way to the currently available COVID-19 vaccines. The virus' genetic code is inserted into a baculovirus system which can be likened to a "factory". Here, the cellular machinery works to produce the proteins that are encoded by the gene that has been inserted. In the case of the NVX-CoV2373, antigen proteins for the SARS-CoV-2 spike protein are produced. The particles are extracted and purified to become the vaccine's active ingredient which are inserted into the body. Novavax's vaccine also includes an adjuvant, Matrix-M™, that aims to enhance the immune response.

What is an adjuvant?

Some vaccines contain ingredients that are purposefully added to the vaccine to help it generate a stronger immune response. These ingredients are known as adjuvants, and they have been used in vaccines for more than 70 years. 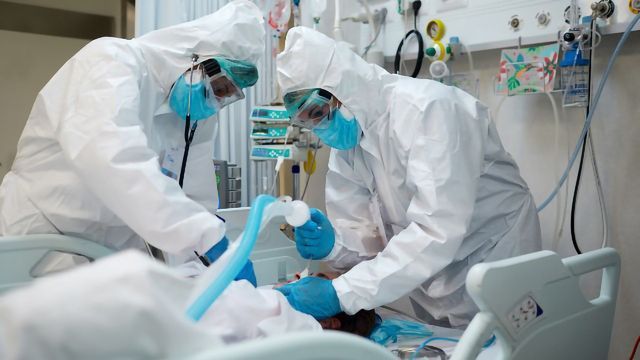 END_OF_DOCUMENT_TOKEN_TO_BE_REPLACED

If the results of NVX-CoV2373's efficacy are confirmed through peer-review, they provide confirmation that the spike protein is an "excellent target" for vaccination, according to Dr Al Edwards, associate professor in biomedical technology at the University of Reading. " It also opens doors for vaccine manufacturers, Edwards said, as the protein-subunit vaccine can be made in different factories to RNA or viral vaccines: "It's also great news for vaccine developers, as it provides us with more tools for rapid vaccine discovery into the future."

Novavax confirm that additional analysis of the data will be shared when it becomes available via prepublication servers, in addition to peer-review. The biotechnology company has also initiated a rolling submission to the Medicines and Healthcare products Regulatory Agency (MHRA). NVX-CoV2373 continues to be evaluated in two Phase III trials, one taking place in the UK and the PREVENT-19 trial in the US and Mexico.

"These are not the final results and more data will undoubtedly be being collected to enable more exact estimates of vaccine efficacy. Overall the statements on efficacy look very promising and would place the Novavax vaccine up with the other vaccines," – Hunter.