Molly Campbell is a senior science writer at Technology Networks. She holds a first-class honors degree in neuroscience. In 2021 Molly was shortlisted for the Women in Journalism Georgina Henry Award.
Learn about our editorial policies
Credit: Marcelo Leal on Unsplash.

A new immunotherapy has proven successful in 73% of multiple myeloma (MM) cancer patients in a Phase II clinical trial. The Phase II trial results were reported at The American Society of Hematology annual meeting on December 10. The dosing regimen adopted in this study was informed by a Phase I trial, the results of which are now published in The New England Journal of Medicine (NEJM).

MM is a type of bone marrow cancer. Unfortunately, most MM patients that receive standard of care therapies continuously relapse, leading to a poor prognosis. Consequently, there is an urgent unmet medical need to develop a safe and effective therapeutic for this type of cancer.

Talquetamab is a type of immunotherapy known as a bispecific antibody therapy. It targets and binds to a G-protein coupled receptor called GPRC5D on myeloma cells, and a protein complex called CD3 found on T cells. This binding action triggers a cascade of molecular processes, triggering the T cells to kill the cancerous cells. The scientists developing and testing the drug describe this approach as “bringing your army right to the enemy”. 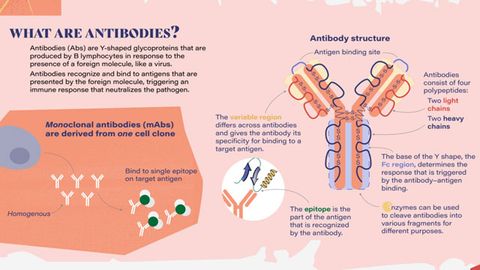 END_OF_DOCUMENT_TOKEN_TO_BE_REPLACED

A Phase I trial of talquetamab recruited 232 patients across several cancer centers between January 2018 and November 2021. Participants received an array of drug doses, administered intravenously or via a subcutaneous injection.

What is a Phase I and Phase II clinical trial?

Phase I trials are designed to determine an investigational new drug (IND)’s safety in humans, and gather information on appropriate dosage to limit toxicity and enhance therapeutic effect. Phase II trials then acquire additional safety data, determine a drug’s efficacy and report on any adverse side effects. Learn more here.

The overall response rate across these two groups was ~73 percent. “This means that almost three-quarters of these patients are looking at a new lease on life,” said Dr. Ajai Chari, director of Clinical Research in the Multiple Myeloma Program at The Tisch Cancer Institute and lead author of both studies. “Talquetamab induced a substantial response among patients with heavily pretreated, relapsed, or refractory multiple myeloma, the second-most-common blood cancer. It is the first bispecific agent targeting the protein GPRC5d in multiple myeloma patients.”

The response rate was maintained across various subgroups that were examined, bar patients with a rare form of MM that spreads to organs and soft tissues. Over 30% of patients had a complete response or better, as measured by quantifying myeloma-specific markers present in patient samples. Almost 60% demonstrated a “very good partial response” or better, which suggests the cancer was substantially reduced, but wasn’t completely eradicated.

The average time for patients to demonstrate a measurable response to the therapy was approximately 1.2 months across both dosing groups.

The researchers state that adverse side effects to talquetamab occurred “relatively frequently” but were most often mild. Approximately 75% experienced cytokine release syndrome, which is known to be a common side effect of immunotherapy and includes symptoms such as fever development.

Around 60% of participants demonstrated skin-related side effects, including rashes. Some participants reported changes to their sense of taste, and ~50% experienced nail disorders. However, a low number of patients (five to six percent) chose to halt talquetamab therapy due to side effects.

A press release from Janssen – who sponsored and funded the clinical trials – suggests a Biologics License Application has been submitted to the US Food and Drug Administration (FDA) for talquetamab. “We look forward to working with the agency to make this available as a treatment option in the short term and continuing our longer-term investigations of talquetamab as we aim to develop additional options for patients with this complex blood cancer,” said Dr. Sen Zhuang, vice president in Clinical Research and Development, Janssen Research & Development.

This article is a rework of a press release issued by Mount Sinai Hospital. Material has been edited for length and content.