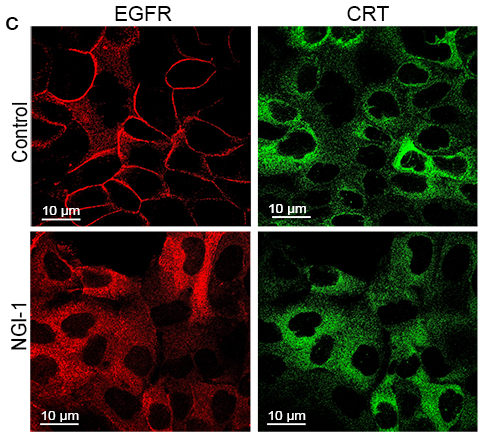 Lung cancer cell growth depends on certain proteins that require the addition of sugar molecule chains to become active. Scientists have long thought that the addition of these sugar chains is like an on or off switch, and that blocking their addition would be harmful. Now a Yale-led research team has identified a new blocking mechanism that acts more like a dimmer switch and potently inhibits lung tumor cell growth.

Senior author Joseph Contessa and his co-authors screened hundreds of thousands of chemical compounds to uncover a new inhibitor that reduces the addition of sugar chains without harming non-tumor cells. Based on this finding, the research team plans to test the compound in preclinical studies as a potential new strategy for treating lung cancer — the leading cause of cancer death nationwide.