The biotechnology company Novavax has announced that its COVID-19 vaccine NVX-CoV2373 has a final efficacy of 96.4% against mild, moderate and severe disease. The efficacy has been determined from the results of a Phase III trial that took place in the UK. In the same announcement, Novavax shared that a complete analysis of its Phase IIb trial in South Africa – where the majority of strains are of the B.1.351 escape variant – suggested that NVX-CoV2373 has an efficacy of 55.4%. In both trials, the vaccine demonstrated 100% protection against severe disease, the company says. 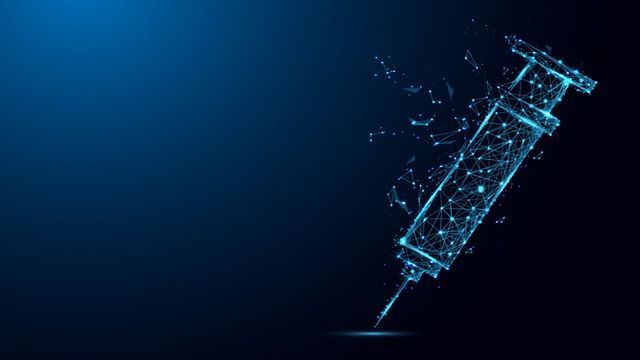 END_OF_DOCUMENT_TOKEN_TO_BE_REPLACED

"The Novavax announcement continues the stream of excellent news we’ve had about vaccines over the last few months. It’s a remarkable achievement to have so many candidates either already approved or showing such positive results ahead of an application to the regulators," said Dr Michael Head, senior research fellow in global health at the University of Southampton.

Where has the Novavax data come from?

The Phase III trial recruited over 15,000 participants that were aged 18-84 years, with 27% of recruits being over the age of 65. The primary endpoint of the trial was the first occurrence of a PCR-confirmed case of COVID-19 classed as mild, moderate or severe at least seven days after the administration of the second dose of the vaccine in participants that tested serologically negative at baseline.

Efficacy was calculated at 96.4% against the original SARS-CoV-2 virus strain and 86.3% against the B.1.1.7/501Y.V1 variant in the UK. An overall vaccine efficacy was determined at 89.7% after 106 COVID-19 cases were observed: 10 in the vaccine group and 96 in the placebo group. Of the 96 confirmed cases of COVID-19 in the placebo group, five of these were classed as severe. Of these five severe cases, four were determined as being caused by the B.1.1.7/501Y.V1 variant.

In the press release, Novavax states that it expects this data to serve as the "basis for submission of authorization to various regulatory agencies worldwide".

The overall efficacy of the vaccine was calculated as 48.6% against predominant virus strains. The majority of cases confirmed were due to the B.1.351/501Y.V2 strain of SARS-CoV-2, with 51 cases in the vaccine group and 96 cases in the placebo group.

"The Novavax protein-based vaccine is very effective against infection with the original virus variant (96.4% against symptomatic disease) with slightly reduced efficacy against the UK variant (B.1.1.7). However, the overall efficacy of this vaccine against the B.1.351 South African variant is significantly reduced at 48.6% – increasing to 55.4% if HIV-positive participants are excluded. This study supports the need for modifying existing vaccines to provide better protection," said Professor Lawrence Young from Warwick Medical School.

Lawrence discussed how other vaccine manufacturers are approaching the issue of reduced vaccine efficacy against variants of SARS-CoV-2: "Moderna have recently announced the production of a variant-specific vaccine that incorporates the spike gene from the South African variant which will be tested in Phase I clinical trials as a booster or primary vaccine – either alone or in combination with the original vaccine," he said.

Regulators such as the UK's MHRA have confirmed that modified vaccines will be subject to fast-track process for approvals in a similar approach to influenza vaccine boosters. "This is because researchers are now better able to measure protection by looking at antibodies in the blood following vaccination, reducing the need to wait and see whether or not people in a trial become infected with the disease. This would significantly reduce the length of time taken for the modified vaccine to be ready for use," Lawrence commented.

Professor Daniel Altmann from Imperial College London said that the current vaccines induce "very high" levels of neutralizing antibody, and so they can still give protection even with some drop-off against the variants. "This is especially true for Novavax, which induces enormous levels of immunity," he said.