Currently, malaria infects approximately 200 million and kills nearly 600,000 people worldwide each year. The disease is transmitted via mosquito bites, with parasites forming in the liver before entering into the blood stream. The parasite that causes malaria has established resistance to most drugs used to treat the disease, so new drugs that act via new mechanisms are critically needed to treat patients and fight the spread of the disease.

An international team of scientists previously identified a molecule, called DSM265, which targets malaria parasites in both the blood and liver and remains in the body for an extended period of time. This means that the drug not only has the potential to act as a treatment but also as a prevention for the disease. 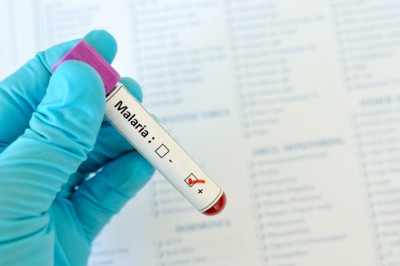 The team, led by researchers at the Monash Institute of Pharmaceutical Sciences, UT Southwestern Medical Center, the University of Washington, and the not-for-profit Medicines for Malaria Venture (MMV), identified a class of drugs that inhibit a key enzyme in the malaria parasite - dihydroorotate dehydrogenase (DHODH). The DHODH enzyme enables the parasite to reproduce and spread. The DSM265 molecule targets DHODH, preventing the parasite from being able to synthesise the building blocks of DNA and RNA, which are needed for survival.

“DSM265 is an inhibitor of a key parasitic enzyme and in humans has been shown to be remain in the body for a long time after a single dose. It’s a very exciting drug candidate,” said Dr Susan Charman, Professor at the Monash Institute of Pharmaceutical Sciences.

“The treatment has the potential to be effective after only a single dose, which is particularly important for regions of poverty where compliance is a huge issue. The single dose approach could also help eliminate issues caused when patients don’t take the full course of medication, which contributes to the development of resistance,” Dr Charman said.

The drug has long-lasting effects, and remains in the body for up to eight days, eliminating the need for daily dosing. To delay resistance, however, it would need to be administered in combination with another drug that acts against the parasite by a different mechanism.

"Clinical studies in malaria patients are currently underway and will provide further information regarding the drug’s effectiveness and safety. We’ve still got a long way to go but so far the results are very encouraging,” Dr Charman said.

The clinical development is being conducted through a partnership between MMV, Takeda Pharmaceutical Company and the Global Health Innovative Technology (GHIT) fund.