Molly Campbell is a science writer at Technology Networks. She holds a first-class honors degree in neuroscience. In 2021 Molly was shortlisted for the Women in Journalism Georgina Henry Award.
Learn about our editorial policies
E. coli has been reprogrammed to produce a chondroitin sulfate, a complex sugar. Credit: Rensselaer Polytechnic Institute.
Read time:

Complete the form below and we will email you a PDF version of " Scientists Reprogram E. coli To Produce Designer Polysaccharide Molecule"

For the first time, scientists have reprogrammed the bacterium Escherichia coli to produce chondroitin sulfate, a component of cartilage that is often used as a dietary supplement to treat osteoarthritis. Currently, the supplement is sourced from cow tracheas. The study results are published in Nature Communications.1

You might have been administered a biopharmaceutical at some point in your lifetime. For instance, if you have undergone immunotherapy treatment, been prescribed certain arthritis drugs such as Rituximab, or if you have received a vaccine – these are all examples of biopharmaceuticals.

It is estimated that up to 50% of all drugs in development pipelines will be biopharmaceuticals within 5-10 years. Considering that many types of biopharmaceuticals involve animals at certain points their manufacturing process, the expansion of biopharma is associated with sustainability challenges. "Animal farming is not sustainable due to limited availability of source tissues mostly from food animals, scale-up issues, adverse environmental impact and quality control issues, nor can it meet the growing demands in the long-run," explains Mattheos Koffas, professor of chemical and biological engineering at Rensselaer Polytechnic Institute. Koffas also emphasizes that the use of animals in biopharmaceutical manufacturing is associated with safety and contamination risks.

These challenges are driving scientists to explore alternative animal-free methods for manufacturing biopharmaceuticals. Koffas is the lead researcher on a new study in which scientists have genetically engineered E. coli to produce the dietary supplement chondroitin sulfate.

The feat is one that has taken many years, and many scientists, to achieve. Jonathan Dordick, Howard P. Isermann professor of chemical and biological engineering, Robert Linhardt, Ann and John H. Broadbent, Jr. ’59 Senior Constellation professor of biocatalysis and metabolic engineering – are also members of the research team.

"When we started this project, nobody believed that it would be possible for a simple bacterium such as E. coli to produce such complex polysaccharides. In fact, it took us several rounds of applications to National Science Foundation to finally receive funding for this work. In addition, it took five PhD students that worked full time on this project and several other students and postdocs who worked on it part time and a period of 10 years to finally accomplish this task," says Koffas. 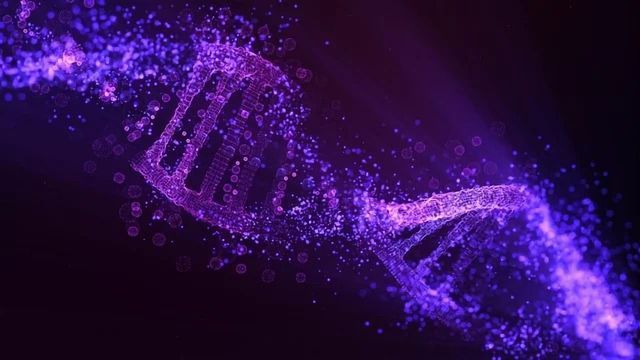 END_OF_DOCUMENT_TOKEN_TO_BE_REPLACED

Usually, genetically engineering microbes involves the optimization of one or a relatively limited number of steps. In this case, the researchers had to achieve three separate engineering targets at once: the production of an unsulfated chrondroitin precursor polysaccharide, the production of PAPS – the molecule that provides the sulfur moiety in order for the polysaccharide to become sulphated – and the expression of the sulfotransferase enzymes that perform the sulfation of the polysaccharide.

To do this, the scientists used a combination of contemporary biotechnology methods such as CRISPRi, and traditional genetic engineering and protein engineering techniques.

"The production of the polysaccharide precursor was achieved by overexpressing genes and deleting one gene that resulted in the production of a completely different product. Similar types of genetic manipulations (gene overexpressions and gene deletions) but also gene downregulations – achieved using CRISPRi – were involved in optimizing the biosynthesis of PAPS," explains Koffas. He adds, "Finally, extensive protein engineering was required for functional expression of the mammalian sulfotransferases in E.coli. These enzymes do not functionally express in bacteria because they need to undergo post-translational modifications that bacteria can’t do. That is why their engineering was necessary. All three pieces then needed to come together to achieve the production of chondroitin sulfate."

Analytical methods including mass spectrometry and chromatography were adopted to characterize the chemistry of the final product, including the degree of sulfation, position of sulfation in the polysaccharide chain and the molecular weight.

The research was a success, and whilst the yield produced via this method is arguably small – micrograms per liter – it's the proof of principle that is important, Koffas says: "I agree that the titers are small, but it is a proof of concept that animal-free bioengineered chondroitin is possible and it can be done. It will require further improvement of the enzyme expression, which appears to be the single limiting factor now and potentially further improvement of the concentration of the sulfur donor (PAPS)."

The method might look to be ethical and sustainable, but it is cost effective? Koffas thinks so. "With a simple, back of the envelope calculation, if we are able to increase the production titer by 100-fold we should be able to have a biosynthetic production method for chondroitin that will be competitive against the current, animal extraction method. E. coli fermentations and their scale-up is not new, and great progress has been made in decreasing the cost and accelerating the scale-up of a lab strain to thousands of liters of fermentation."

As for next steps, the team want to improve the production of chondroitin sulfate in addition to making other animal-derived natural products, such as keratan sulfate, heparin and other types of natural chondroitins.

"This paper provides the proof of concept that all these molecules are within reach to be produced using bioengineering approaches and we strongly believe that their production using metabolic engineering and synthetic biology in an economically competitive method is feasible," concludes Koffas.