Social Media, Vaccine Hesitancy and the Spread of Viral Misinformation

Holly Large is a PhD student at the University of Leicester, with interests in public health genomics and science communication.
Learn about our editorial policies
News

Social Media, Vaccine Hesitancy and the Spread of Viral Misinformation

Complete the form below and we will email you a PDF version of "Social Media, Vaccine Hesitancy and the Spread of Viral Misinformation"

A study investigating vaccination-related Facebook ads has revealed that efforts by the platform to improve transparency may have led to the removal of ads promoting vaccination, whilst a small group of unscientific anti-vaccine ad buyers have successfully been able to reach their targeted audiences.

Measles – back with a bang

Back in 2000, measles was declared “eliminated” in the United States (US). However, the country has recently seen its largest measles outbreak in more than two decades; 1261 cases have been reported in 2019 so far. The US isn’t alone in this, with WHO reporting that measles cases have risen by 30 percent globally between 2016 and 2018.

Measles is amongst many diseases that can be prevented through vaccination – but there is an ever-growing movement of “vaccine hesitancy”, which refers to reluctance towards or refusal of vaccination, despite its availability.1 Although the reasons behind the increase in vaccine-preventable diseases are complex and cannot be attributed to vaccine hesitancy alone, it is still considered to be one of this year’s top ten threats to global health. Earlier in 2019, Italy went so far as to ban children from attending school unless they had been vaccinated. 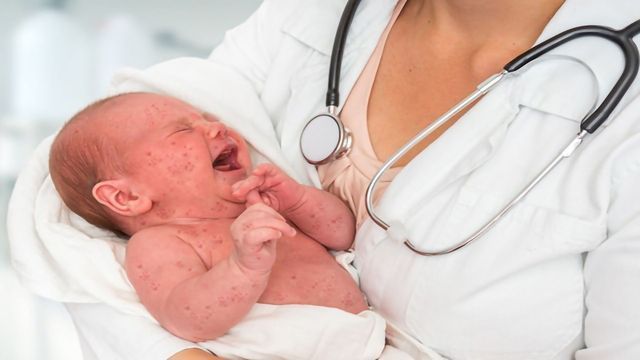 END_OF_DOCUMENT_TOKEN_TO_BE_REPLACED

Social media and the “anti-vax” movement

As with many hotly contended topics nowadays, social media platforms such as Facebook have become an arena for promoting both anti- and pro-vaccination content. After the recent measles outbreak in the US, the role of social media in vaccine hesitancy and “anti-vax” content has become ripe for scrutiny.

In a study published in the journal Vaccine, researchers used the tool Ad Archive to investigate vaccine-related advertising. In an effort to increase transparency in their advertising and prevent the spread of misinformation, Facebook introduced Ad Archive in 2018, allowing users to find data for ads about “social issues, elections or politics”, including details of how much money was being spent on ads and by who.

Using the key word “vaccine”, the research team searched the archive on two separate dates, retrieving 309 relevant ads in total. Analysis revealed that the number of pro-vaccine versus anti-vaccine ads was not that different; 53% were of the former and 47% were of the latter.2 Looking at these numbers alone, it would be easy to conclude that the presence of the anti-vax movement is not as strong as suggested.

What’s lurking under the surface?

However, upon closer inspection, this assumption comes into question. The study found that most anti-vaccination advertisements were posted by just two groups, funded by private individuals and were highly focused on the supposed harms of vaccination.

The authors pointed out that these groups tend to be more organized than those promoting scientific content and pro-vaccine messages, who don’t always see themselves as political. In comparison, they found that adverts promoting vaccination did not belong to a common or organized theme or funder and were focused on trying to get people vaccinated against a specific disease in a targeted population.

According to the researchers, this could have a negative impact on whether or not pro-vaccination content is shown. On this point, principal investigator David Broniatowski comments: "These policies actually penalize pro-vaccine content since Facebook requires disclosure of funding sources for “political” ads, but vaccine proponents rarely think of themselves as political.” If this data is not provided, then adverts are not necessarily shown.

This combination of an absence of funding information, a mixture of funders, and the lack of a common message suggested that pro-vaccine content may not be reaching its target audience as well as the anti-vax camp. “Vaccine opponents are more organized and more able to make sure that their ads meet these requirements,” says Broniatowski. 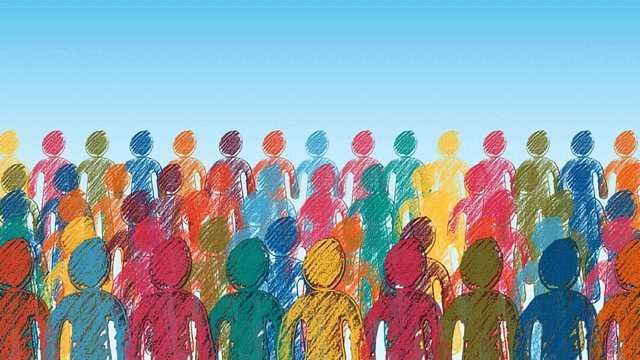 What is Herd Immunity?

END_OF_DOCUMENT_TOKEN_TO_BE_REPLACED

The authors believe that Facebook’s labeling of vaccination-related content as political is the crux of the issue. "By accepting the framing of vaccine opponents – that vaccination is a political topic, rather than one on which there is widespread public agreement and scientific consensus – Facebook perpetuates the false idea that there is even a debate to be had," concludes Broniatowski.

"This leads to increased vaccine hesitancy, and ultimately, more epidemics."