Complete the form below and we will email you a PDF version of "Sputnik V COVID-19 Vaccine Has Efficacy Rate of 92%, Interim Analysis Suggests"

The National Research Center for Epidemiology and Microbiology named after N.F. Gamaleya of the Ministry of Health of the Russian Federation (also known as the Gamaleya Center) and the Russian Direct Investment Fund have announced that Sputnik V – the world's first registered vaccine against COVID-19 – demonstrates an efficacy rate of ~92%. The announcement is based on an interim analysis and comes just a few days after Pfizer and BioNTech's statement that the BNT162b2 vaccine candidate demonstrates an efficacy rate of ~90% based on interim analysis findings.

The Phase III trial is a double-blind, randomized, placebo-controlled study that has enrolled 40,000 participants across countries such as Belarus, UAE, Venezuela. In the trial, participants either receive two doses of Sputnik V or a placebo solution 21 days apart.

As of November 11, more than 20,000 individuals have received the first dose of Sputnik V as part of the Phase III clinical trial, and over 16,000 participants have received the second dose, according to the press release shared by the Gamaleya Institute. The interim analysis is based on the first 16,000 trial participants. "As a result of a statistical analysis of 20 confirmed cases of coronavirus, the case split between vaccinated individuals and those who received the placebo indicates that the Sputnik V vaccine had an efficacy rate of 92% after the second dose," the institute said.

The efficacy rate of 92% means that the chances of developing COVID-19 were 92% less in participants that were vaccinated with Sputnik V, compared to the placebo group, according to this analysis. The press release also states that "no unexpected adverse events were identified as part of the research", however some vaccinated individuals experienced short-term minor adverse events including pain at the injection site and flu-like syndromes, such as weakness, fatigue and headache.

A week of "encouraging" vaccine news 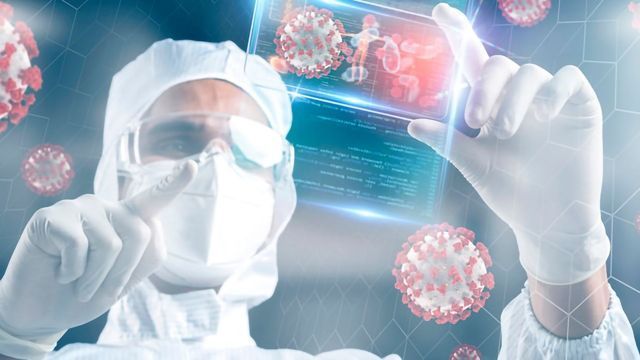 END_OF_DOCUMENT_TOKEN_TO_BE_REPLACED

The interim data analysis closely follows Pfizer and BioNTech's announcement that BNT162b2 – an mRNA-based vaccine – has an estimated ~90% efficacy rate. For both of these announcements, the analysis has only been shared via press releases, not via scientific journal publications. As such, the data has not yet undergone peer review.

Nonetheless, the scientific community have been discussing both vaccine candidates based on the information we do have available so far – starting with the quality of the interim analysis.

Professor Eleanor Riley commented on the Gamaleya Institute's decision to conduct the analysis when 20 cases of COVID-19 had been confirmed in the cohort: "Whilst encouraging, I worry that these data have been rushed out on the back of the Pfizer/BioNtech announcement earlier in the week. The Sputnik data are based on only 20 cases of COVID-19 in the trial participants, compared to more than 90 cases in the earlier trial."

She continued, "This is not a competition. We need all trials to be a carried out to the highest possible standards and it is particularly important that the pre-set criteria for unblinding the trial data are adhered to avoid cherry picking the data. Anything less than this risks a public loss of trust in all vaccines, which would be a disaster.”

Her concerns pertaining to the efficacy calculations are echoed by Professor Stephen Evans from the London School of Hygiene and Tropical Medicine, who said: "This report refers to efficacy being assessed based on 20 cases. From the description it seems likely that one of the about 8,000 people who had received the vaccine and had available data after two doses was compared with 19 people who received placebo (assuming the allocation was split equally between vaccine and placebo).The consequence is that there is considerable uncertainty because of the small number (20) of total COVID-19 cases. Further follow-up is needed because the results are compatible with a much lower efficacy (60%) based on these data."

Dr Stephen Griffin, associate professor at the University of Leeds School of Medicine, acknowledged that, despite using different vaccine platforms, both candidates target the S protein of SARS-CoV-2. As such, the apparently high efficacy rates should bode well for the growing number of other COVID-19 vaccines that target the S protein. "We can be cautiously optimistic that SARS-CoV2 vaccines targeting the spike protein are effective. Moreover, as the Sputnik antigen is delivered via a different modality, namely using a disabled Adenovirus rather than formulated RNA, this provides flexibility in terms of perhaps one or other method providing better responses in certain age groups, ethnicities, etc., plus the storage of this vaccine ought to be more straightforward," he said.

What type of vaccine is Sputnik V?

Sputnik V is an adenovirus-based vaccine, as is the ChAdOX1 candidate being developed by the University of Oxford. Dr Gillies O-Bryan-Tear, chair of policy and communications at the Faculty of Pharmaceutical Medicine, explained how adenovirus-based vaccines induce an immune response: "The [inactivated] viral vector is used to carry DNA sequences coding for the spike protein of the Covd-19 virus into the body’s cells, which then generate the spike protein antigen using the cell’s own mRNA. This antigen is expressed on the cell surface where it can be recognized by the body’s immune system."

Professor Charles Bangham, chair of immunology at Imperial College London added, "The Sputnik V strategy has some theoretical advantages, because the use of the full-length S protein may elicit a broader immune response, but the adenoviruses used are also likely to produce more side-effects such as fever or headache – although these are expected to be mild." Bangham calls for proper evaluation of the safety and efficacy of these two vaccines, including the duration of the protection they provide and their effectiveness in a variety of age groups.

Sputnik V has been at the center of controversy and speculation over recent months, largely due to Russia's decision to approve the vaccine prior to Phase III trial data being available. This approach is unconventional in traditional drug and vaccine development, and thus the scientific community expressed concerns.

More on this story

Will today's announcement provide a sense of reassurance or relief? Without the full data being available, it is hard to say. Confirmation of the ~94% efficacy rate through peer-review of the data will certainly be a step in the right direction.

Professor Ian Jones from the University of Reading said: "Although based on fewer cases than the recent Pfizer data, the vaccine looks as efficient and, like the Pfizer data, confirms and extends the earlier Phase II results. We still need to know about the longevity of the response and the efficiency in different age groups, but the result bodes well for the other trials currently in progress and for having enough vaccine in geographically diverse regions to enable a comprehensive vaccination program on a global scale.”