In December 2020, a new variant of the SARS-CoV-2 virus – known as B.1.1.7 – was declared a "variant of concern", or VOC, by Public Health England in the United Kingdom. B.1.1.7 has rapidly become the dominating form of SARS-CoV-2 in England, and has been detected in at least 30 other countries.

Compared to other variants of the virus, B.1.1.7 carries a large number of mutations that results in 10 amino acid changes in the Spike (S) protein. The variant has roused concerns over its potential impact on COVID-19 vaccine rollouts that are occurring across the globe. Put simply, the more mutations that a virus has, the higher the likelihood that a vaccine might not be effective. 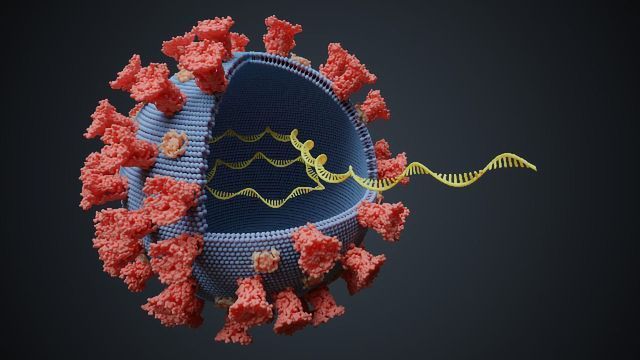 What Do We Know About the SARS-CoV-2 Variant Spreading in the UK?

END_OF_DOCUMENT_TOKEN_TO_BE_REPLACED

As such, scientists are investigating whether neutralizing antibodies generated by current COVID-19 vaccines are able to recognize the variant. A new preprint shared by BioNTech and Pfizer outlines one such body of work.1

The companies have generated pseudoviruses that bear either the Wuhan reference strain or the lineage B.1.1.7 S protein. Using the pseudoviruses, they have investigated the neutralizing potential of immune sera from 16 individuals that previously received the mRNA-based COVID-19 vaccine BNT162b2 in Germany. Eight serum samples were drawn from younger trial participants (aged 18-55 years), and the other eight were drawn from older adults (aged 56-85 years).

Whilst the study results remain to be peer-reviewed and the sample size is arguably small, scientists are pleased.

Jonathan Stoye, group leader at the Retrovirus-Host Interactions Laboratory at the Francis Crick Institute said that the news should not be considered surprising but is "very welcome" regardless. “The study applies standard methodology to examine the inhibition of viruses carrying the spike protein of the new variant and original viruses by sera from 16 individuals who participated in German trials of the vaccine. No difference was seen between the two virus preparations. This makes it very unlikely that the UK variant will escape from the protection provided by the vaccine," he commented.

Stoye also addressed a potential caveat to the work in that it used a non-replicating pseudotype virus assay. However, the fact that previous work has not shown a significant difference in virus neutralization between this system and one involving a replicating coronavirus is of some assurance.

Simon Clarke, associate professor in cellular microbiology stated that the data are "positive findings", but added that whilst the antibody response does not appear to be blunted by B.1.1.7's mutations, the research does not evaluate the impact that the mutations could have on T-cell immunity. "It remains entirely possible that they could indeed have an adverse effect on vaccine-induced immunity."

Observing the protection that vaccinated individuals have against the B.1.1.7 variant will be key going forward. But it isn't the only mutation that will need to be monitored; novel variants emerging from Brazil and South Africa are also under the close watch of surveillance teams.

"There will be lots of mutations coming up – the more the virus is allowed to circulate in the population, the more mutations it will accumulate. That’s why it’s important to lower the spread as much as possible especially now that we have a vaccine and the end of the pandemic is in sight," Ayfer Ali, associate professor at Warwick Business School, said.