Molly Campbell is a senior science writer at Technology Networks. She holds a first-class honors degree in neuroscience. In 2021 Molly was shortlisted for the Women in Journalism Georgina Henry Award.
Learn about our editorial policies
Credit: Jude Beck on Unsplash.
Read time:

Whilst it might sound somewhat ironic to treat a bacterial infection with yet more bacteria, microbiome therapy is an emerging area of medicine that is rapidly gaining momentum, particularly in gynecological health.

In a 2017 article titled Therapeutic Opportunities in the Vaginal Microbiome, Gregor Reid said: "Within 20 years, we should see significant improvements in how cervicovaginal health is restored and maintained, thus providing relief to the countless women who suffer from microbiota-associated disorders."1

What is the microbiome?

The microbiome is the community of microbes, including bacteria, fungi, viruses, bacteriophage and protozoa, that live together in a particular habitat. Different niches have their own unique microbiome, suited to the conditions. There is an increasing body of research indicating the importance of these microscopic populations on health and well-being of humans.
We're starting to gain a deeper understanding of which microbes dominate the vaginal environment, and how a shift in the population of microbes can contribute to a variety of gynecological pathologies. This knowledge has bolstered research in the pursuit of novel therapeutics that could be used to treat such pathologies and restore healthy microbiota, reduce the risk of infection recurrence and improve a woman's quality of life; this is the aim of microbiome therapy. 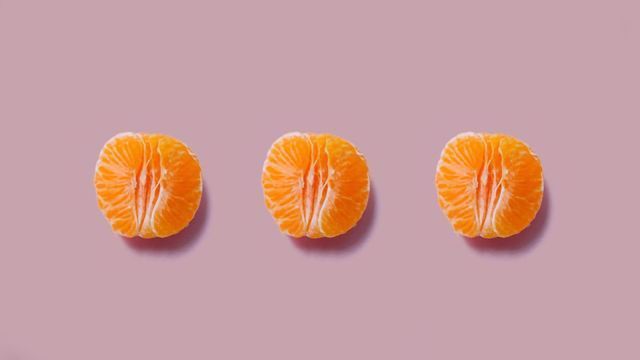 END_OF_DOCUMENT_TOKEN_TO_BE_REPLACED

Bacterial vaginosis (BV) is a common bacterial infection that affects almost 30% of women in the United States that are of reproductive age. Across the globe, these statistics remain high, as BV impacts approximately 15-50% of women. There are comorbidities associated with BV, such as HIV, fertility issues, preterm and low-birth weights.

In a new study published in the New England Journal of Medicine, researchers have conducted a Phase IIB trial of a "live biotherapeutic" known as Lactobacillus crispatus CTV-05 (LACTIN-V) to explore its efficacy in preventing recurrence of BV.2 The trial was a collaborative effort, including scientists from institutions such as UC San Francisco, UC San Diego, Rush University Medical Center in Chicago, and Washington University in St. Louis.

The standard of care approach for treating BV is often a prescription of the antibiotic metronidazole; however, up to 75% of women unfortunately experience recurrence of the infection within just three months.3

LACTIN-V comes in a powder form and contains a naturally occurring human vaginal strain of L. crispatus CTV-05. The biotherapeutic has been designed to "replenish" the vaginal lactobacilli in women with BV following the conventional treatment with metronidazole.4 Once inserted into the vagina, the healthy bacteria colonize and produce lactic acid, inhibiting the growth of the bacteria associated with BV.

The study, a randomized, placebo-controlled, double-blind trial had two objectives:

"A breakthrough for long-term prevention of BV"

The study results published in the New England Journal of Medicine show a significant reduction in the recurrence of BV and no safety risks in the experimental group that received LACTIN-V. Thirty percent of women who received LACTIN-V following antibiotic treatment had a recurrence within 12 weeks, compared to 45% of the women who received antibiotic treatment followed by a placebo.

"The initial indication for LACTIN-V is for the prevention of BV, which millions of women in the U.S. have each year," said first author of the paper and study lead Craig Cohen, MD, professor of obstetrics, gynecology and reproductive sciences at UCSF. "But this product also has the potential to be an effective intervention to prevent HIV infection and preterm birth."

LACTIN-V is a biotherapeutic, meaning it is classed as a biological drug. Biologics are required to follow a strict approval process, and therefore the U.S. Food and Drug Administration are likely to require a successful Phase III trial with a larger study cohort before authorization.

"This is an entirely new approach that strengthens the vaginal microbiome against infections," said Anke Hemmerling, MD, PhD, MPH, a researcher at UCSF and the senior author of the new study. "This could be a breakthrough for the long-term prevention of BV."