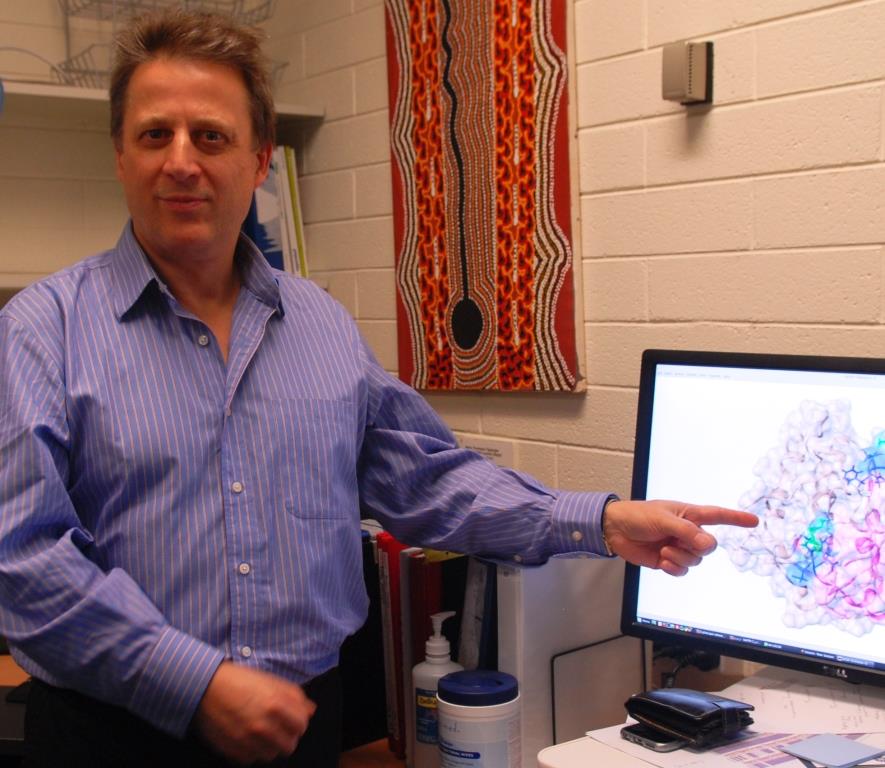 With more than 7.5 million new cases of Alzheimer’s disease a year, the race to find a vaccine and effective treatment for dementia is growing by the day.

Researchers in the US and Australia have make a breakthrough discovery in the international quest to discover a new and potentially effective vaccine targeting the pathological proteins associated with Alzheimer’s disease (AD), the most common cause of dementia in the elderly.

In research findings just released in Nature’s Scientific Reports journal, Flinders University experts as part of a high-level US research team at the Institute of Molecular Medicine (IMM) and University of California, Irvine (UCI) have made a successful vaccine formulation that targets the abnormal beta-amyloid and tau proteins that signal Alzheimer’s disease.

With more than 48 million dementia cases in 2015, Alzheimer’s is emerging as one of the biggest cost to the world’s health-care systems, especially in mature economies in western countries.

The World Health Organisation has projected the total global societal cost of dementia-related illnesses and care at more than $US600 billion a year.

Without a breakthrough treatment, the number of people living with dementia in Australia is expected to be almost 900,000 by 2050.

“If we are successful in pre-clinical trials, in three to five years we could be well on the way to one of the most important developments in recent medical history,” says Flinders University School of Medicine Professor Nikolai Petrovsky, who also is director of South Australian vaccine research company Vaxine Pty Ltd.

“Along with our rapidly ageing populations, we now know that the explosion in type 2 diabetes in the West is likely to further dramatically fuel the projected rise in the number of cases of dementia globally, with diabetes being the major risk factor for Alzheimer’s disease,” Professor Petrovsky says.

The quest to develop treatments or a much anticipated cure for Alzheimer’s disease is costly and lengthy.

In the 10 years to 2012, 244 compounds were investigated in 413 clinical trials around the world, with only one new drug being approved for temporarily alleviating symptoms of the disease. That’s a success rate of 0.4%.

The scale of the dementia problem has seen the US Congress commit a further $US350 million to the National Institutes of Health (NIH) for research into Alzheimer’s disease, taking research funding in the US to more than $US1.3 billion this year.

With NIH and Alzheimer’s Association funding, the US researchers say they have developed an “exceptional” universal vaccine platform, called MultiTEP, to target the hallmark proteins, aberrant forms of AB and tau proteins.

β-amyloid (AB) is a protein found to be prominent in driving Alzheimer’s disease, but the accumulation of pathological tau also correlates with the formation of dementia in Alzheimer’s patients.

Using a combination of anti-amyloid-beta and anti-tau vaccines with powerful and safe adjuvant technology called Advax™ developed by Vaxine Pty Ltd “shows promise for both preventive and therapeutic approaches in AD,” Professor David Cribbs from the UCI Institute for Memory Impairments and Neurological Disorders (UCI MIND) told Bloomberg news agency in the US.

Co-author of the latest paper, IMM Department of Molecular Immunology, Associate Professor Anahit Ghochikyan, says: “This study suggests that we can immunise patients at the early stages of AD, or even healthy people at risk for AD, using our anti-amyloid-beta vaccine, and, if the disease progresses, then vaccinate with another anti-tau vaccine to increase effectiveness.”

She says the cooperative studies with National Institute of Aging IMM scientists and collaborators from UCI and the University of Southern California are working with experts from four companies to conduct non-clinical safety-toxicology studies to fulfil US Government safety standards for the Investigational New Drug application.

After completion of these pre-clinical studies, they plan to test the immunogenicity and efficacy of the new vaccines in human trials.

Cutting-edge research company Vaxine Pty Ltd is internationally renowned for developing the world’s first swine flu vaccine during the 2009 pandemic and is active on other fronts including Ebola and Zika virus research.

Vaxine is funded by the US NIH to develop novel compounds called adjuvants that play a critical role in maximising vaccine effectiveness. The Vaxine Advax™ adjuvant technology is a key component in the development of IMM’s Alzheimer’s vaccine.

Characterization and Sequence Mapping of Large RNA and mRNA Therapeutics