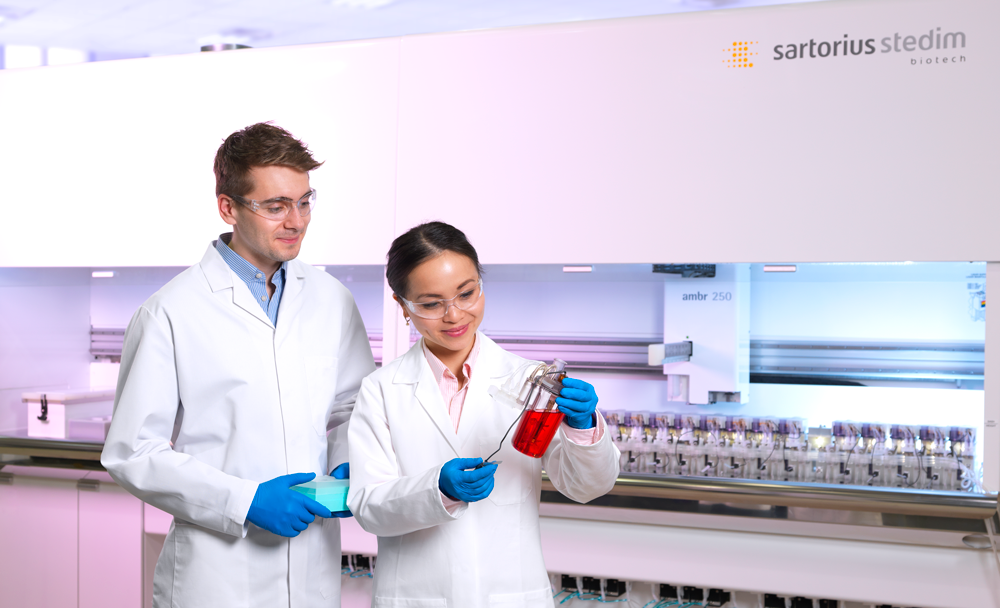 Emily Greenhagen, Director, Fermentation Engineering at Ginkgo Bioworks explained: “Ginkgo’s core technology releases the bottleneck at the point of engineering organisms. But with every bottleneck that is released, you identify another. Traditionally, fermentation process engineering has been one of those bottlenecks. We chose the ambr 250 to help avoid that.”

Greenhagen continued: “Between the liquid handling capability allowing for more frequent sampling and the quicker turnaround time between experiments, we have tripled the number of reactors each staff member can run, while also getting more information from each experiment. Having access to so much information has a huge impact on our process understanding. It removes a lot of the guess work, and has helped us shorten our process development timelines while enabling successful scale-up since we are able to more reliably identify potential failure modes. In short, the ambr 250 is a game changer for fermentation process development.”

Mwai Ngibuini, ambr 250 Product Manager, at SSB commented: “As a successful user of the ambr 250 systems, we are delighted that Ginkgo will be the host site for this year’s US ambr 250 User Group Meeting. This will take place on Wednesday, March 9-10 in Boston and we will be welcoming over 25 delegates from 10 major biotech firms. Here users will discuss the latest developments on the ambr 250 and share experiences and best practice across a wide range of applications and future advances.”

Characterization and Sequence Mapping of Large RNA and mRNA Therapeutics