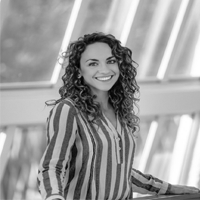 Diagnosing pathological cancer is often a challenge, even for the most skilled clinicians. Many forms of cancer do not exhibit noticeable symptoms until the infection has progressed too far to treat effectively.

Monoclonal antibodies are emerging as a tool for everything from cancer diagnosis to treatment and even delivering radiation or chemotherapy to targeted areas of the body. Recently, researchers have cloned a new anti-p16 antibody that may become a new valuable tool for pathological cancer diagnosis.

What are monoclonal antibodies?

To understand the new anti-p16 antibody, first we need to understand monoclonal antibodies and how they’re applied to cancer diagnosis and treatment.

In a healthy body, the immune system reacts to any intrusive agent — bacteria, virus, or malignant cancer cells — by attaching an antibody to the intruder. From there, the immune system can work to destroy the invading cells. With a cancer diagnosis, the body often can’t keep up with the swift production of malignant cells.

Monoclonal antibodies can handle a variety of tasks related to cancer diagnosis and treatment, including:

●     Detecting cancer cells and flagging them for the immune system.

This is by no means an exhaustive list. Researchers are discovering new applications for monoclonal antibodies — and new antibodies to work with — every year.

The p16 INK4a protein is one of many that all belong to the cyclin-dependent kinase inhibitor (CKI) family. Specifically, it acts as an inhibitor of the CDK4 and CKD6 proteins and plays a role in DNA repair, cellular senescence, and apoptosis. When functional, the p16 INK4a protein acts as a tumor suppressor. It can easily become carcinogenic if it mutates or contains any sort of genetic deficiency — such as homozygous deletions or nonsense mutations.

Diagnosticians will usually find p16 INK4a mutations in tumor-derived cell lines, but they have also been found in a variety of different cancers, including:

Currently, the E6H4 protein is the most common anti-p16 clone used for cancer diagnosis, but it is not the only protein applied to the task. Studies have also evaluated the following protein clones:

Clones 16P04 and JC8 performed better than the E6H4 protein across multiple criteria, exhibiting higher sensitivity, better specificity and a more accurate positive predictive value. The other clones did not perform as well but still have various applications within the diagnostic community.

A new anti-p16 antibody, which exists as a clone of BC42, has higher staining sensitivity and specificity than previously utilized proteins for the same diagnoses.

How can an anti-p16 antibody help?

The anti-p16 INK4a antibody clone BC42 has been extensively tested in various examples of gynecologic pathology compared to the more standard E6H4 clone that has previously been used to diagnose cancers of the female reproductive system.

In the case of things like vulvar intraepithelial neoplasia (VIN), the diagnosis can go one of two different ways depending on the gene expression — p53 or p16. Having an anti-p16 antibody that can differentiate between the two pathogenetic pathways can make diagnostics more straightforward. It can also determine the difference between low-grade squamous intraepithelial lesion (SIL) (VIN1) and high-grade SIL (VIN 2/3).

In the same study, looking at neoplastic lesions of the uterus, the anti-p16 antibody found p16 INK4a expression in 80% of the endometrial carcinomas stained, and the remaining cases displayed 100% positivity. Both the original E6H4 clone as well as the new BC42 anti-p16 antibody show high accuracy for this particular type of diagnostics.

Introducing anti-p16 antibodies provides diagnosticians with a new avenue to explore when previous techniques might overlook malignant cells. Pairing this data with artificial intelligence and machine learning systems can create a system capable of diagnosing cancer with a very small margin of error. Right now, Google’s researchers are working with an algorithm called the Lymph Node Assistant (LYNA) that can look at images of healthy and diseased lymph nodes and determine if cancer cells are present. In some cases, the algorithm was more accurate than professional radiologists.

The future of pathological cancer diagnosis

Ideally, a cure for cancer will replace the need for all of these advanced diagnostic tools. Still, as things stand right now, the anti-p16 INK4a antibody can make an enormous difference in the speed and accuracy of cancer diagnostics. With most cancers, early detection increases the chances of survival and remission, so these tools could save countless lives in the long run.

The anti-p16 antibody isn’t a replacement for existing diagnostic tools but rather one that will help augment and support existing methods to give oncologists the tools to help save lives.
Related Topics
Lab of the Future
Cell Culture
Artificial Intelligence and Machine Learning
Cancer Diagnostics
Infectious Diseases
The Immune System
Anticancer Therapies
Cancer Genetics
Meet the Author

Devin Partida
More from this author >
Advertisement
Chosen for You
Webinar