Andy Tay holds a PhD from the University of California, Los Angeles, where he focused on neuromodulation and engineering. He completed his postdoctoral training at Stanford University where he developed nanotechnologies for immuno-engineering.
Learn about our editorial policies
Article

Andy Tay holds a PhD from the University of California, Los Angeles, where he focused on neuromodulation and engineering. He completed his postdoctoral training at Stanford University where he developed nanotechnologies for immuno-engineering.
Learn about our editorial policies
Read time:

Complete the form below to unlock access to this Audio Article: "Exploiting Genetics To Improve Cancer Diagnosis and Treatment"

Cancer is a major public health problem. Since 2015, it has claimed more than 9 million lives each year. The advent of molecular biology and sequencing techniques has enabled better understanding of cancer genetics and facilitated improved design of drugs (such as inhibitors of signaling cascades), biologics (such as antibodies) and cells (such as chimeric antigen receptor T cells) for anticancer therapy. In this article, we will explore how advances in genetics and liquid biopsy can be exploited to enhance cancer diagnosis and treatment.

There is extensive work to develop anti-PD-1/PD-L1 antibodies for cancer immunotherapy.
“PD-(L)1 inhibitors represent the standard of care for patients with advanced NSCLC lacking actionable genomic drivers (e.g., EGFR mutation or ALK fusion), having shown to improve survival compared to standard chemotherapy. However, responses to PD-(L)1 inhibition occur in a minority of patients with advanced NSCLC and clinically available biomarkers of response are lacking,” said Biagio Ricciuti, a medical oncologist at the Dana-Farber Cancer Institute.

Motivated by this need, Ricciuti and colleagues analyzed tumors from patients with a diagnosis of NSCLC who had received PDL-1 treatment, for presence or absence of deleterious mutations across a panel of 53 DNA damage response (DDR) genes.

The team found that patients with mutated DDR genes had a significantly better response to PDL-1 therapy and longer median overall survival of 18.8 months compared to just 9.9 months for patients without mutated DDR genes. This study suggests that by better understanding cancer genetics, specific biomarkers, such as the presence of mutated DDR, can be used to predict immunotherapy response. This can also help in recruiting and stratifying patients to enhance the efficacy of immunotherapy.

“As ATM (which codes for a serine/threonine kinase) is one of the most commonly mutated DDR genes in lung cancer, we are currently focusing on tumors harboring this mutation, and we are trying to identify the clinicopathology and genomic correlates of ATM in NSCLC. As ATM loss confers increased sensitivity to specific DDR inhibitors and potentially to immunotherapy, a deeper understanding of the role of this mutation in NSCLC is needed to optimize clinical trials design and patient selection for novel therapies,” said Ricciuti.

To enable better treatment of lung cancer, it is still important to discover causal genes implicated in cancer metastasis and progression. Li et al. studied the role of WD repeat-containing protein (WDR74) and found that the WDR74 gene regulated critical biological functions including lung cancer cell proliferation, cell cycle progression and chemoresistance in vitro. Using a xenograft mouse model, it was further shown that WDR74 knockout inhibited lung cancer progression while an over-expression accelerated lung cancer progression by activating the Wnt/β-catenin signaling pathway that is known to promote cancer growth. This research shows that WDR74 may be a suitable therapeutic candidate for lung cancer treatment.

While there has been dramatic improvement in the survival of individuals with NSCLC, survival of SCLC patients has shown no improvement, attributing to limited advances in treatment. In particular, the evolution of chemo-sensitive to chemo-resistant SCLC is poorly understood due to a scarcity of post-relapse tissue samples. To overcome this, Stewart and colleagues generated circulating tumor cell-derived xenografts (CDX) from patients and made use of single-cell sequencing to identify mechanisms conferring chemo-resistance.

In this study, the authors discovered that CDXs are predominantly neuroendocrine and the cells express ASCL1 but not POU2F3 and YAP1. Additionally, the CDXs also have high expressions of epithelial genes such as CDH1 and EPCAM which is expected from a primarily epithelial malignancy like SCLC. There is, nonetheless, great intra-tumoral heterogeneity in MYC expressions which are implicated in tumor propagation and drug resistance. Interestingly, the authors also discovered that there is heterogenous expression of DLL3, an inhibitory NOTCH ligand which may explain the low response to, and resistance against, therapeutics targeting DLL3 proteins. By employing single-cell sequencing, the transcriptional fluidity of cancer cells can be monitored longitudinally and provide clues to novel genetic causes of cancer to develop better treatments. 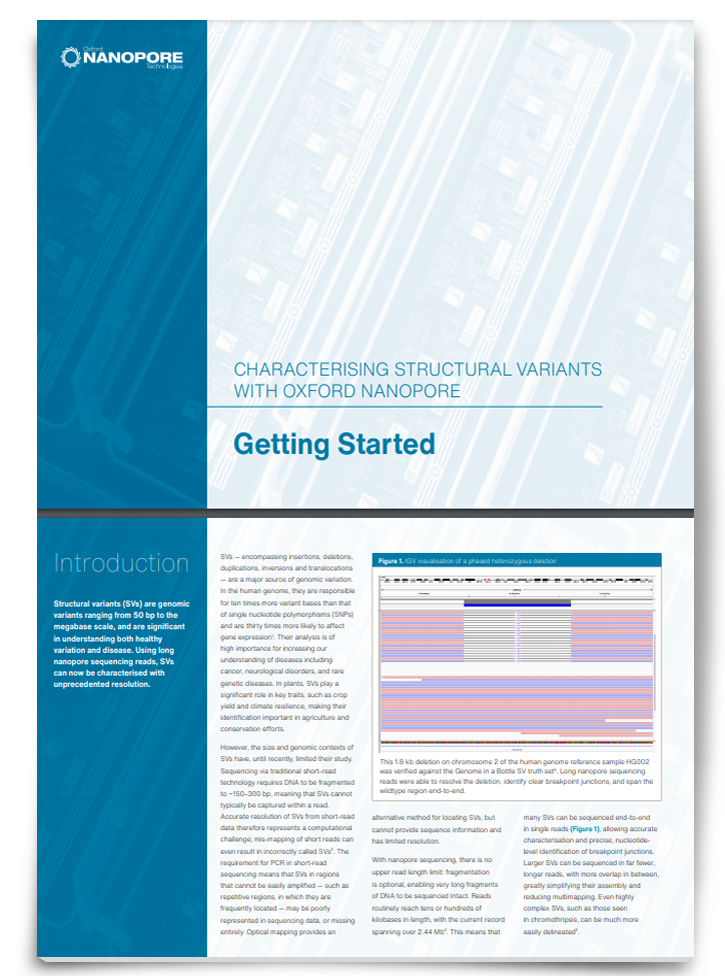 Breast cancer has one of the highest incidence rates and it is estimated that one in every eight women is expected to develop invasive breast cancer in their lifetime. Although breast cancer mortality has reduced over time, the number of cases is increasing, suggesting a need to develop better approaches for early diagnosis.

One approach for breast cancer diagnosis is to better understand the genetic factors underlying various types of breast cancer and develop multi-gene panel for screening. Carriers of pathogenic variants of BRCA1 and BRCA2 are known to be predisposed to breast cancer and the prevalence of these genes is estimated to be around 7–10% of female breast cancer patients who have family history of breast and ovarian cancer, received breast cancer diagnosis at a young age or estrogen receptor (ER) negative (−) tumors. To understand the genetic risk estimates of breast cancer in the general population, Hu and colleagues also recently made use of sequencing data from the Cancer Risk Estimates Related to Susceptibility consortium to identify germline pathogenic variants in 28 cancer-predisposition genes.

This above study was supported by a recent publication from the Breast Cancer Association Consortium (BCAC) which tested a panel of 34 putative susceptibility genes to breast cancer based on sequencing data from > 60000 women with breast cancer and > 53000 controls.

Through the support of multiple international consortiums, Fachal et al. analyzed data from > 217,000 subjects from the BCAC and the Consortium of Investigators of Modifiers of BRCA1/2 and developed likely causal variants of breast cancer.

Integrating their analysis pipeline with in silico prediction of GWAS targets (INQUIST), they identified 13 cancer driver genes (some of which are new) including GATA3 and MAP3K1. When the genes were being classified into their respective gene ontology, most of them are pathways implicated in development process, immune system, and DNA integrity check-points. Novel pathways involved in tumor necrosis factor-related apoptosis-inducing ligand (TRAIL) signaling and AP-2 transcription factors were also found.

Importantly, this study also demonstrated differences in genetic causes of ER+ and ER− breast cancer. Specifically, it discovered 35 new target genetic causal variants for ER− tumor tissues such as CASP8 and MDM4 which had functional cancer-causing roles although the majority of these genes which was had no reported function yet. Nineteen percent of the ER− target predictions also occurred in immune system pathways such as T-cell activation and interleukin signaling. This is potentially a new way to improve breast cancer prognosis and treatment because although the link between immunity, inflammation and tumorigenesis has been studied, there are limited published studies focusing on genetic causes of breast cancer susceptibility.

Cancer liquid biopsy refers to the sampling of biological fluids such as blood for cancer biomarkers including circulating tumor cells (CTCs), cell-free DNA (cfDNA), and exosomes for applications in diagnosis, staging and prognosis. Among these biomarkers, cfDNA that is released or associated with tumor cells can be analyzed with molecular tools to detect tumor heterogeneity and resistance mutations in prevalent cancer types involving the lung and breast. For instance, the sequences of cfDNA and patients’ response to therapies can be compared to understand interpatient heterogeneity. Intratumoral heterogeneity can also be elucidated by analyzing cfDNA sequences before and after treatment, and evaluated against a patient’s response to identify potential resistance mutations.

“Early cancer detection is essential for an improved prognosis of cancer. Compared with conventional invasive screens and complicated assays, the combination of liquid biopsy and microfluidic technology provides the possibility of real-time monitoring of metastasis in a non-invasive and inexpensive way,” said  Bee Luan Khoo, an assistant professor at the City University of Hong Kong, who has developed integrated microsystems such as biosensors for cancer modeling and drug screening.

Khoo has also developed microfluidic device to isolate CTCs for short term culture to study patient-specific drug response. Together with her team, they micro-fabricated tapered microwells that trap and allow formation of CTC clusters for in situ drug screening. Using the novel system, the team discovered that CTC cluster formation potential correlated inversely with increased drug concentration and therapeutic treatment. The researchers also proposed that their system can be used to monitor drug inhibitory concentration of patient-specific CTC cluster to optimize drug treatment and genetic analyses such as EGFR mutation in CTCs.

“The CTC cluster assay is a patient-derived microdevice-based tumor model for cancer management that can quickly evaluate the prognosis of patients, reducing the risk of cancer relapse after treatment and will be useful to advance and revolutionize personalized medicine through inexpensive and non-invasive cancer screening methods,” said Khoo.

While this article is primarily focused on the use of liquid biopsy and molecular tools for lung and breast cancer, it is important to mention that progress is also being made in other types of cancer such as pancreatic cancer which has the worst 5-year survival rate of ~ 10%. For instance, Chan-Seng-Yue et al. discovered how molecular subtypes of pancreatic cancer are linked to specific copy number aberrations in mutant KRAS and GATA6 genes. Recently, Chen and colleagues also found that roundabout homolog 1 (ROBO1) inhibits pancreatic cancer proliferation and progression.

Andy Tay, PhD
More from this author >
Advertisement
Chosen for You
Industry Insight