The immune system and cancer have a long and complicated history, but it began with the theory that components of the immune system could play a role in fighting diseased cells. This notion was suggested by Nobel prize-winning German physician and scientist, Paul Ehrlich more than one hundred years ago: “In the enormously complicated course of fetal and post-fetal development, aberrant cells become unusually common. Fortunately, in the majority of people, they remain completely latent thanks to the organism's positive mechanisms.”

These “positive mechanisms” Ehrlich is referring to are components of the immune system. Approximately fifty years after the relationship between the immune system and aberrant cells was conceived by Ehrlich, F. Macfarlane Burnet and Lewis Thomas proposed that immune cells were able to survey host tissues and seek out foreign pathogens and cancer cells, which they termed the “immunosurveillance hypothesis”.

While their hypothesis was correct – the immune system can look for and recognize cancerous cells – it can also fail to do so. It turns out that, while important, immunosurveillance plays a small part in the complex dynamic between the immune system and cancer. The immune system has also been shown to facilitate cellular transformation, encourage the development of tumors and can shape their immunogenicity, helping them to evade detection. This realization drove the scientific community to revise the hypothesis and refine it, taking into consideration the variety of known immune system–cancer interactions, giving rise to the term cancer immunoediting.

Immunoediting can be broken down into three distinct phases:

Armed with the newfound knowledge that the immune system plays a dual host-protective and tumor-promoting role, attempts to control cancer via immunological means have been pursued by scientists across the globe. Thus, many immunotherapeutic strategies – also commonly referred to as “immunotherapies” – have now been established to treat cancer.

In this article, we consider some of the work being done to enhance the T-cell response to tumors, discuss the promise of oncolytic virotherapy and highlight the potential benefits of combined therapy.

Enhancing the T-cell response to tumors

For T cells of the adaptive immune system to be able to kill cancer cells, they must have the capacity to learn to recognize specific protein targets, called neoantigens, which are unique to the diseased cells. “It is clear that T cells play a critical role in controlling cancer progression and our ability to activate them therapeutically can be curative in some cancer patients,” notes Dr. Megan Burger, a postdoctoral research fellow at Massachusetts Institute of Technology (MIT). Her work focuses on understanding the fundamental determinants of a productive T-cell response against cancer to inform the design of better cancer immunotherapies and improve tumor control by the immune system.

However, T cells are confronted with many barriers as they attempt to seek out and kill cancer cells. Burger elaborates, “They must overcome suppression by other immune cell types in the tumor microenvironment, physical stromal barriers and defensive programs activated within the tumor.” This can lead to T-cell exhaustion, limiting the effectiveness of the immune response and providing the cancer the opportunity to progress. 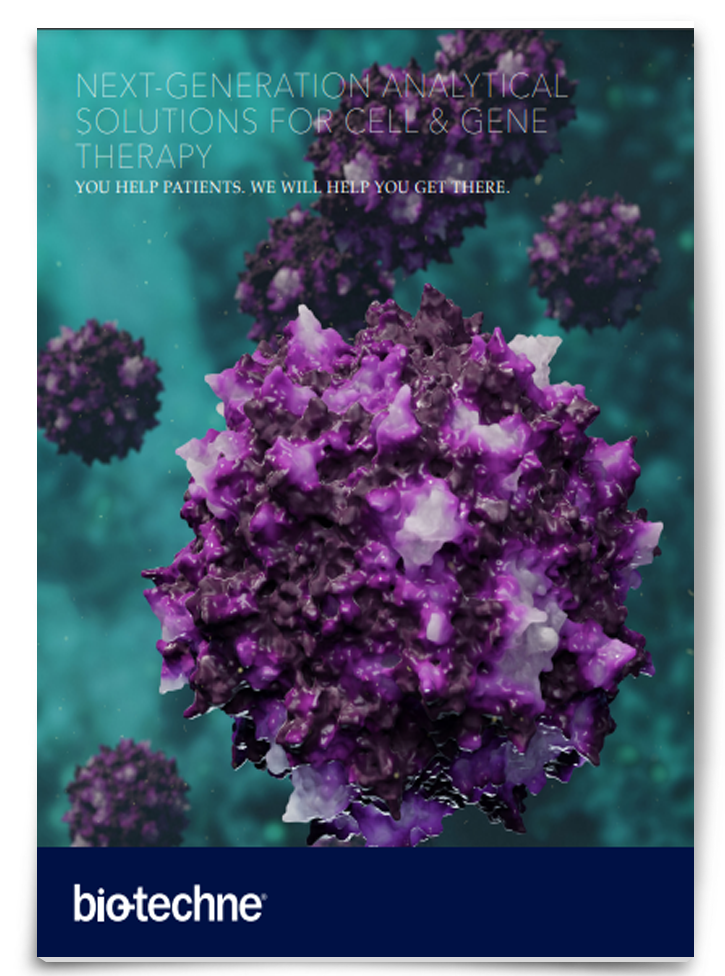 In a recent study published in Cell, Burger and colleagues set out to investigate the phenomenon of T-cell exhaustion. “Our study found that T cells responding to different antigens in cancer cells compete, and this limits the overall breadth and function of the T-cell response. Most of the T cells respond to only one, dominant antigen and T-cell responses against other antigens are suppressed,” notes Burger.

Despite becoming exhausted, the team noted that the dominant T cell subset remained within the tumor microenvironment and could suppress other T cells, preventing them from attacking additional neoantigens. However, by vaccinating the mice with a neoantigen targeted by one of the suppressed T cell subsets, it was possible to reinvigorate the immune response. “Excitingly, we found that therapeutic vaccination against neoantigens can decrease competition between T cells and allow them to synergistically target the tumor,” says Burger. These “awakened” cells could then mount a stronger response against the tumors and tumor size was reduced by > 25 percent, on average.

In future work, the researchers plan to explore a combined approach, pairing this vaccination strategy with other immunotherapeutic strategies: “Our findings indicate that vaccination enriches for a type of T cell that is particularly responsive to checkpoint inhibitor therapies. This suggests that these two therapies might be synergistic, and we hope to work out exactly how best to combine these therapies using our preclinical mouse models.”

The team recently developed a CRISPR/Cas9 system to investigate mechanisms of tumor evasion in a genetically engineered mouse model (GEMM) of lung cancer. “Our platform bypasses the need for crossing mice to investigate genetic mechanisms in this model and will allow for more rapid investigation of novel factors that may influence T-cell killing of tumors in a highly physiological setting,” explains Burger. She notes that the model could help to identify additional therapeutic targets for inclusion in combination therapies with checkpoint inhibitors or vaccination.

“Combination therapy approaches hold incredible promise, but should be informed by a deep understanding of how the different biological pathways being targeted interact,” says Burger. 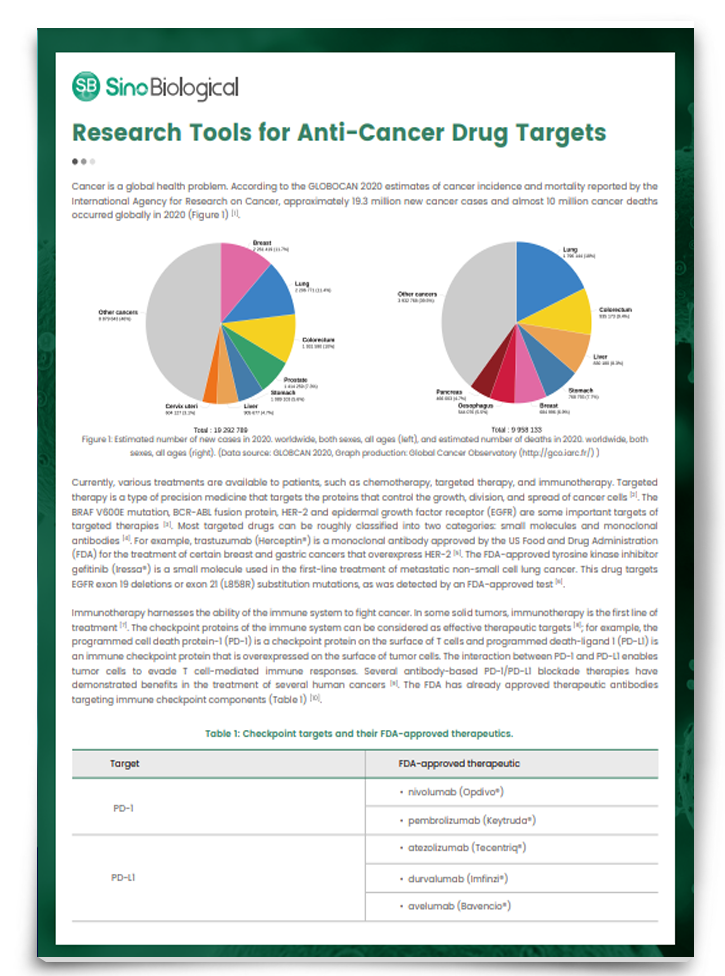 With 19.3 million new cancer cases recorded in 2020, according to the International Agency for Research on Cancer, it is imperative we continue our research to harness the ability to fight cancer. Download this whitepaper to learn more about recombinant drug target proteins, immunotherapy and cytokines.

Oncolytic viruses are those that can selectively target and destroy cancer cells while sparing healthy cells and are able to induce systematic anti-tumor immune responses. As such, they have garnered increasing interest from the scientific community and oncolytic virotherapy is now considered one of the newest cancer treatment modalities.

McFadden is particularly interested in a poxvirus called Myxoma virus (MYXV), it’s anti-immune molecules and how they interact with the immune system. MYXV is known for being used as a biological control agent, used in the 1950s to reduce the number of feral European rabbits in Australia.

“The reason MYXV is rabbit-specific isn't because it can't infect human or mouse cells, it can, but it can't compete in them, because its portfolio of anti-immune molecules are specific to rabbits,” notes McFadden.

When the virus infects human or mouse cells, it is defeated by the innate immune pathways of those cells. This is why it's harmless to mice and humans, but an extreme pathogen for rabbits. However, McFadden notes that “if you take that same virus and put it into a human or mouse cell in which those pathways are genetically compromised, it starts to treat those cells like rabbit cells and it turns out that most cancer cells fit that category.”

In becoming cancerous, the cells lose the pathways required for them to defend themselves from viral infection. “My particular interest in MYXV is its use as a viral therapeutic to treat cancer, in part because we know it's an exceedingly safe virus in humans and in mice, but in a tumor bed, it treats those cells, pathogenically,” says McFadden.

“I'm fairly agnostic in the sense that I'm interested in both solid cancers and heme cancers. And what we've seen so far is that MYXV doesn't really care about the specific type of cancer. It’s fairly agnostic – it’s not picky about the kind of cancer cell it infects – which is very helpful.”

Hitchhiking a ride to the tumor bed

There are two different ways to administer oncolytic virotherapy. The first is to inject it with a needle directly into the tumor, which is called intratumoral injection. “This approach works for every oncolytic virus, including MYXV. Some viruses are restricted to that route because of their biology, the only way to deliver them is to inject them directly into a tumor,” notes McFadden.

But the downside to this approach is that “for about 80% of cancers, you can't find them, you don't know where they are, they're not amenable to a needle. Therefore, intratumoral delivery doesn't work for most human cancers.”

In most cases, you, therefore, require a systemic route of delivery and according to McFadden, there's only a small number of viruses that are amenable to this administration route. But it just so happens that MYXV is one of those viruses. “In rabbits, the virus hops aboard migratory leukocytes and spreads throughout the animal’s body. Basically, hitchhiking a ride ‒ the virus biologically knows how to do that,” says McFadden.

While that same approach could be used to deliver the virotherapy to humans, there are now more sophisticated ways of doing the same thing. Instead of taking the naked virus and injecting it into the circulation, migratory leukocytes that are known to be capable of migrating into tumor beds can be removed from the patient, infected with the oncovirus outside of the body, and reinfused. “This maximizes the efficiency with which the virus can get into a tumor bed, the process is called carrier cell therapy, and several viruses are amenable to that, including MYXV,” explains McFadden.

“More than ten years ago, everyone in the field thought the purpose of virotherapy was to infect and kill all cancer cells, and to ‘be cured’, the virus must kill every last diseased cell. However, when clinical trials were initiated and different oncolytic viruses were tested, we discovered that this wasn’t the case,” says McFadden.

Some participants had positive long-term cancer regression as a result of virotherapy – these are known as elite responders. McFadden elaborates on what was actually happening in these individuals: “The virus didn't infect every last cancer cell and clear the tumor. What happened instead, is that the virus infiltrated the tumor bed, the immune system recognized the virus and got rid of it within a week or two. And we now know, this is what we want in virotherapy. We want the immune system to recognize the virus and get rid of it.”

The field is now looking more closely at combining therapeutics, for example administering immunotherapy and virotherapy in different combinations and orders. Using the strengths of each to help each other.

“We know that immunotherapies work well with oncolytic viruses, but there are many other drugs out there. The challenge is finding the best combination for each type of cancer,” McFadden notes.

“I think the next decade is going to be incredibly exciting. An oncolytic virotherapy has already been approved for malignant glioma in Japan, and another approved in the European Union and in the US, for metastatic melanoma. So, I think the future is very bright. I can't wait to see, what the next set of clinical trials brings,” concludes McFadden.

Complete the form below to unlock access to this Audio Article: "Harnessing the Immune System To Treat Cancer"