On May 5, the researchers conducting the UK Collaborative Trial of Ovarian Cancer Screening (UKCTOCS) reported in the Journal of Clinical Oncology the preliminary results of a new study, which showed that measuring changes in the level of the CA-125 protein in the blood over time is an accurate and sensitive screening tool for early detection of ovarian cancer. In many women diagnosed with ovarian cancer, the disease has already spread beyond the ovaries, and 60% die within five years of diagnosis. This has led to efforts to try to detect the disease at an earlier stage, before it has spread.

This new study originated from the UKTOCS, which is the largest ovarian cancer screening trial in the world. It tracked the levels of CA-125 in over a 14-year period in 46,237 postmenopausal women age 50 years and over. Of the women who developed invasive epithelial ovarian cancer, 86% were correctly identified as having the disease, based on increased levels of CA-125 in their blood. The final data analysis is expected in late 2015, and the researchers are hoping that changes in the level of CA125 in the blood over time can be used to detect cancer at an early stage, when treatment is most successful. This screening test, if successful, will represent a radical departure from the approach established by other screening tests for other cancers, such as colorectal cancer and prostate cancer.

Measurement of CA-125 is already routinely carried out in patients diagnosed with ovarian cancer, since elevated levels of this protein are strongly associated with most ovarian cancers.  However, CA-125 levels can also be elevated because of fibroids, endometriosis, pelvic inflammatory disease (PID), and pregnancy. Previous studies have focused on CA-125 using a threshold approach, and established a “normal” CA-125 cutoff level of 35 units per milliliter of blood by screening a young general population. However, around 50% of stage I ovarian cancer patients display levels of CA-125 similar to or even below this normal value. Furthermore, patients who are cancer-free, such as those with the conditions described above, may display levels above this normal value. For this reason, the UK group studied the relative changes in the CA-125 level in each patient using a risk of ovarian cancer algorithm (ROCA), which used a statistical calculation to interpret these changes, and more than doubled the ovarian cancer detection rate compared with using the CA-125 cutoff level, which identified only 41.3% of these cancers (p=0027).

CA-125 testing is currently carried out using immunochemistry tests, such as the enzyme-linked immunosorbent assay (ELISA), which measures the level of the protein through its binding with an antibody. Various commercially available test kits and laboratory tests use externally-sourced monoclonal or polyclonal antibodies. These tests vary in their sensitivity and specificity, and it is not clear which, if any, would be suitable for a screening program of sufficient robustness. In a regulated market, such as in the US, a new screening test would be expected to come under intense scrutiny from regulators. In particular, there would be much questioning of claims concerning its specificity and sensitivity. On the other hand, a CA-125 screening assay would have no competition, since screening is currently not recommended for women who are at low risk for ovarian cancer.

An approved CA-125 screening test for ovarian cancer would be expected to be rapidly taken up by physicians. This is apparent from a 2012 study published in the Annals of Internal Medicine by a group from the University of Washington, who found that a third of US physicians admitted to ordering ovarian cancer screening tests for low-risk women, despite the absence of clinical guidelines recommending any screening.

Although GlobalData expects that the incidence of ovarian cancer in the major economies will fall, the number of incident cases will rise as the population ages. In particular, women over age 65 years are thought to be at particular risk, as illustrated in Figure 1, which shows that the increasing incidence of ovarian cancer in US, 5EU, and Japan is related to the aging population in these countries. 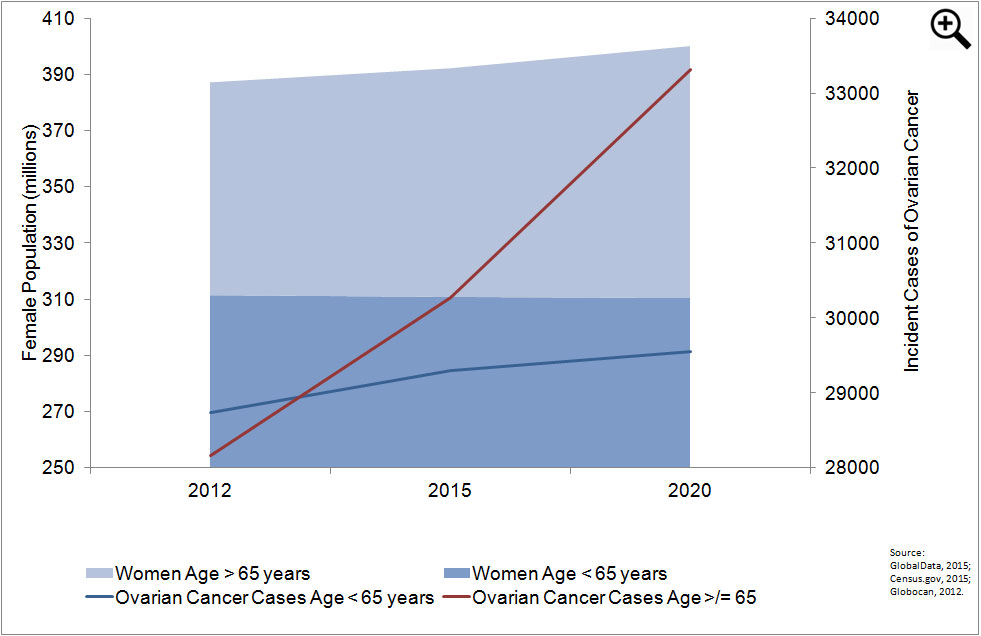 Figure 1: Incidence of Ovarian Cancer in US, 5EU, and Japan

GlobalData forecasts that an aging population in the developed world (the US, Europe, and Japan) will drive up the number of women eligible for an ovarian cancer screening test (women age 50–74 years) from nearly 118 million in 2015 to 124 million in 2020, creating a market opportunity of over $2 billion, assuming a modest 30% uptake of the $55 test among eligible women. The benefit of the screening test would be the greatest among women over age 65 years, since they are at the greatest risk for developing ovarian cancer. Increased identification of early-stage disease will inevitably lead to increased surgery, such as removal of the ovaries and fallopian tubes. Depending on the sensitivity of the screening test, it may have an impact on the chemotherapies used in advanced-stage ovarian cancers, such as Avastin (bevacizumab). However, by detecting more cancers at an early stage, the demand for bevacizumab may fall.

This UK trial is also considering annual screening by ultrasound as an alternative screening methodology. Ultrasound is already used routinely within obstetrics and gynecology to obtain information on a range of women's health issues, including in the management of ovarian cysts, detecting the presence of lesions, assessing pregnancy at different stages of fetal development, and detecting the presence of congenital abnormalities. In many countries where government insurance systems are in place, pregnant women are entitled to ultrasound exams. For example, in Germany, three ultrasound scans at different stages of pregnancy are routinely performed. Unfortunately, to date, ultrasound cannot easily differentiate between malignant solid growths and benign cysts, which is supported by the early data from the UKCTOCS trial.

Even if the news regarding the final outcome of the UKCTOCS is good, indicating that CA-125 can be used as a personalized screening test for ovarian cancer, that is not the end of the story. The process of obtaining approval to introduce such a test will likely face several years of scrutiny by UK healthcare regulatory authorities, who will also consider its economic impact. Implementing the test nationally would require uniformity of testing, which might affect test kit purchasing decisions and capital equipment expenditures. An increased emphasis on quality control to a level that might not be achievable with the current commercially available CA-125 test kits might also have an impact on budgets and costs. If the UK were to introduce, at a national level, a single CA-125 screening test for ovarian cancer, this would create a tremendous opportunity for a supplier of such a test, in the same manner that the UK’s bowel cancer screening program created the opportunity for Immunostics to be the preferred supplier of fecal occult blood tests to the National Health Service (NHS).

However, if CA-125 screening fails to make the grade, there are potentially other tests in the pipeline under consideration. For example, MDNA Life Sciences is developing an assay based on the analysis of mitochondrial DNA, which could be used for the early detection of ovarian as well as other cancers. In addition, Cleveland Diagnostics is taking a relatively low-tech approach with its pipeline ovarian cancer test, using conventional ELISA to detect changes in blood proteins that are associated with the early stages of ovarian cancer.