The Evolving Field of Cancer Biomarkers

The Evolving Field of Cancer Biomarkers

For more than a decade, cancer biomarkers have been heralded for their promise in risk prediction, diagnosis, prognosis and treatment response.1

Historically, cancer biomarker discovery has focused on mutations in genes (think germline BRCA mutations or IDH in glioma) or the presence of overexpressed proteins that determine whether targeted drugs will work (e.g. EGFR inhibition using gefitinib).

Much research has also focused on finding molecules in the blood that can signal the presence of cancers. The cancer antigen (CA)125 and prostate specific antigen (PSA) are examples that are used alongside other tests to diagnose ovarian and prostate cancers, respectively. More recently, the concept of detecting circulating tumor DNA through “a liquid biopsy” has moved closer to clinical reality.2

Given the complexity of cancer, it’s arguably unlikely that single molecules will work as clinically meaningful biomarkers for cancer. Today, biomarker discovery involves detecting patterns – characteristics or phenotypes that can be measured and monitored throughout a patient’s journey. Here, we look at two approaches being explored in this evolving field.

Daniel De Carvalho, PhD, at Princess Margaret Cancer Centre in Toronto, Canada, has combined liquid biopsy, epigenetic alterations and machine learning to develop a blood test to detect and classify cancer at its earliest stages3 when treatments can be more effective.

“DNA methylation is the most well-known epigenetic marker, we know it can be passed from one cell to the next during division, and it’s very stable,” explains De Carvalho. “What we are trying to do is look for the DNA methylation profile instead of a mutation profile associated with different tumor types. The challenge is, you have a few mutations per cancer cell, but you have millions of DNA methylation sites – so there’s a lot to look for.”

The researchers tackled this by using a sensitive immunoprecipitation approach to capture all the DNA carrying methyl groups (the methylome) within the circulating cell-free DNA. This allowed them to enrich the circulating DNA sample for the genes of interest, reducing the time and cost of sequencing. They then used the methylation profile from different tumor types to train a machine learning algorithm, to create classifiers that could be used to detect an early stage cancer from a blood sample.

“This basically turns a “one needle in the haystack” problem into a more solvable “thousands of needles in the haystack”, where the computer just needs to find a few needles to define which haystack has needles,” explains De Carvalho.

They have already shown that the classifiers work in a sample of ~380 patients and are now collecting blood samples from a few thousand people with different tumors and matched controls to validate them further, before testing the blood test as an early detection tool. “Initially we would focus on people at high risk, who might have germline mutations such as BRCA,” says De Carvalho. “If the technique proves to be accurate and sensitive enough we can start to look at using the approach in the broader population. We still need to do more independent validation before we are able to use this approach as a cancer early detection test” 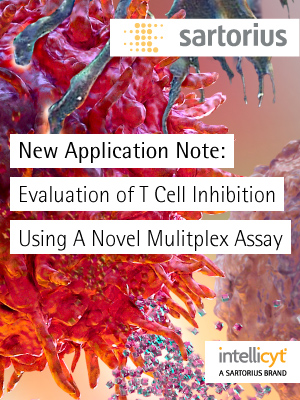 In Australia, Jeremy Nicholson, PhD, is taking a different approach. As Director of the new Australian National Phenome Center (ANPC), his goal is to optimize patient journeys by using metabolic phenotypes as biomarkers of treatment response. He argues that the cancer biomarkers field has now moved beyond classifications of disease and that we need better markers and models that predict risk and outcomes instead.

“There is considerable potential for developing cancer stratification biomarkers for many tumor types – but the key unmet medical need is to understand tumor heterogeneity and response to therapy,” he explains. “Technologies like iKnife for real-time surgical diagnostics4 and desorption electrospray ionization-mass spectrometry (DESI-MS) imaging5 methods for studying tumor heterogeneity will be very important tools in the real clinical world.”

Another application of metabolic phenotyping he believes has untapped clinical potential is the use of pharmacometabonomics to predict anticancer drug efficacy and toxicity. Previously, pharmacogenetics has been used to predict how people respond differently to treatments. But this is only part of the story. Variation in drug effects is influenced not only by genetics but also by nutritional status, gut microbiota, age, disease and whether a patient is taking other drugs alongside their cancer treatment. Nicholson (and others) have already successfully applied this approach to model patient response to chemotherapy.6

“Another emerging area is in understanding the role of the microbiome in carcinogenesis, especially in gastrointestinal and liver tumors,” says Nicholson. “Here we would expect the metabolic phenotype to be very important and a powerful predictor of prognosis and treatment response.” At the ANPC, they are studying humans in the “total environment” – focusing on the gene, lifestyle and diet interactions that create disease risks and the metabolic phenotypes that go with them.

“The advances will come in the personalization of the diagnostic and real-time monitoring for individual patients rather than the development of some generic clinical metabolic tests,” he says. “It requires a different way of thinking about metabolic phenotyping.”

From single markers to sophisticated patterns

For many years, research into biomarkers has focused on finding genetic signatures or over-abundant presence of molecules on tumors from samples. In some cases this has proven successful – such as the discovery of isocitrate dehydrogenase (IDH) mutations in gliomas that serve as biomarkers for IDH-targeting drugs. But these examples are rare, and the complex phenotype of cancer suggests that more complex models and markers will be needed to truly have clinical impact in cancer care.

Joanna Owens, PhD, is a Freelance Writer and Editor, based in the UK

Joanna Owens, PhD
More from this author >
Advertisement
Chosen for you
Industry Insight