Couldn’t attend AACR this year? Maybe you were exhibiting and never made it out from behind your booth? Whatever the reason, read our summary of key themes and highlights from this year’s incredible event in Washington DC, the biggest AACR yet with over 21,900 attendees.

There has been a revolution in cancer medicine over the last 10 years, with many new targeted therapies developed and released and improved survival rates for many patients, particularly in later stages of the disease.

The opening plenary session at AACR, delivered by Professor Bert Vogelstein, Johns Hopkins Kimmel Comp. Cancer Center, USA, was a rallying call for greater focus on earlier cancer detection and prevention research to bring about ‘the 2nd revolution in cancer research’, “Only if the same level of creativity, effort and investment and funding goes into primary and secondary prevention research as now goes into treating advanced cancers, will the full potential of the revolution be realized” Professor Vogelstein at AACR.

Epidemiological studies now hold many of the answers. Advances in technology mean that scientists such as Professor Ulrike Peters from the Fred Hutchinson Cancer Research Center are able for the first time to apply statistical genetics and molecular pathology techniques to epidemiological studies on a large scale. Professor Peters leads the international consortium, GECCO, studying lifestyle and environmental risk factors for colorectal cancer.

“Many techniques such as genome-wide mutation detection and gene expression analysis that were only possible for fresh frozen tissue analysis are now applicable to FFPE tissue. This allows us to apply molecular pathology to large cohort and case-control studies. We can now start to identify genetic and environmental factors linked to certain tumour characteristics that will help define which individuals are at greater risk of colorectal cancer. It will also help us investigate preventative triggers in the patient microbiome and immune response.” Professor Peters. 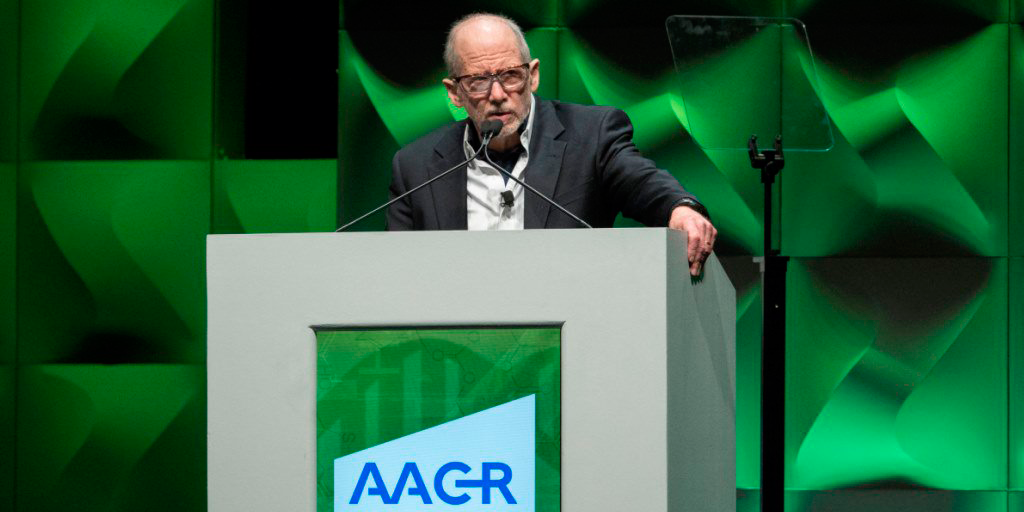 Liquid biopsies were also a hot topic at the conference, with an update on the application of liquid biopsies for cancer diagnosis, treatment monitoring and as a predictor for relapse post-surgery.

The key message from main liquid biopsy session at AACR, led by Dr Geoff Oxnard, Dana-Farber Cancer Institute, was that liquid biopsies are changing the paradigm of cancer testing. Before, tissue biopsy would always be undertaken when testing was needed. Increasingly, the recommendation is for liquid biopsy testing first and tissue testing only if the result is negative.

One of the challenges of liquid biopsy testing is translating research into validated commercial diagnostic tests for routine use in the clinic. Biodesix is one of the small number of companies that has achieved this, providing access to testing for NSCLC across most of the US, and particularly in the community (non-hospital affiliated) setting where there still exists considerable unmet medical need.

Biodesix presented two posters showcasing a liquid biopsy test to detect the most common somatic variant mutations associated with NSCLC (EGFR, KRAS and BRAF) in plasma. Samples from over 4000 patient cases were analysed, 70% of which came from community physician practices. Liquid biopsy is highly applicable for NSCLC testing as almost one-third of patients are either not candidates for biopsies, or have insufficient tissue samples from their initial biopsy. The team also presented early results from a single-reaction, multiplexed assay for the detection of rare variant, RNA fusions from NSCLC patient plasma within 72 hours. “Rapid turn-around of the key actionable mutations has been positively impactful to our physicians and their patients. This has resulted in faster time to treatment decision-making.” Gary Pestano, PhD, Vice President of Product Development and Operations at Biodesix. Both Biodesix and Dr Oxnard's research team are using droplet digital™ PCR for their liquid biopsy tests. 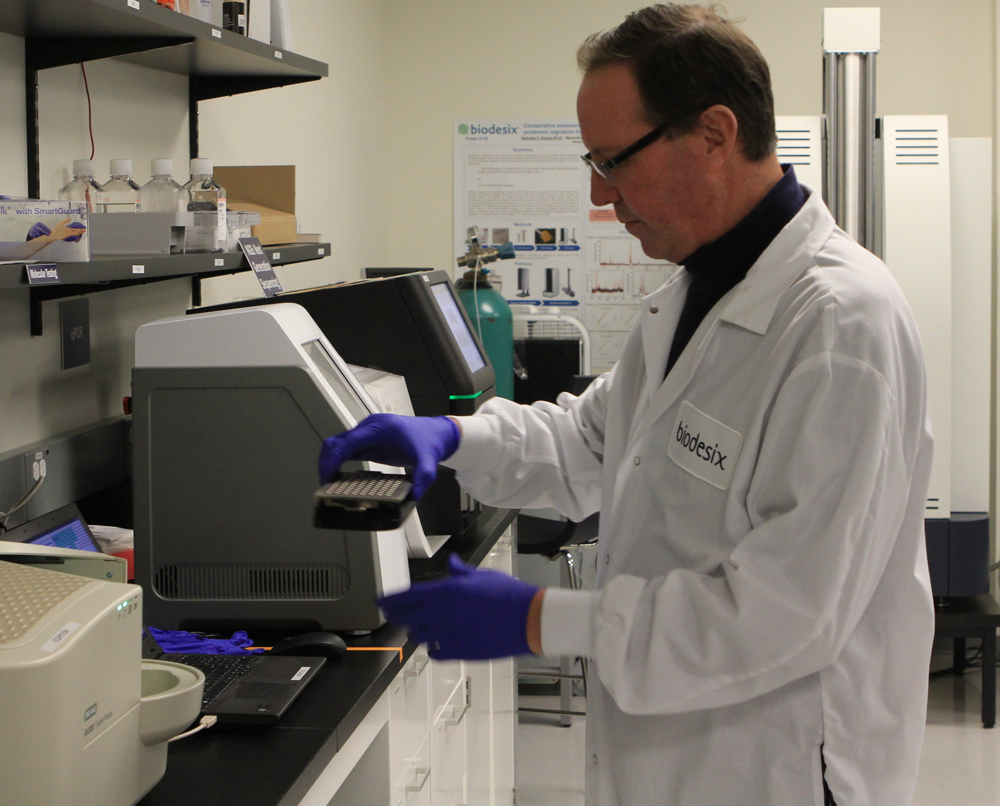 "Liquid biopsy testing for targeted mutations in plasma at Biodesix delivers faster time to results and can reduce time to making treatment decisions for physicians practicing in the community setting.” Credit: Biodesix.
Immuno-oncology

Immunotherapy dominated this year’s AACR at every level, from reports of effectiveness in clinical trials, top new targets and monitoring of resistance, to some of the first reporting on long-term survival rates.

Immunotherapy is extremely successfully in those patients that respond, often with less adverse events than existing treatments. Patient response, typically below 50%, continues to be a major focus for immunotherapy research, as is extending immunotherapy to more cancer types.

Variable response in clinical trials has brought the realization that the patient’s immune system may influence the effectiveness of cancer treatment. Dr Robert Ferris, chief of the Division of Head and Neck Surgery at UPMC CancerCenter in Pittsburgh, USA, co-chaired a recent Phase III clinical trial which showed that Nivolumab significantly increased survival with fewer side effects in patients with recurrent head and neck cancer. However, treatment was only effective in about 20% of patients treated. At AACR, Dr Ferris presented findings from a follow-up study which analysed differences in patients’ immune system profiles. Higher levels of tumour-associated immune cells (TAICs) expressing the PD-L1 protein were associated with longer overall survival and greater likelihood of response to Nivolumab. In addition, patients with higher levels of circulating CD8, or cytotoxic, T cells—also known as killer T cells—and lower levels of regulatory T cells were associated with better response to treatment

“Our study shows that immune cells in the microenvironment around the tumour could play a critical role in how patients respond to immunotherapy. By determining the nature of these cells and how they are affected by treatments, we may be able to significantly improve the effectiveness of current therapies and help a greater number of patients,” said Dr Ferris.

There were numerous reports describing increased response and effectiveness of combined immunotherapies in clinical trials. Dr Yousef Zakharia, assistant professor in the Department of Internal Medicine at the University of Iowa presented data from a phase I/II clinical trial testing a combined therapy targeting the IDO pathway. As well as using the immune checkpoint inhibitor Pembrolizumab to increase the proportion of patients with advanced melanoma who respond to treatment. 52% of patients treated with the combination had a partial or complete response without significant added toxicities, compared to 30% with Pembrolizumab alone. 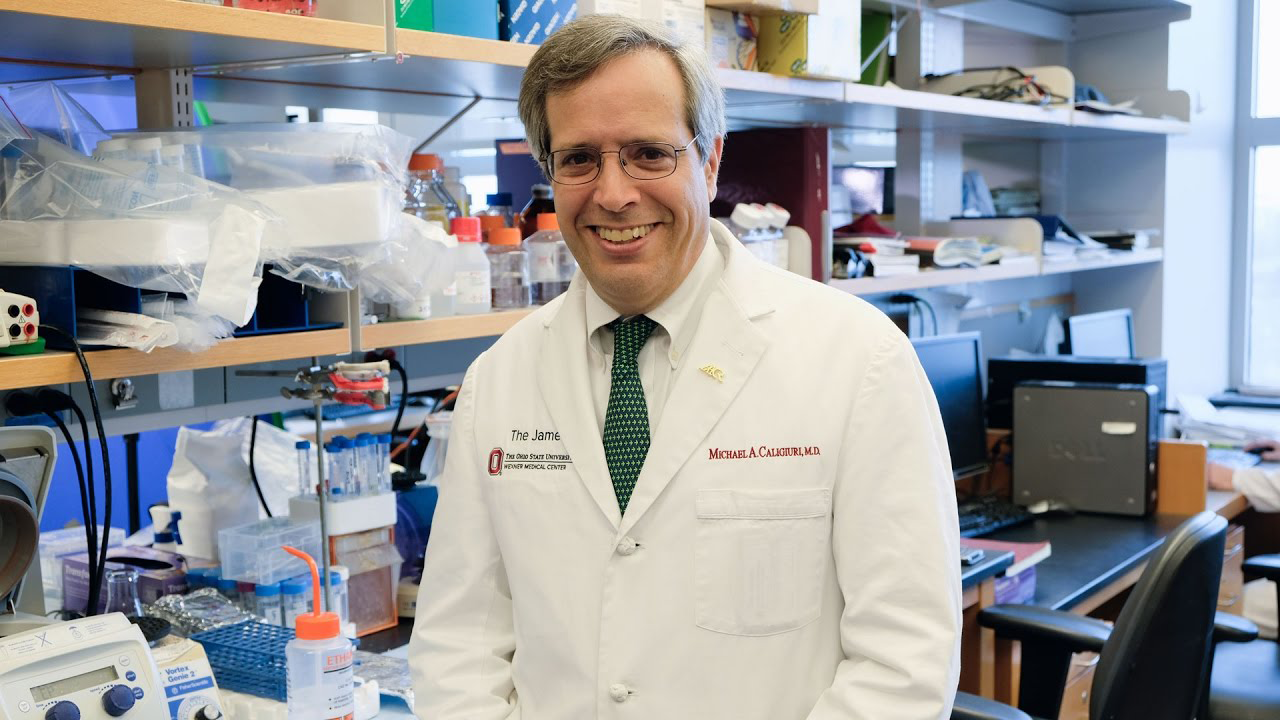 The incoming AACR president Michael A. Caligiuri announced plans for a spotlight on cancer health disparities research during his term. This will enhance epidemiological, environmental and molecular research in disparate populations, and improve biospecimen collection and availability such that precision medicine becomes available for everyone regardless of racial or socioeconomic differences.

Dr Chanita Hughes-Halbert, Medical Univ. of SC Hollings Cancer Center described new precision medicine tools and analytics to elucidate differential cancer outcomes and improve implementation in minority and diverse populations. Dr Hughes-Halbert warned that precision medicine could be a double-edged sword despite advances in screening and treatment because of this disparity.

“What is needed now is better funding for minorities research and training to increase the number of investigators who can research in diverse populations”. Professor Ulrike Peters, co-leader of PAGE, the Population Architecture using Genomics and Epidemiology study.

A staggering range and volume of research and trial data on new and existing therapeutics were presented at this year’s conference. There is continued progress on immuno-oncology and targeted therapy across many tumour types, with basic discoveries now translating into real benefit for many cancer patients. Rational combinations of therapies are leading to improved response rates, and cancer prevention and treatment can become more personalised due to an improved understanding of tumour genetics and microenvironment. An increased climate of collaboration between research centres and countries is leading to an acceleration of discoveries. We are already looking forward to next year!

Read this article on liquid biopsies for personalised cancer care

Discover the Freshness of Frozen PBMCs