What Can the Naked Mole-rat Teach Us About Cancer?

Laura Lansdowne is the managing editor at Technology Networks, she holds a first-class honors degree in biology. Before her move into scientific editing, Laura worked at the Wellcome Sanger Institute and GW Pharma.
Learn about our editorial policies
Credit: Juliette Martineau.

Complete the form below and we will email you a PDF version of "What Can the Naked Mole-rat Teach Us About Cancer?"

The naked mole-rat (Heterocephalus glaber) is a mouse-sized burrowing rodent. These hairless animal “super” models have attracted a lot of attention from the scientific community due to their unusually long lifespan, capability to “resist” cancer and impressive ability to survive for hours in environments with extremely low levels of oxygen – or without oxygen for 18 minutes!

Technology Networks recently had the pleasure of speaking with Ewan St. John Smith, from the University of Cambridge, to learn more about the work his laboratory is conducting to determine the mechanisms behind the naked mole-rat’s exceptional resistance to cancer.

Laura Lansdowne (LL): Why does the naked mole-rat garner so much attention from researchers working in cancer research and drug discovery fields?

Ewan St. John Smith (ESJS): The naked mole-rat (NMR) has a very low incidence of cancer for a mammal. Understanding how this cancer resistance comes about will hopefully broaden our understanding in terms of how cancer develops in humans and thus could potentially help us identify new ways to prevent and/or treat cancer in humans. I stress the importance of this low cancer incidence occurring in a mammal because birds also have a relatively low incidence of cancer, but there is a bigger leap between their biology and that of a human, and thus NMRs are a particularly good model to study.

LL: Could you summarize the methods and findings of your most recent study published in Nature, how did your findings differ from existing NMR studies investigating cancer resistance?

ESJS: Prior to our publication, there was a lot of focus on NMR cells themselves being resistant to becoming cancerous. A research group had claimed that when you make NMR cells produce two classical oncogenes, genes that drive cancer and cause mouse/rat cells to become cancerous, that this did not occur in NMR cells. However, what our study showed, in a very detailed and methodical way, that NMR cells can become cancerous in a similar way to the cells of mice or humans... which counteracted the other research group’s findings. Importantly, in a reply to our work, the authors of the original work also now observed that NMR cells can become cancerous, i.e. their original study appears flawed. 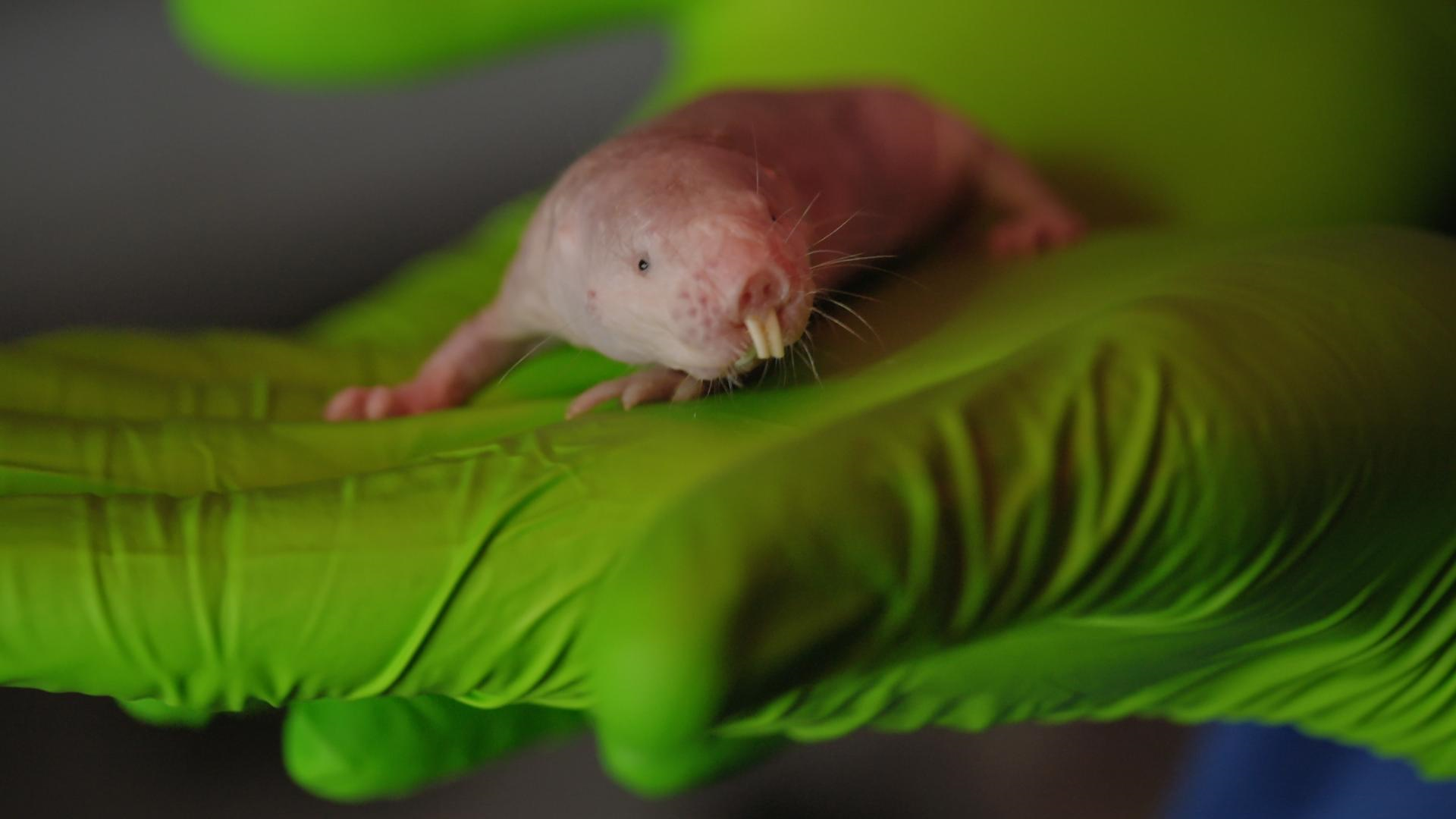 LL: How can our understanding of NMR cancer resistance mechanisms be used to develop interventions to prevent cancer in humans?

ESJS: Cancer comes in lots of different forms and whilst we are better at treating certain cancers compared to others, there is still a lot of progress to be made. From our work, we hope to identify the mechanisms underpinning cancer resistance in the NMR and if we are lucky then our findings will be translatable to prevent/treat cancer in humans. For example, if it turns out that a particular immune cell type in the NMR produces a certain factor that kills cancer cells early in development and that this process is far less efficient in humans, could that perhaps be boosted? It is difficult to speculate too much until we have more information. A lot of our understanding about cancer development and treatment has come from using mouse models, but fundamentally mice get cancer like humans. Hopefully, by studying NMRs, a mammal exhibiting exceptional cancer resistance, we will learn something truly transformational in preventing and/or treating cancer… one has to be optimistic!

LL: Could you elaborate on next steps?

ESJS: So, if NMR cells can become cancerous, why is that the animals themselves are so resistant? That is what we need to do next! Two obvious options to investigate are that either the NMR immune system is hypervigilant at identifying and killing off cancerous cells, or that the environment in which NMR cells live prevents cancerous cells from proliferating. There is lots of work still to do! For example, what happens if you try to induce cancer in NMRs using carcinogens that are well characterized in mice – do tumors develop? Does the naked mole-rat’s immune system change in a way that the mouse/human immune system typically cannot?

In brief, I think the most important finding that has resulted from our work is that the studies of the Gorbunova/Seluanov lab have driven research in a certain direction over the past decade and that the wider cancer community assumed that NMRs are simply resistant to cancer because their cells don’t become cancerous. Our research demonstrates that it is not that straight forward and that the search must continue, for us to understand why NMRs are resistant to cancer.

Complete the form below to unlock access to this Audio Article: "What Can the Naked Mole-rat Teach Us About Cancer?"