The STING Pathway and Cancer

The STING Pathway and Cancer

Laura Lansdowne is the managing editor at Technology Networks, she holds a first-class honors degree in biology. Before her move into scientific editing, Laura worked at the Wellcome Sanger Institute and GW Pharma.
Learn about our editorial policies
The STING Pathway. Credit: Aduro

STING (stimulator of interferon genes) is a key mediator of innate immunity and the STING pathway has been shown to be involved in the induction of an anti-tumor immune response.

We recently spoke to Andrea van Elsas, PhD, Chief Scientific Officer at Aduro Biotech to learn more about the company’s expertise in STING Pathway Activator technology. Andrea provides examples of natural STING pathway activators and discusses the potential use of synthetic STING pathway activators, in combination with other cancer therapies, as tools to fight against cancer.

Q: Could you tell us more about Aduro Biotech?

Product candidates from Aduro’s STING Pathway Activators, B-select monoclonal antibody and pLADD (personalized live, attenuated double-deleted Listeria monocytogenes) platforms are designed to stimulate and/or regulate innate and adaptive immune responses, either as single agents or in combination with conventional therapies (chemotherapy and radiation) as well as other cutting-edge immunotherapies. This diverse set of technology platforms has led to a strong pipeline of clinical and preclinical candidates, which are being evaluated in a number of cancer indications. Additionally, Aduro’s technology platforms have the potential to generate product candidates that address other therapeutic areas, such as autoimmune and infectious diseases.

Q: What is the cytoplasmic STING (Stimulator of Interferon Genes) receptor and how is it related to cancer?

A: STING is known to be a central mediator of innate immunity. When stimulated, STING induces the expression of type I interferon, cytokines and T cell recruitment factors that result in the activation of macrophages and dendritic cells, innate effector cells such as natural killer (NK) cells, and priming of tumor-specific T cells.

Q: Could you tell us about some of the natural STING pathway activators and the development of some of Aduro’s synthetic activators?

A: Natural STING activators are cyclic dinucleotides, small molecules expressed by bacteria and produced by intracellular enzymes when cells detect the presence of double-stranded DNA in the cytoplasm (a sign of infection or damage). Aduro has established pioneering expertise in studying proteins that make up the STING pathway and, working in collaboration with academic leaders in the field, has developed synthetic STING pathway activators with significantly higher activity than the natural STING ligands produced by bacteria and mammalian cells. These synthetic STING pathway activators are being developed for direct injection into tumors to stimulate an immune response against antigens present in that particular tumor. This process is expected to leverage the tumor itself as a “vaccine” enabling the induction of a tumor-specific immune response that is unique to the treated individual – providing an off-the-shelf small molecule approach to personalized immunotherapy.

Aduro scientists and collaborators at UC Berkeley first identified STING activating compounds produced during the research conducted on LADD. Subsequently, academic collaborations helped Aduro to further insights into the structure of STING bound by its natural ligand and the profound anti-tumor activity of synthetic STING agonists.

Q: Could you comment on the potential of use of synthetic activators in combination with other cancer therapies?

A: This is a key part of our development strategy. We believe that STING pathway activators could also be combined with multiple other types of cancer therapies – such as chemotherapy, radiation and monoclonal antibodies (e.g. checkpoint inhibitors and immune agonists) – as part of a more comprehensive approach to fighting certain cancers.

For example, we believe we may be able to activate a T cell response in cancers that are known to be relatively insensitive to checkpoint inhibitor immunotherapy (referred to as ‘cold’ tumors). Activating STING creates an environment that is conducive to T cell immunity and a perfect platform for combination with checkpoint inhibitors to systemically eradicate distant tumors in other areas of the body.

Q: What indications is ADU-S100/MIW815 being investigated for? Could you provide an update on the therapeutic development of this lead molecule?

A: Aduro’s lead molecule, ADU-S100/MIW815, is the first therapeutic in development specifically targeting STING. In collaboration with Novartis, it is being tested in a Phase 1 clinical trial in cutaneously accessible tumors, including breast, head-and-neck, and renal cell cancers as well as melanoma and lymphoma. The trial is evaluating the ability of ADU-S100 to activate the immune system and recruit specialized immune cells to attack the injected tumor, leading to a broad immune response that seeks out and eradicates non-injected, distant metastases. In addition, we are evaluating the combination of ADU-S100 with an anti-PD-1 checkpoint inhibitor for the treatment of advanced/metastatic solid tumors or lymphomas in a global Phase 1b study, and we aim to initiate the combination of ADU-S100 with ipilimumab (anti-CTLA4) in melanoma patients relapsed or refractory to anti-PD-1.

At the AACR meeting in April 2018, in addition to continued safety and tolerability, Aduro presented data validating the mechanism of action for ADU-S100 and its activation of the STING pathway. Our team determined unequivocally that an optimized dosing regimen of ADU-S100 in mouse models of cancer induced both innate and adaptive immunity and complete responses (cures) of mice bearing multiple cancer lesions. Importantly, the Aduro team presented evidence that CD8+ T cells are the critical mediators of the response responsible for eradication of distant lesions (also known as the ‘abscopal’ effect) as well as durability of response.

During the second half of 2018, along with our colleagues at Novartis, we expect to report on our ongoing Phase 1 clinical study of ADU-S100 monotherapy in a heavily pre-treated heterogenous patient population with cutaneously accessible tumors and we hope to share some initial observations of the ongoing combination study of ADU-S100 and PDR001 in patients with advanced metastatic solid tumors or lymphomas. 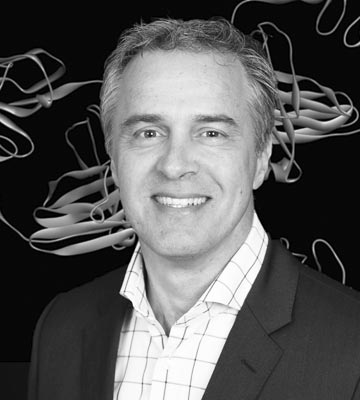