Calculating Cancer Risk: How Many Cigarettes Are There in a Bottle of Wine?

Calculating Cancer Risk: How Many Cigarettes Are There in a Bottle of Wine?

Complete the form below and we will email you a PDF version of "Calculating Cancer Risk: How Many Cigarettes Are There in a Bottle of Wine?"

Knowledge of the established link between tobacco smoking and cancer could provide a way to raise awareness of the link between alcohol and cancer, according to a new study published in BMC Public Health.

"Our study describes the percentage increase of the risk of cancer within the UK population associated with different levels of alcohol consumption and is the only study to provide a “cigarette equivalent” in terms of harm,” explains Theresa Hydes, corresponding author of the study, in a recent press release.

The health risks of tobacco smoking have been indisputably communicated to the general public for several years. Heavy taxes, advertising bans, explicit health warnings on packaging, and the implementation of public smoking bans in various countries have contributed here. In contrast the health risks (particularly cancer risks) associated with consuming alcohol are less-well understood, and it is generally perceived by the general public as being comparatively less harmful than smoking.

According to a report by the World Health Organization, an estimated 3.3 million deaths globally were a result of the harmful use of alcohol.

"We aimed to answer the question – purely in terms of cancer risk – that is, looking at cancer in isolation from other harms – how many cigarettes are there in a bottle of wine? Our findings suggest that the “cigarette equivalent” of a bottle of wine is five cigarettes for men and ten for women per week," says Hydes. 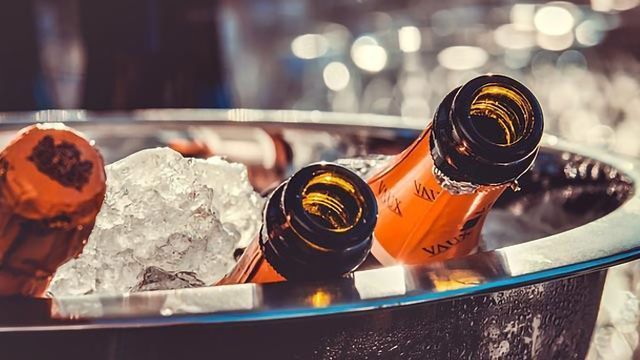 END_OF_DOCUMENT_TOKEN_TO_BE_REPLACED

The study authors note that this research does not suggest that drinking alcohol in moderation is in any way equivalent to smoking. The study addresses cancer risk in isolation, using previously published resources* to estimate the approximate absolute lifetime risk of cancer in non-smokers. This is then linked to moderate alcohol drinking.

Hydes concludes: "Our estimation of a cigarette equivalent for alcohol provides a useful measure for communicating possible cancer risks that exploits successful historical messaging on smoking. It is well established that heavy drinking is linked to cancer of the mouth, throat, voice box, gullet, bowel, liver and breast. Yet, in contrast to smoking, this is not widely understood by the public. We hope that by using cigarettes as the comparator we could communicate this message more effectively to help individuals make more informed lifestyle choices."