Policies, economic systems, and marketing practices that promote the consumption of energy-dense, nutrient-poor food, changing behavioral patterns that couple high total energy intake with insufficient physical activity, and human-built environments that amplify these factors are driving a worldwide rise in excess body weight, according to a new report. The report, appearing early online in CA: A Cancer Journal for Clinicians, a peer-reviewed journal of the American Cancer Society, says excess body weight accounted for approximately 3.9% of all cancers worldwide in 2012, a figure that will undoubtedly rise in the coming decades given current trends.

The review, co-authored by investigators at the American Cancer Society, Imperial College London, and the Harvard T.H. Chan School of Public Health, presents global and regional patterns in excess body weight, as well as factors driving the epidemic, a summary of the evidence linking excess body weight to cancer risk, and policy actions that could help address the issue. American Cancer Society scientist Hyuna Sung, Ph.D., is lead author of the report. 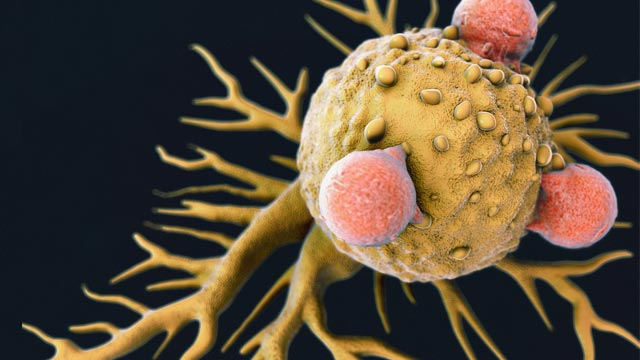 END_OF_DOCUMENT_TOKEN_TO_BE_REPLACED

The prevalence of excess body weight has been increasing worldwide since the 1970s. In 2016, approximately 40% of adults and 18% of children (ages 5-19 years) had excess body weight, equating to almost 2 billion adults and 340 million children around the globe. The report says the prevalence of excess body weight has increased rapidly in most countries across all population groups. Some of the steepest increases are in low- and middle-income countries, likely the result of the spread of the "Western lifestyle," consisting of energy-dense, nutrient-poor foods alongside reduced physical activity levels.

Overweight and obesity has been linked to an increased risk of 13 cancers: cancers of the breast (postmenopausal), colon and rectum (colorectal), corpus uteri, esophagus (adenocarcinoma), gallbladder, kidney, liver, ovary, pancreas, stomach (cardia), and thyroid, as well as meningioma and multiple myeloma. More recently, overweight has been labeled a probable cause of advanced prostate cancer as well as cancers of the mouth, pharynx, and larynx.

National wealth is the most apparent systematic driver of population obesity. The economic transition to a wealthier economy brings with it an environment that precipitate obesity. Each $10,000 increase in average national income is associated with a 0.4 increase in body mass index among adults. However, prosperity is not always correlated with excess body weight; obesity prevalence is quite low in high-income Asian Pacific countries (range, 4%-7%), which is likely a result of adherence to traditional dietary habits, which are conducive to lower calorie consumption, and an active transportation system that usually entails walking as part of daily activity. Meanwhile, the prevalence of obesity is very high in some lower-income countries, such as some Pacific Island nations (range, 40%-65%) and Egypt (43% among women and 24% among men).

Halting the rise in obesity is one of the World Health Organization (WHO)'s nine 2025 targets to address the growing global burden of noncommunicable diseases, including cancer. While the current pace of increasing and existing challenges makes achieving this goal appears unlikely, the WHO says high-priority strategies that should be adopted by governments, industries, and civil societies include population-wide, policy-led interventions to rectify the production, distribution, and marketing of unhealthy foods and changes in the built environment to promote adequate levels of physical activity.

Those interventions include eliminating trans-fats through the development of legislation to ban their use in the food chain; reducing sugar consumption through effective taxation on sugar-sweetened beverages; implementing subsidies to increase the intake of fruits and vegetables; limiting portion and package size to reduce energy intake and the risk of excess body weight; ensuring that urban design incorporates the core elements of residential density, connected street networks that include sidewalks, easy access to a diversity of destinations, and access to public transport; and providing convenient and safe access to quality public open space and adequate infrastructure to support walking and cycling.

"There is emerging consensus on opportunities for obesity control through the multisectoral coordinated implementation of core policy actions to promote an environment conducive to a healthy diet and active living," the authors write. "The rapid increase in both the prevalence of excess body weight and the associated cancer burden highlights the need for a rejuvenated focus on identifying, implementing, and evaluating interventions to prevent and control excess body weight."

This article has been republished from materials provided by American Cancer Society. Note: material may have been edited for length and content. For further information, please contact the cited source.