Patients with human papillomavirus (HPV)-positive throat cancer should carry on receiving chemotherapy rather than switching to a targeted cancer drug during curative radiotherapy, new clinical trial results have shown.

The trial, in more than 300 patients with HPV-positive throat cancer from 32 centres in the UK, Ireland, and the Netherlands, was set up to test whether combination treatment with a targeted drug, cetuximab, and radiotherapy could be a kinder treatment for people with HPV-positive throat cancer than cisplatin with radiotherapy, while offering the same survival benefit. 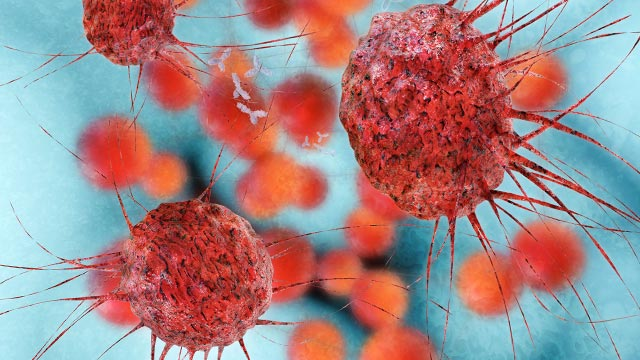 END_OF_DOCUMENT_TOKEN_TO_BE_REPLACED

The study found that in fact, people treated with cetuximab survived for a shorter time than those treated with cisplatin, and the occurrence of side-effects was similar in both treatment groups.

People with HPV-positive throat cancer can survive for 30 to 40 years. Treatment with cisplatin chemotherapy and radiotherapy is very effective, but it causes lifelong and sometimes debilitating side effects including dry mouth, difficulty swallowing, and loss of taste.

Cetuximab is already given to patients deemed unable to tolerate chemotherapy, for example because of poor kidney function or older age.

The research offers evidence against changing the use of cisplatin and radiotherapy as the standard treatment for people with HPV-positive throat cancer.

The new results were published in the prestigious journal The Lancet and presented at the European Society for Medical Oncology (ESMO) 2018 Congress in Munich, Germany last month.

The study found that people on cisplatin had a significantly higher overall survival rate than those on cetuximab, with 97.5 per cent of the cisplatin group surviving for two years or more compared with 89.4 per cent of people given cetuximab.

Over the course of the six-year study, six of the 166 patients given cisplatin with radiotherapy – 3.6 per cent – died of their disease, compared with 29 of 164 people – 18 per cent – treated with cetuximab and radiotherapy.

Cancer was three times more likely to come back within two years in people treated with cetuximab compared to those given cisplatin, with recurrence rates of 16.1 per cent versus six per cent, respectively.

Ten patients in the cisplatin group saw their cancer return, compared with 29 patients given cetuximab.

There were no differences between the two treatment groups in the overall number of side effects or of acute or late severe toxic events including dry mouth and difficulty swallowing, but more patients who received cisplatin experienced serious side-effects such as kidney problems and falls in blood counts than those who were given cetuximab.

The rise in the number of people diagnosed with throat cancer has been attributed to HPV, which is often a sexually transmitted infection.

Most cases of throat cancer were previously caused by smoking and alcohol and most commonly affected 65 to 70 year old working class men. Today, HPV is the main cause and patients tend to be aged around 55, middle class, working, and have young children.

“We had hoped that the targeted drug, cetuximab, would prove to be as effective as chemotherapy for people with HPV-positive throat cancer, while giving them fewer side-effects.

“Our new study shows that for now, chemotherapy with radiotherapy is still the best treatment option for these patients.

“The number of people diagnosed with HPV-positive throat cancer has been on the rise, and people are being diagnosed at a younger age. We urgently need to find kinder treatments with fewer side-effects to increase people’s long-term quality of life.”

Professor Hisham Mehanna, Director of the University of Birmingham’s Institute of Head and Neck Studies and Education, who led the study, said:

“Many patients have been receiving cetuximab with radiotherapy on the assumption that it was as effective as cisplatin chemotherapy with radiotherapy and caused less side effects but there has been no head-to-head comparison of the two treatments.

“Cetuximab did not cause less toxicity and resulted in worse overall survival and more cancer recurrence than cisplatin.

“This was a surprise – we thought it would lead to the same survival rates but better toxicity. Patients with throat cancer who are HPV positive should be given cisplatin, and not cetuximab, where possible.”

This article has been republished from materials provided by ICR. Note: material may have been edited for length and content. For further information, please contact the cited source.