A new study has found that extracellular magnesium levels affect T-cell responses both in vitro and in vivo.

Magnesium and its role in health

Magnesium (Mg2+) is the second most abundant cation in mammals, after calcium. It supports over 300 enzymes in conducting a variety of chemical processes within the human body, such as building proteins and regulating blood pressure. “More than half of the magnesium is fixed in bone tissue. Of the remainder, around 97% is intracellular – leaving only 3% in the extracellular fluid, 40% of which is bound to proteins,” Christoph Hess, professor in the department of biomedicine at the University of Basel and the department of medicine at the University of Cambridge, told Technology Networks.

Magnesium exists naturally in a myriad of different foods, like almonds, milk, soybeans and fish, but it can also be obtained via supplementation if an individual has difficulty reaching their recommended daily allowance. A deficiency in magnesium intake – known as hypomagnesemia – has been linked to an increased risk of developing diseases like cancer.

“Prevalence of hypomagnesemia in the general population is reported to be as high as 2.5%, increasing to 10% in patients admitted to a geriatric facility, 10–20% in hospitalized patients and up to 60% among the critically ill,” Hess said.

A limited amount of scientific research has explored how magnesium abundance may impact the immune system with some associations identified. In mouse models of cancer, when a low-magnesium diet is introduced, the animals’ cancer spreads faster. Immune responses against infectious pathogens – such as influenza – are also weakened.

However, previous work has focused largely on intracellular magnesium in immune cells. “Its extracellular role has been largely overlooked to date,” Hess noted.

In a new study published in Cell, Hess and colleagues used in vitro and in vivo studies to explore how extracellular magnesium levels influenced immune responses, specifically focusing on T-cell activation.

What are T cells?

T cells are a key component of the adaptive immune system. They are responsible for orchestrating the immune response and for eliminating infected and malignant cells.

Hess and colleagues first conducted experiments in a test tube to investigate how well T cells can be activated in the presence versus absence of magnesium. Next, they looked at various disease and cancer mouse models, and again investigated how well infections and cancer tissues were removed by T cells when extracellular magnesium levels were high, versus low. 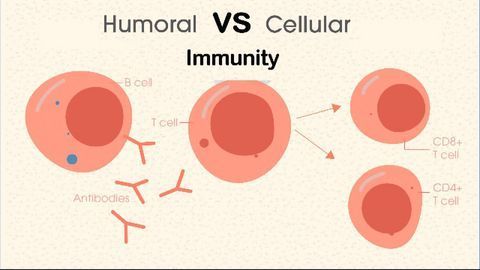 END_OF_DOCUMENT_TOKEN_TO_BE_REPLACED

Integrins are cell surface receptors that are involved in regulating adhesion, signal transduction and migration of T cells. LFA-1 is an important integrin; it functions as a docking site that enables the cells to lock on to their target cell. When this protein is in its inactive state, it is “bent” and thus cannot bind to infected or abnormal cells. “This is where magnesium comes into play. If magnesium is present in sufficient quantities in the vicinity of the T cells, it binds to LFA-1 and ensures that it remains in an extended – and therefore active – position,” Hess explained. 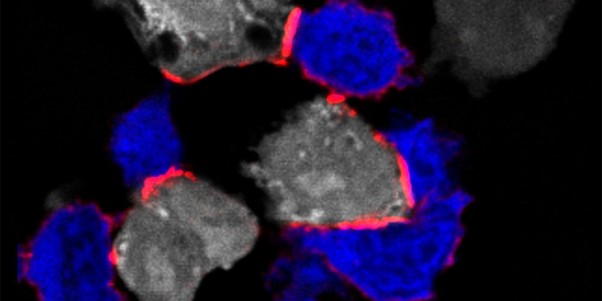 Implications for immunotherapies in cancer treatment

The findings of Hess and colleagues may have implications for cancer treatment, the authors describe in the publication. In addition to the experimental model data, they conducted a retrospective analysis of clinical trials that had tested immunotherapy treatment for cancer patients.

From this cohort, low serum levels were found to be associated with a poorer response to immunotherapy, faster disease progression and reduced chance of survival.

Could magnesium function as an immunomodulatory agent? It’s possible, but further work is needed, Hess emphasized: “While stratifying human cancer patients, according to serum magnesium abundance, was discriminating study participants with regard to relevant endpoints in both a CAR T cell- and an immune checkpoint-trial, the retrospective nature of these analyses limits the significance of the associations detected.”

To overcome the limitation of this retrospective analysis, Hess and colleagues have plans to run prospective controlled clinical trials that will clarify the relevance of magnesium levels in cancer medicine: “We plan to study patients that are treated with CAR T cells and patients receiving checkpoint inhibitor therapy,” Hess explained.

The researchers are hopeful that, if they can translate their findings – by directly delivering magnesium to tumors or identifying other methods to engage LFA-1 – their work may help to improve treatment options for cancer patients amenable to immunologic interventions.

Technology Networks asked Hess whether this might be a cost-effective option for optimizing immunological-based cancer treatments. “Magnesium per se is very cheap – how costly immunotherapy harnessing our findings will be is impossible to predict at this stage,” he concluded.