Molly Campbell is a senior science writer at Technology Networks. She holds a first-class honors degree in neuroscience. In 2021 Molly was shortlisted for the Women in Journalism Georgina Henry Award.
Learn about our editorial policies
Credit: The National Cancer Institute.
Read time:

A simple blood test that is designed to detect more than 50 forms of cancer will be trialed by the NHS, in efforts to detect signs of the disease much earlier and treat patients before the cancer has progressed to an advanced stage.

“Every year, nearly 200,000 people in the UK die from cancer. Many of these people are diagnosed too late for treatment to be effective,” said Lord David Prior, chair of NHS England in a recent press release.

The multi-cancer early detection blood test called Galleri™, developed by GRAIL, will be made available to UK patients from mid-2021. The pilot program will involve ~165,000 participants, the majority (140,000) will be people > 50 years of age with no signs of cancer, the remaining participants (25,000) will include people ≥ 40 years of age who are experiencing signs or symptoms of the disease. Data from the pilot will be used to determine whether access to the test should be expanded to ~ 1 million people across 2024 and 2025.

“This collaboration between the NHS and GRAIL offers the chance for a wide range of cancers to be diagnosed much earlier and could fundamentally change the outlook for people with cancer,” said Prior. 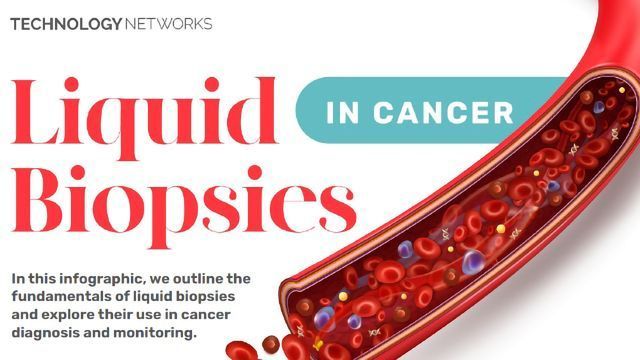 END_OF_DOCUMENT_TOKEN_TO_BE_REPLACED

Cancer is responsible for 28% of all deaths in the UK. In January 2019, the NHS published its long-term plan to improve survival rates. The plan sets a new goal that from 2028 an additional 55,000 people each year will survive for five years or more following their cancer diagnosis and 75% of cancers will be diagnosed at an early stage.

There are several additional benefits associated with early detection of cancer beyond improving survival rates, including enhanced quality of life, reduced cost and complexity of cancer treatments, as well as giving patients and caregivers the opportunity to learn about the disease and suitably plan for the future.

Researchers have been working tirelessly to develop novel diagnostic testing strategies, such as liquid biopsies, to facilitate the earlier detection of cancer. Liquid biopsies can detect a range of different biomarkers which are shed by tumors and circulated in bodily fluids, including the blood.

“Earlier detection of cancer offers arguably the single biggest opportunity to save lives from the disease, and tests like GRAIL’s have great transformative potential.

Large research studies of these tests are essential for determining if they’re effective, and a vital step in getting them to patients, if proven to work,” said Michelle Mitchell, chief executive at Cancer Research UK.

About the Galleri test 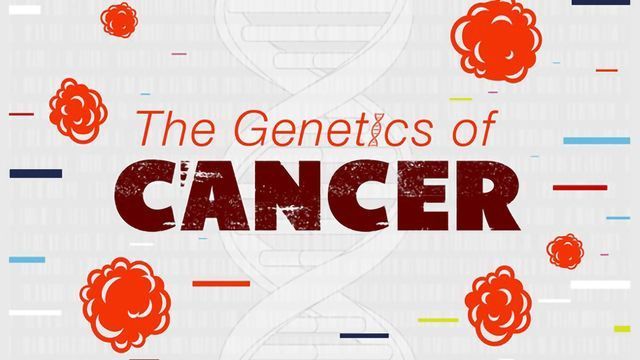 END_OF_DOCUMENT_TOKEN_TO_BE_REPLACED

Cancer is a complex genetic disease that is caused by particular changes to the genes in an individual’s cells. These alterations disrupt normal cell function – specifically affecting how a cell grows and divides. Cancer cells possess more mutations compared to normal cells, and these genetic changes are present in cell-free DNA (cfDNA.

cfDNA underpins the Galleri test. “Galleri is a methylation-based assay [used] to analyze cfDNA. It looks for abnormal DNA that has been shed from cells," said Jodie Moffat, head of early diagnosis at Cancer Research UK.

The test combines genomic sequencing and computational algorithms to search for cancer-specific DNA methylation patterns in a blood sample, the aim being to detect cancer earlier and to infer where in the body the cancer originated from.

What is DNA methylation?

DNA methylation is an epigenetic mechanism that involves methylation of the DNA cytosine residue at the carbon-5 position. DNA methylation that occurs aberrantly is often oncogenic, and as such, certain methylation signatures have been assigned to specific types of cancer.1

A gamechanger for detecting cancer?

Blood test-based diagnostic approaches are touted as the future of cancer diagnostics, largely due to the fact they offer the potential for earlier diagnosis, but also because they are less invasive than tumor-based diagnostic methods.

In a press release, Sir Harpal Kumar, president of GRAIL Europe, describes Galleri as a "ground-breaking and potentially life-saving advance" that could have "tremendous human and economic benefit." Professor David Cunningham from The Royal Marsden added that the test could be a "gamechanger" for detecting cancer at an earlier stage.

However, it is important that the trial demonstrates the test is able to detect very small amounts of DNA for it to be useful in diagnosing early-stage cancer. "One of the challenges for this type of test comes down to being able to detect very small quantities of abnormal DNA circulating in the blood. Because the amount of circulating tumour DNA tends to increase as a cancer becomes more advanced, these types of blood tests have tended to be better at detecting later stage disease than early stage disease," Mofatt said.

Whilst several clinical studies are exploring the utility of the Galleri test, there is some scepticism within the scientific community as to whether it will be effective, based on the currently available evidence. "Results so far, from studies outside of the UK, have been promising, and the number of cancer types that it seems to be able to pick up is large," Mofatt said. However, sample sizes have been small for studies in certain cancer types, and follow-up has been limited for patients that did not receive a positive test.

"It is extremely difficult to determine, from this press release, the scientific basis for this so-called pilot study.  There is no published evidence that this test is an effective test for screening for cancer, so one has to question the aims of the pilot," said Paul Pharoah, professor of cancer epidemiology at the University of Cambridge.

Pharoah goes on to discuss a number of concerns surrounding the study, including its structure: "A pilot study is a study designed to evaluate the feasibility of a process – the implementation in the NHS as described is not a pilot.  It is not necessary to use the test 165,000 times in order to pilot the feasibility. This suggests that the aim of the ‘pilot’ is to address a scientific question or questions. However, those questions are not described." He argues that the most appropriate way to evaluate the performance of a screening test is via randomized, controlled trials, which this pilot scheme is not.

A particular concern is the likely situation whereby an individual receives a positive test result but does not have detectable cancer. “This test sometimes misses cancers so must not replace the screening tests we already are offered. It is rarely wrong though – which means people with a positive test do need investigating further," said Professor Sam Janes, respiratory consultant at UCLH. Who will bear the cost and the investigation of positive tests?

The real-world applicability for blood-based cancer diagnostics continues to be explored, and the pilot study proposed by the NHS today will certainly contribute more data to this effort.

Results of the study are expected by 2023. Should the data demonstrate that the test is effective, the studies will be expanded to involve ~ 1 million participants throughout 2024 and 2025.

Professor Peter Johnson, national clinical director for cancer at NHS England and improvement said, “The NHS has set itself an ambitious target, to find three-quarters of cancers at an early stage, when they have the highest chance of cure. Tests like this may help us get there far faster, and I am excited to see how this cutting-edge technology will work out, as we test it in clinics across the NHS.”